Works of art, particularly those found in our churches, give us an insight of God’s beauty. Sacred art not only manifests the artist’s capabilities but also exalts the community’s level of faith, since the beauty of what is human leads us to reflect on what is spiritual. This was the two-pronged consideration of the Maltese artist Giuseppe Bonnici, which he fully achieved. 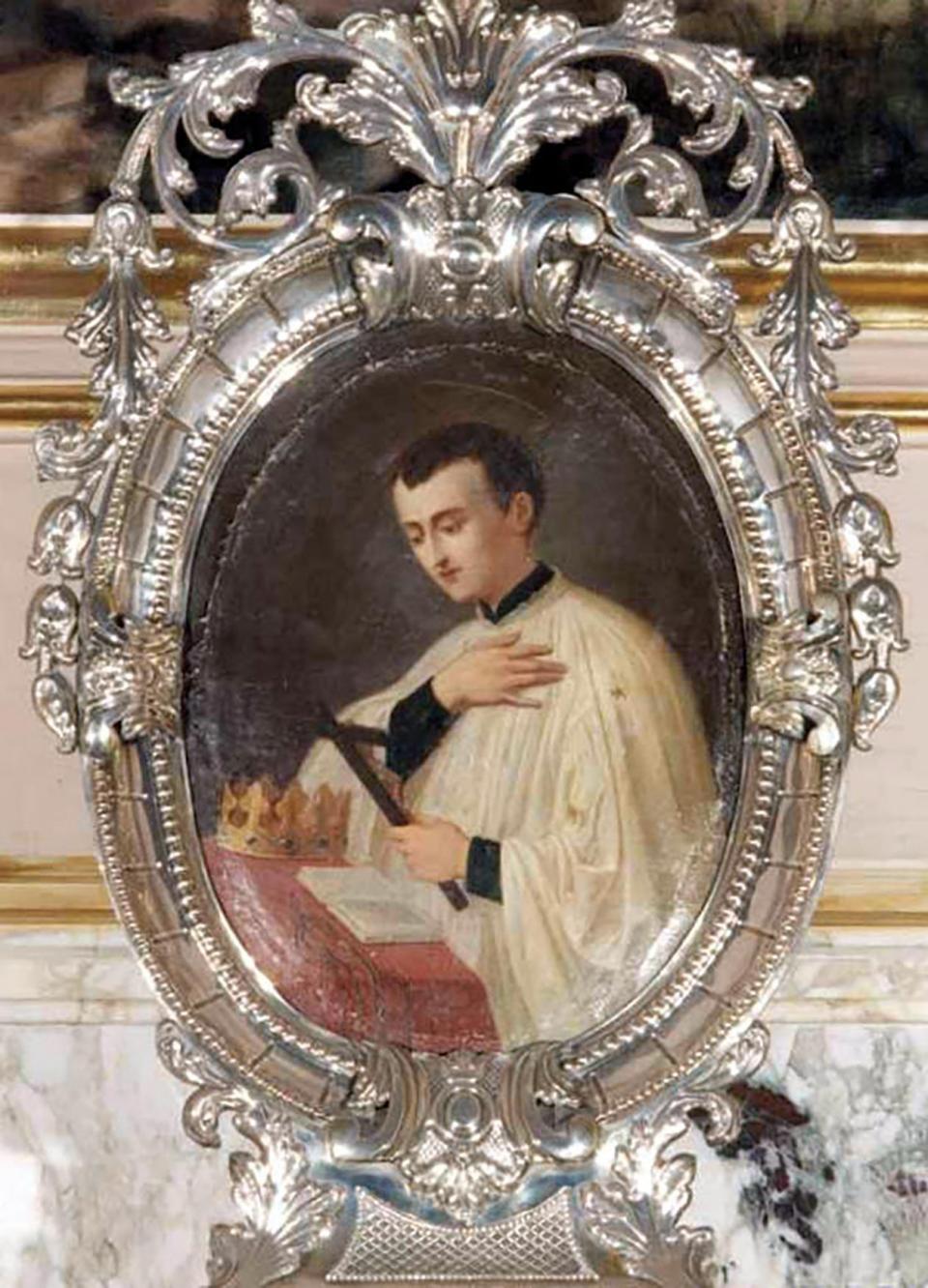 Born in Senglea on December 11, 1835, Giuseppe was the son of Antonio Bonnici and Carmela née Pappalardo. He was baptised on December 13 by Canon Francesco Bonello at the Senglea Collegiate. In the parish’s Status Animarum of 1846, he is listed as the youngest of five siblings who lived at no 70, St Peter and St Paul Street, Senglea.

Quite naturally, the young Giuseppe started his artistic training under Tommaso Madiona (1803-1864) who, at the time, also lived in Senglea. It was probably Madiona himself who encouraged him to continue his studies at the Accademia di San Luca in Rome, under Tommaso Minardi (1787-1871).

Some time after he left for Rome, he sent to Malta a small painting showing Prophet Elijah Raising from the Dead the Son of the Widow of Sarefta which, as one reads in L’Ordine (June 9, 1854, p. 4314), was exhibited for a few days at the public library in Valletta. 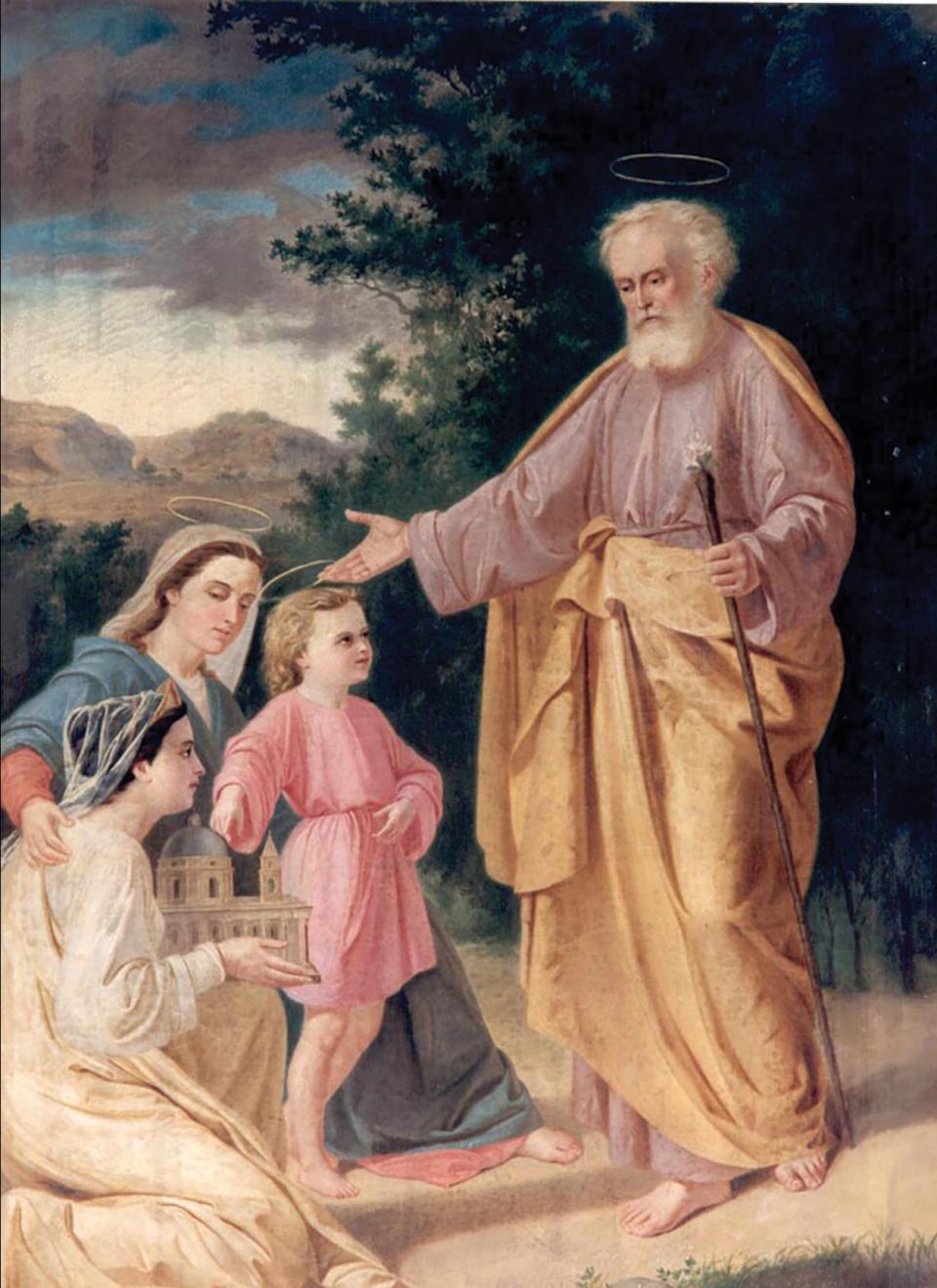 The painting was apparently praised by everyone, so much so that the same newspaper, on June 16, 1854, (p. 4318) expressed confidence that the young Maltese artist would advance in the path he had chosen.

In Rome in 1858, he created the painting showing The Marriage of the Virgin for Mosta parish church under the supervision of Minardi, who gave him a letter of recommendation in September. In 1866, Bonnici painted two other works for the same parish – the Rest on the Flight into Egypt and Jesus in the Garden of Gethsemane.

Also in 1858, he was nominated a delegate to the International Paris Exhibition and was awarded the Légion d’Honneur. 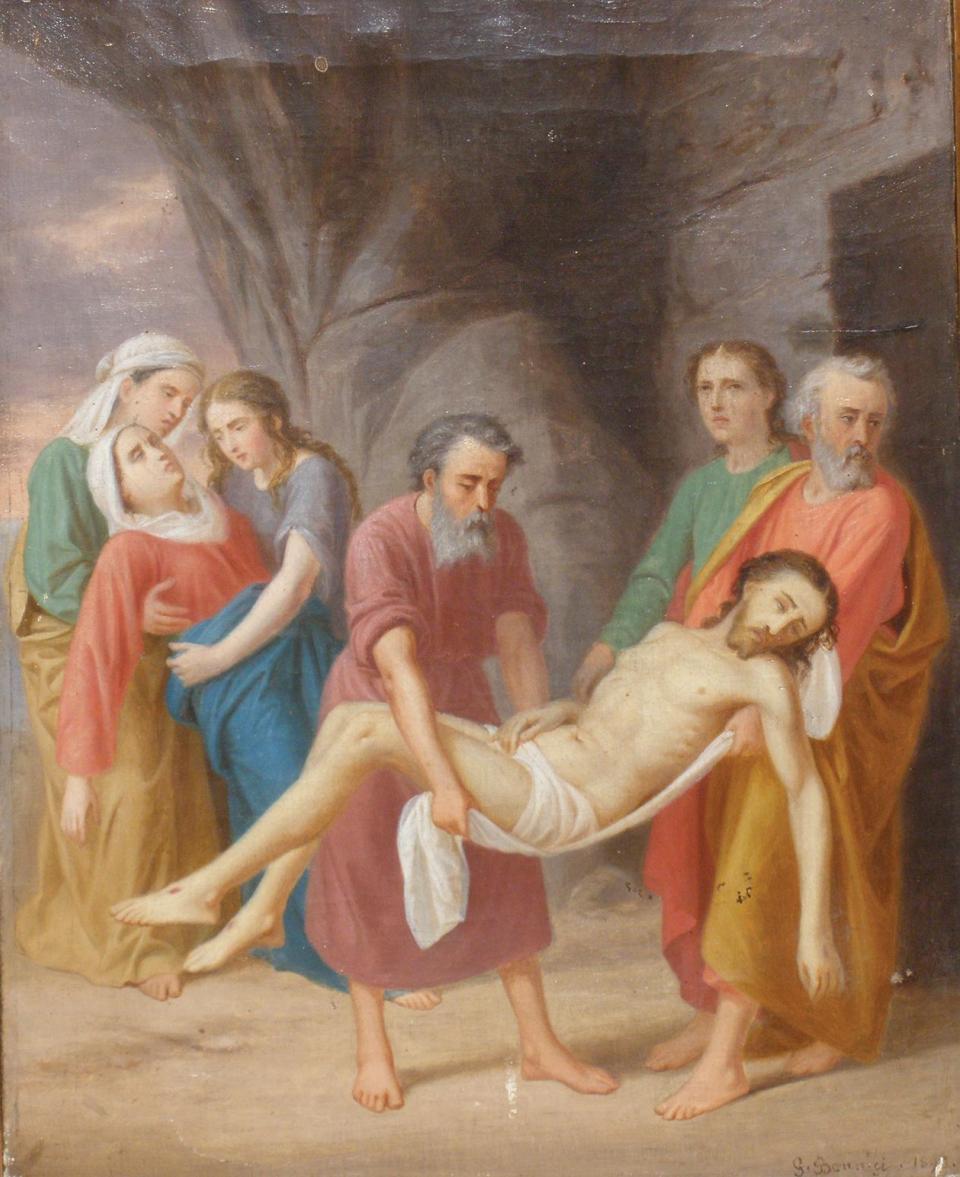 Seventh Station of the Via Matris, 1890, Oratory of Holy Crucifix, Senglea.

On February 26, 1859, Bonnici, together with some other Maltese artists, was unsuccessful in his petition to decorate the dome of St Paul’s Cathedral in Mdina. In the petition, he had offered to create his sketches in Malta, or in Rome, under the guidance of his master, and accepted to work either with oil on canvas or a fresco, according to the wishes of the Cathedral chapter.

A close look at Bonnici’s list of works reveals that he painted several episodes from the life of Christ. Of particular interest are two paintings found at the Wignacourt Museum, Rabat. One depicts the Supper at Emmaus and the other the Noli me tangere. In the latter, there is a detail never seen in the iconography of this episode. We see Christ carrying the shovel of the gardener, as Mary Magdalene had thought he was.

In April 1876, Albert, Prince of Wales, the eldest son of Queen Victoria, paid an official visit to Malta. A special committee, chaired by Alfred Christian, chairman of the Chamber of Commerce, was set up so that Valletta could be embellished for the occasion. Local artists gave their contribution by making a number of quadri a trasparente  to be placed in prominent places. Bonnici’s quadro a trasparente showing Emperor Charles V giving Malta to Grand Master L’Isle Adam in 1530, which was somehow lit from behind, was placed at the Main Guard. Bonnici could not fail to create works for the parish church of his home town. In 1860, he painted the canvas showing St Joseph and the Holy Family, in which he included an allegorical figure of the Faith presenting a model of the church to St Joseph. The painting, which was funded by the artist’s own father, is the same one we see today on the altar dedicated to the saint in Senglea parish church. 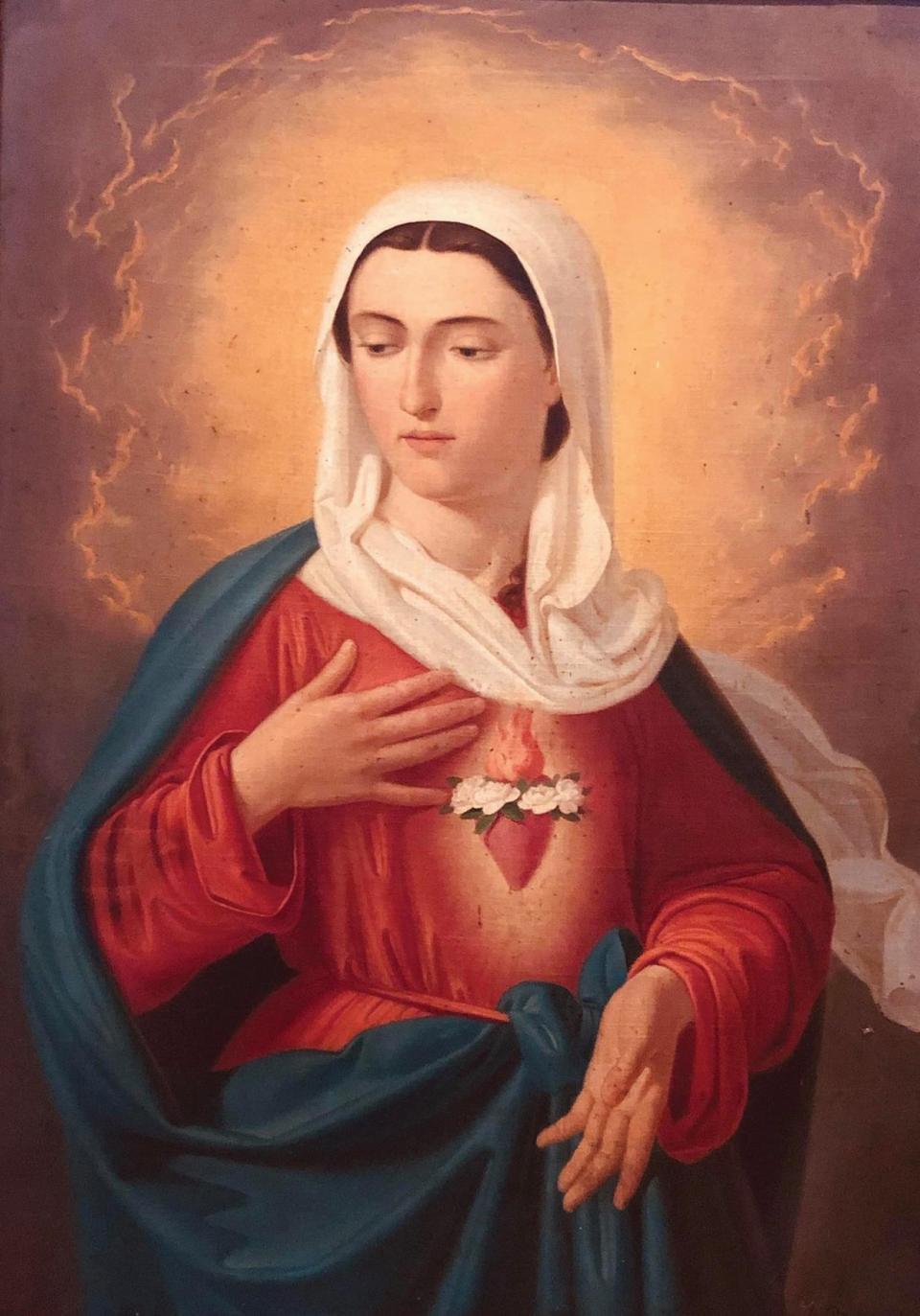 However, Bonnici’s more demanding work for the said parish church came later in the 19th century, when he was commissioned to decorate the choir vault with figures of saints linked to the Blessed Virgin and other Marian symbols. In 1882, he adorned the dome with figures of angels holding symbols of purity, peace, victory and other virtues.

He also painted the four pendentives under the dome, with the figures of Judith, Esther, Deborah and Jael, considered as prefigurations of Our Lady.

In 1927, due to structural damages, the dome was replaced and Bonnici’s paintings were lost in the process. During the following decade, the paintings covering the choir vault were also replaced by new ones produced by Joseph Briffa. At that time, the painted decorations on the pendentives were also earmarked for replacement. To this day, this is still considered an unethical and controversial procedure on artistic and technical grounds and is contested by many. Eventually, the destruction of the basilica during World War II put paid to any such plans and effectively destroyed any remains of these paintings. 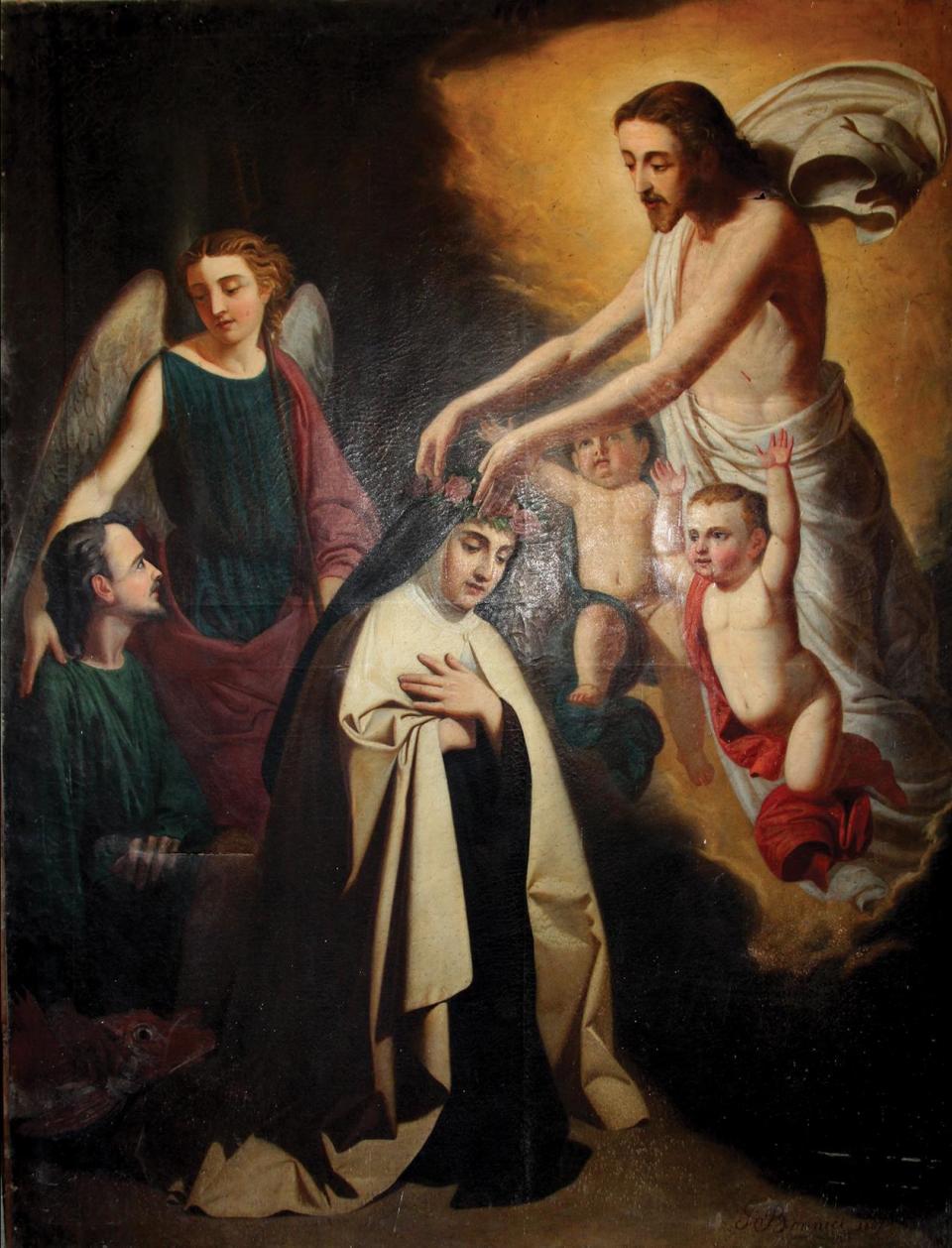 Bonnici also painted for the collegiate church the images of Our Lady of the Consolation and Our Lady of Mount Carmel. While the first was lost during the war, the other was later modified by artist Carmelo Spiteri, also from Senglea, to adorn the altar of Our Lady of the Shackels.

In addition to these, Bonnici painted the images of the Sacred Heart of Jesus in 1880, and the Immaculate Heart of Mary in 1890, as well as those of St Aloysius Gonzaga and St Peter and St Paul. Towards the last years of his career, he worked on the set of seven paintings, forming the Via Matris  for the Oratory of the Holy Crucifix annexed to the parish church, dated 1890. Bonnici painted several images depicting St Joseph. Among these, one can be seen in the parish church of Xagħra, and another in the church of St Barbara, Valletta. This painting is signed and dated 1889. 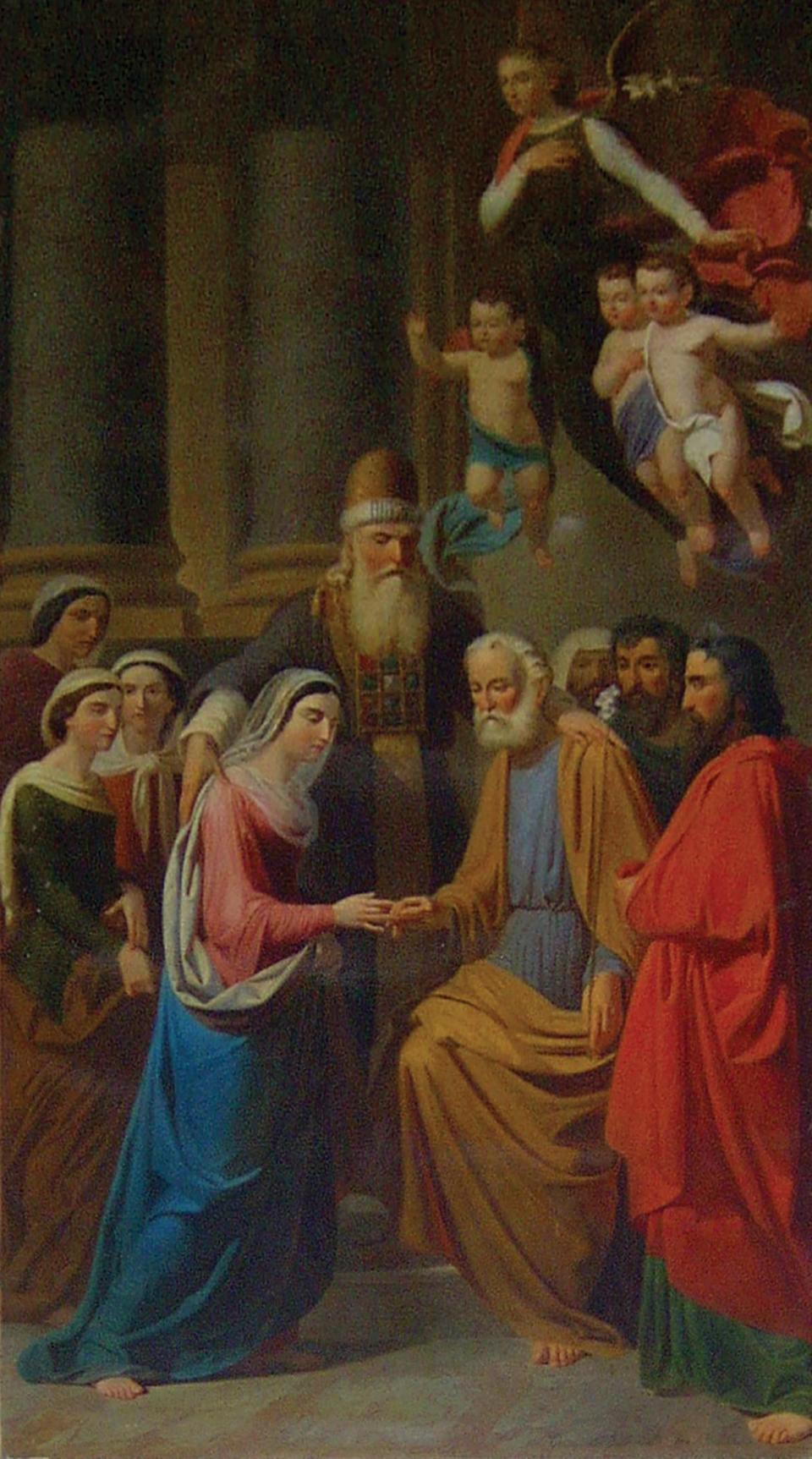 Also in 1889, he painted six lunettes for the transepts of Attard parish church. This was the first time any of the parishes of that region in Malta were decorated in this way. These lunettes, enlivened by a bright palette, are characterised by a rather prosaic treatment, which is somewhat surprising for anyone familiar with the decoration in Maltese baroque churches.

It is impossible to mention all of Bonnici’s works, and many of his works were lost, such as those he painted for the Annunciation church in Vittoriosa, which was completely destroyed during the air raids of the last war.

In addition to these works on religious subjects, Bonnici worked on a number of portraits.

Bonnici also had contacts abroad. In 1873, he was paid 600 scudi from the Commissariat of the Holy Land, Valletta, which at that time was under the care of Fr Giovanni Gaetano Galea, OFM, for the altar painting of Our Lady of Mount Carmel, made for a church in Bolacco near Port Said in Egypt. In addition to this painting, Bonnici appears to have done other works for that church. Thus, one gets the impression that Bolacco’s Maltese benefactors were very keen to further beautify their church.

At the peak of his career, Bonnici enjoyed a high reputation and wide admiration, as can be seen from an article in The Malta Times, February 27, 1886, (p.6), in which one reads that “Mr Bonnici, the painter at Senglea, is an excellent artist who follows with great talent both the ancient and the modern school. His Judith and Holofernes and his Eleanor and Tasso do him great honour”.

Around 1890, Bonnici moved to Ħamrun where he lived together with his daughter and used a workshop at no. 131, St Joseph Street. He died in Ħamrun in 1900. He was not the only member of his extended family who took up an artistic trade. His uncle was sculptor Vincenzo Bonnici (1821-1865) while he cousin was Aristide Bonnici (1851-1888). Although we do not know much about his personality and character, he was undoubtedly one of the island’s foremost artists who dominated the second half of the 19th century and whose works we can still admire.

Like many other personalities, Bonnici certainly did his hometown, Senglea, proud.