By the end of April 1942, the air defence of Malta was precarious. Only seven Spitfires and a few Hurricanes remained in service.

At the same time, British prime minister Winston Churchill was determined that Malta must be held, even at serious naval risk, a decision which was supported by the Admiralty.

He, thus, appealed to US president Franklin Roosevelt for the further use of the aircraft carrier USS Wasp to deliver more Spitfires. The latter’s response was favourable.

Therefore, USS Wasp returned to Glasgow on April 30, 1942 to load 50 Supermarine Spitfire Mk VCs at King George V dock in Shieldhall. USS Wasp and her escorting force (Force W) sailed from Scapa Flow on May 3. A further 17 Spitfires, delayed from previous ‘club runs’, were transported by HMS Eagle, which joined Force W, on May 7-8 from Gibraltar. The code-name was Operation ‘Bowery’, which was launched on May 9 and 62 Spitfires were flown off USS Wasp and HMS Eagle (61 arrived). 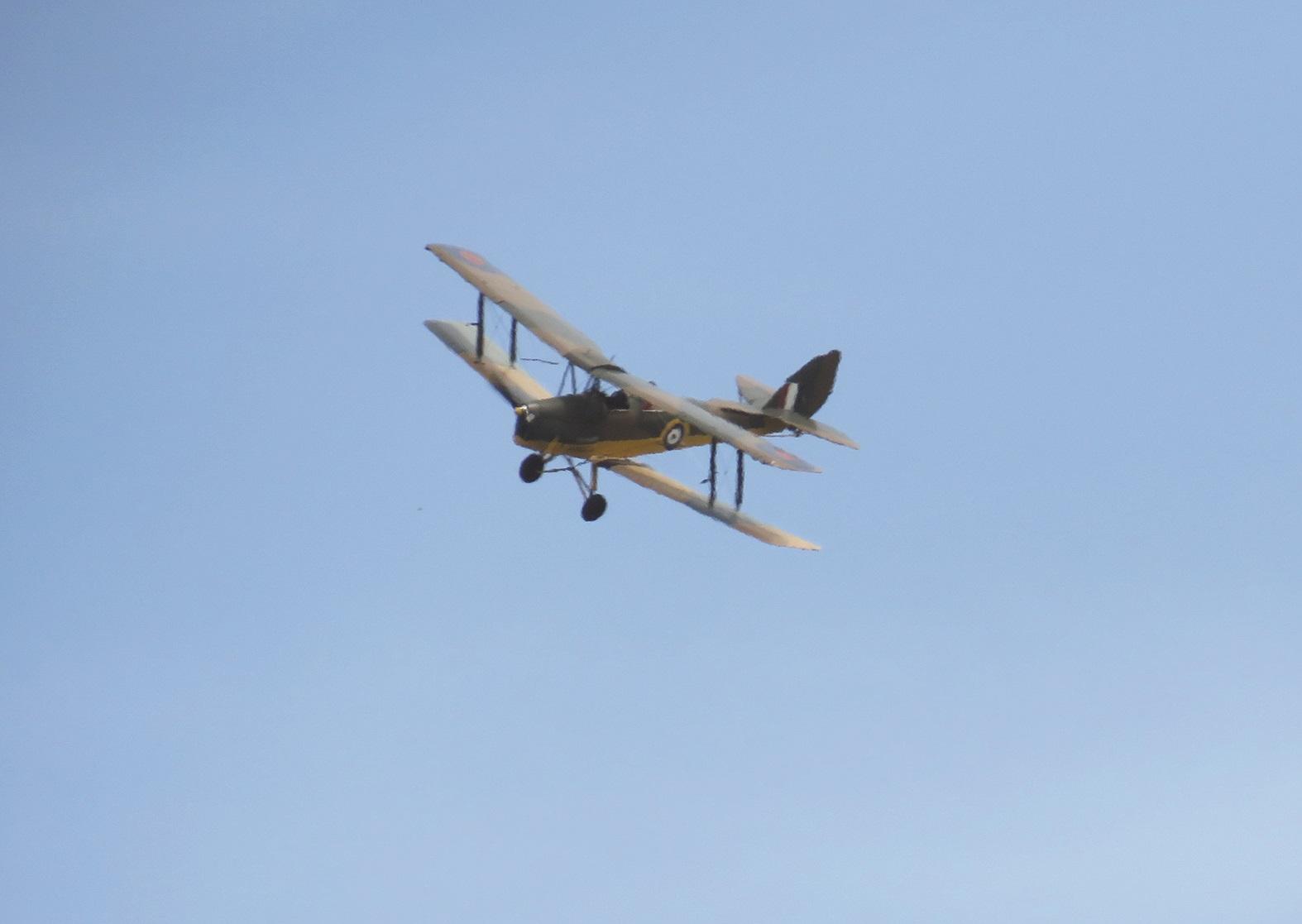 Meanwhile, the minelayer HMS Welshman left Gibraltar on May 8 with HMS Eagle’s Operation Bowery squadron and remained with the fleet until dawn of May 9, when she dashed off on a high-speed run to Malta. She was carrying, apart from food and general stores, 100 spare Merlin aircraft engines and RAF ground crews trained on Spitfires. She was disguised as a three-funnelled French destroyer (Léopard class).

The minelayer finally reached Malta at 6.30am and went directly into No. 5 Dock. HMS Welshman had to endure a fierce assault by the Luftwaffe during the day but was not damaged, to a large extant thanks to the smoke screen from the canisters that she had herself brought and the defence of the Spitfire fighters. She left Valletta on the same evening, arriving back at Gibraltar on May 13.

Air raids according to the Malta Police reports

The first bombs were reported to have been dropped during the first hours of May 10. A concise version of the police reports (see factbox on the right) for the day gives us a clear picture of what really happened before, during and after the arrival of the new Spitfires.

Meanwhile, 62 Spitfires were airborne at dawn making their way on a three-hour, 45-minute flight to the airfields of Ta’ Qali, Ħal Far and Luqa from the aircraft carriers. 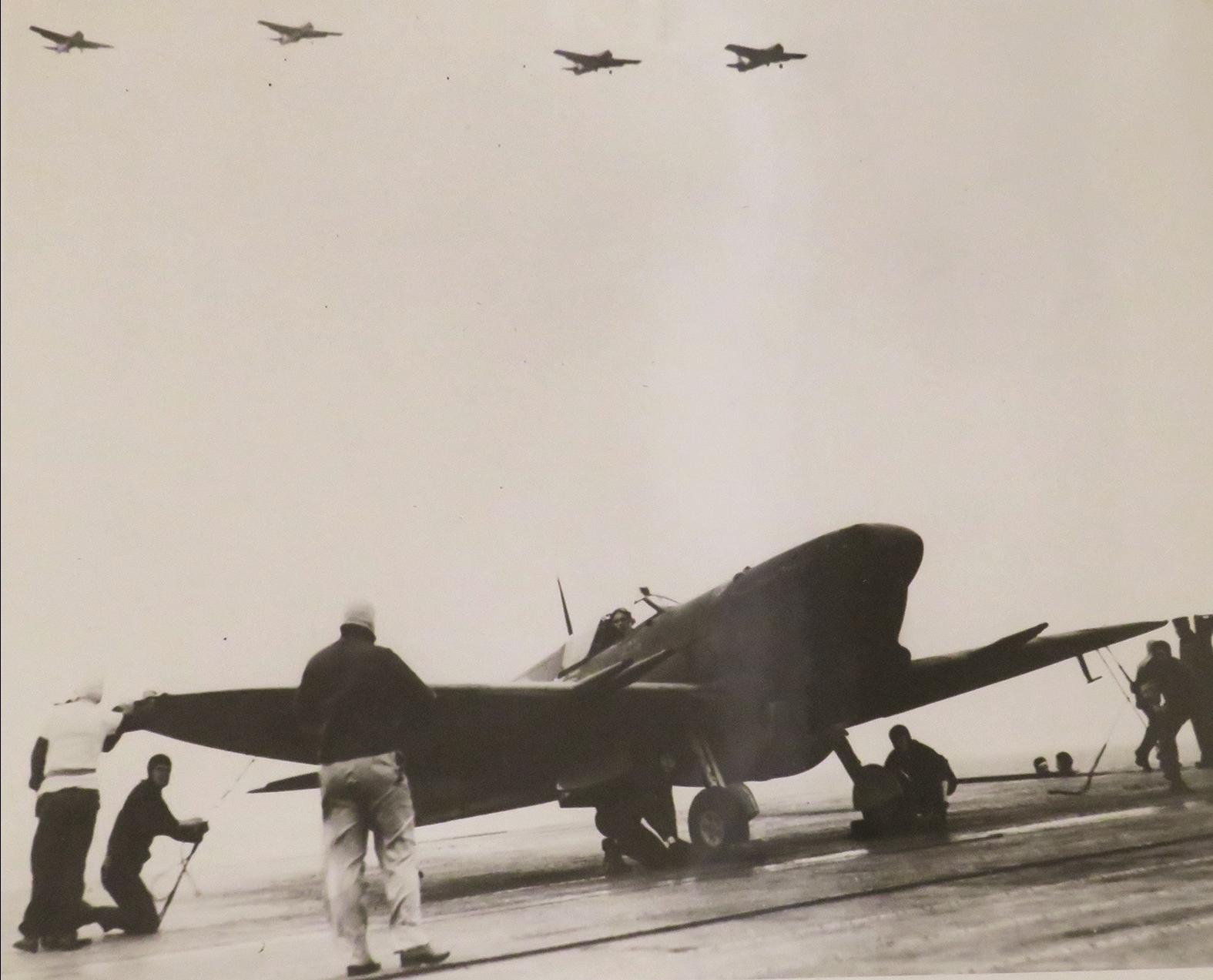 A Spitfire is ready for take-off. Note four of the USS Wasp’s F4F (Martlet) overhead, protecting both the carrier and the Spitfires taking off.

Discrepancy between the police reports and the RAF Intelligence Reports

As usual, the time of the air raid warnings and the approaching and bombing by enemy aircraft nearly or never match. As one can notice, different air raid timings are reported by the Malta Police and by the RAF Intelligence Reports (see below). However, both reports are important for the general view of the air battle of Malta and the death and destruction brought by the Axis attacks on the island.

The RAF Intelligence Reports start with the early daylight of May 10, when it was recorded that, at 7.20am, Junkers Ju88 on a reconnaissance flight accompanied by five Messerschmitt Bf109Fs were greeted by the gunners. At 9.35am, a raid consisting of one Junkers Ju88, five Cant Z1007bis, 16 Macchi C.202s and some 45 Messerschmitt Bf109Fs were intercepted by nine Hawker Hurricane Mk.IICs and six Supermarine Spitfire Mk.VCs were detailed to cover the first 16 Spitfires arriving from the aircraft carriers. All of the first batch had landed safely and were ‘turned around’ in readiness within four to seven minutes.

By 10.55am, the new Spitfires were airborne and immediately went into action, intercepting more Me109s which were harassing the new arrivals at Ħal Far. In Floriana, six soldiers were killed when bombs straddled St Francis Ravelin. 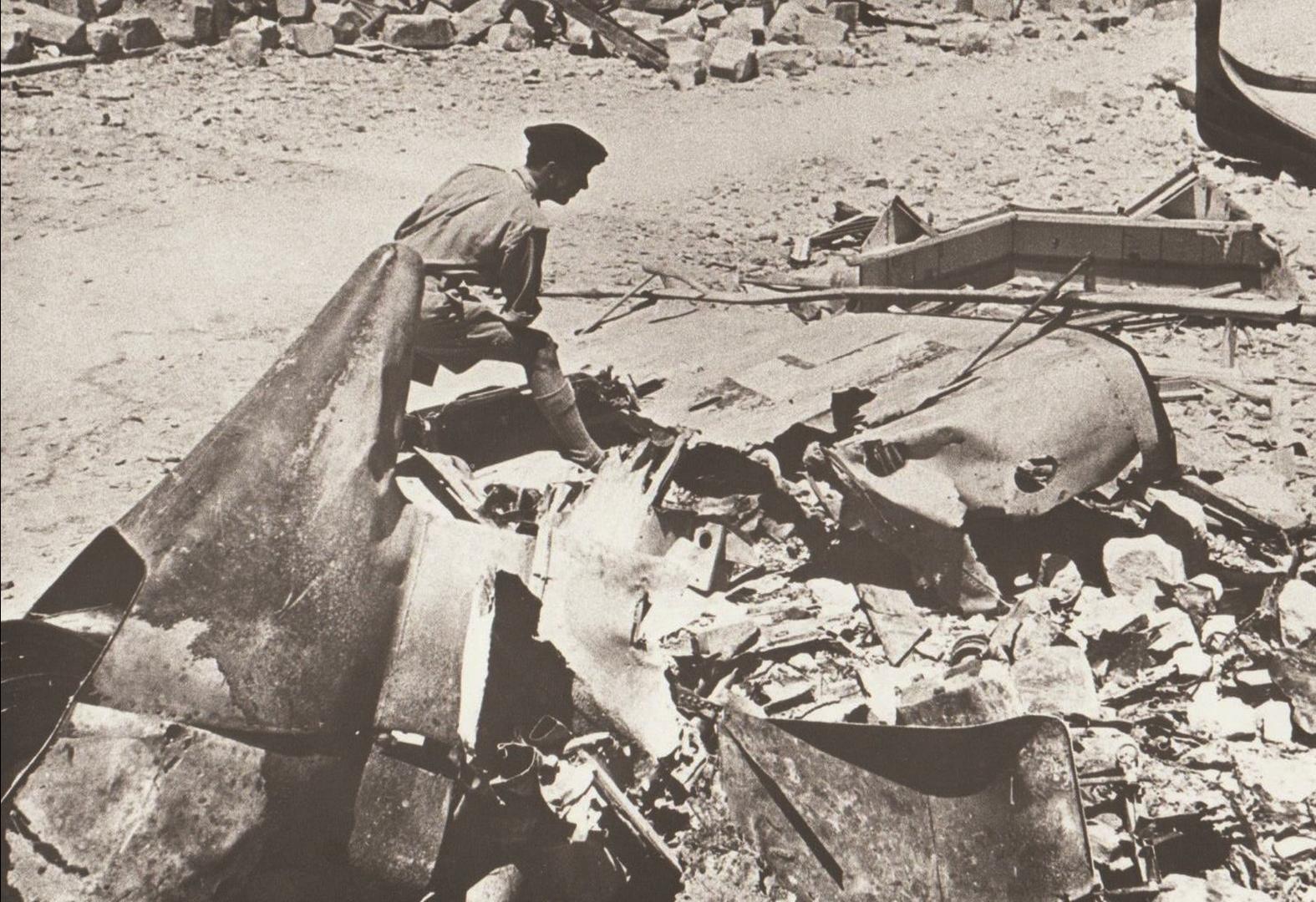 An airman inspecting the wreckage of a Ju87 Stuka shot down by the AA guns and then crashed at Senglea. Photos: National War Museum Archives

More bombs exploded in the cemetery, Argotti Gardens and at National Road, where three horses were killed and another three injured. Another horse was killed at Sa Maison, while another bomb damaged the St Calcedonio Seminary, Floriana.

At 11.15am, 31 of the new Spitfires were scrambled to cover the other new arrivals. While these were landing at Luqa, the gunners opened fire at a large formation of raiders, consisting of 40 Me109s, 12 Ju88s and five Z.1007bis, which hammered Ħal Far, killing two civilians and three soldiers and wounding nine others.

At 4.20pm, another 18 Ju87s and 20 Me109s carried out a further raid. The Stukas attacked St Peter’s HAA guns at Xgħajra, killing four batteries and injuring another five. They were intercepted by 18 Spitfires and two Stukas were shot down. During an air battle, Flight Sergeant Gordon Tweedale’s Spitfire was shot down and crashed in St Saviour Street, Lija, killing Gunner Seraphim Cauchi of the 3rd Regiment, RMA, who happened to be in the street at the time. 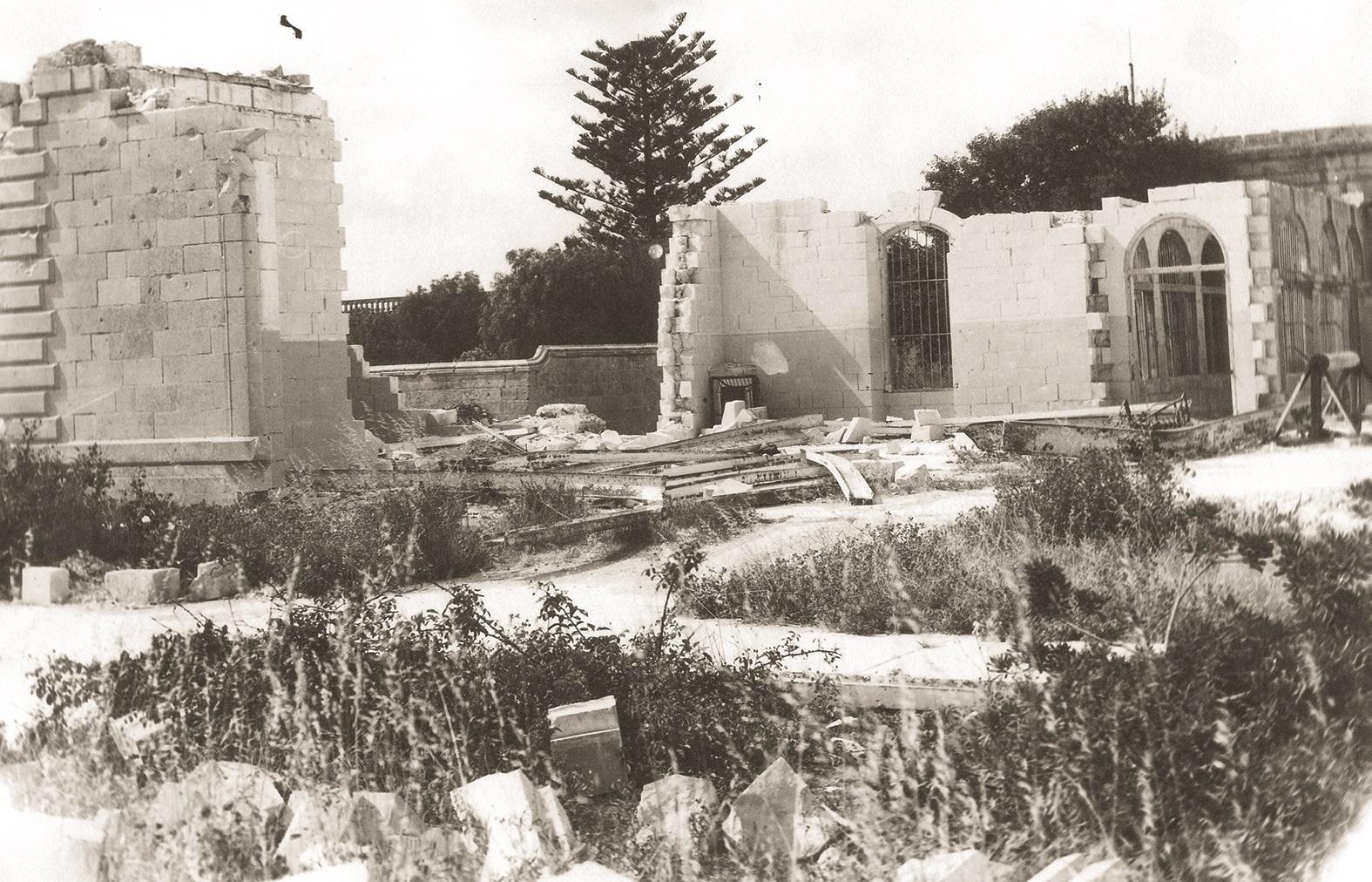 Mount Carmel Hospital was hit by enemy bombs on the day.

At 5.44pm, bombs exploded at Mount Carmel Hospital, where three persons were killed and two patients seriously injured. Six anti-personnel bombs which fell in the hospital grounds failed to detonate.

The RAF lost three Spitfires and their pilots on delivery on that day. Of the 61 that arrived, five more had been lost in combat with the loss of four pilots and another seven aircraft were damaged.

Overall, the day saw Malta’s defending pilots claim 16 enemy aircraft shot down by fighters, plus 20 probable and 21 claimed as damaged. The anti-aircraft gunners claimed seven shot down and one damaged.

The following day, the Times of Malta claimed that 22 enemy aircraft were destroyed and a further 20 were probably destroyed and 21 damaged. Although Axis records show only 12 aircraft were lost, the reception they had received was unprecedented and the dogfights on May 10 would later be declared to be the turning point in the air battle over Malta. 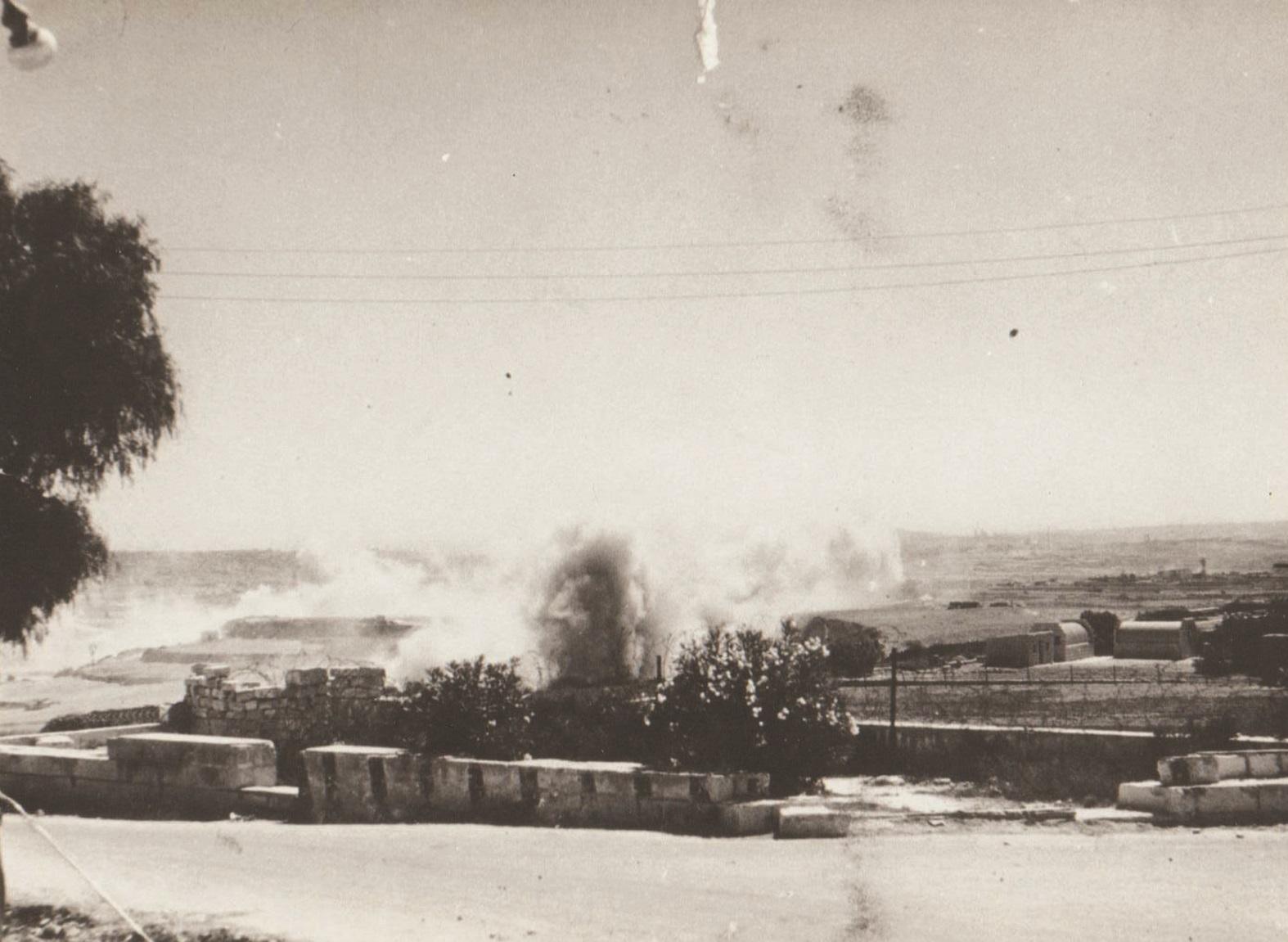 The author wishes to thank Anthony Rogers, Mark-Anthony Vella, the National War Museum Archives, the staff of the National Archives and the National Library and last, but not least, David Polidano and the Malta Aviation Museum. 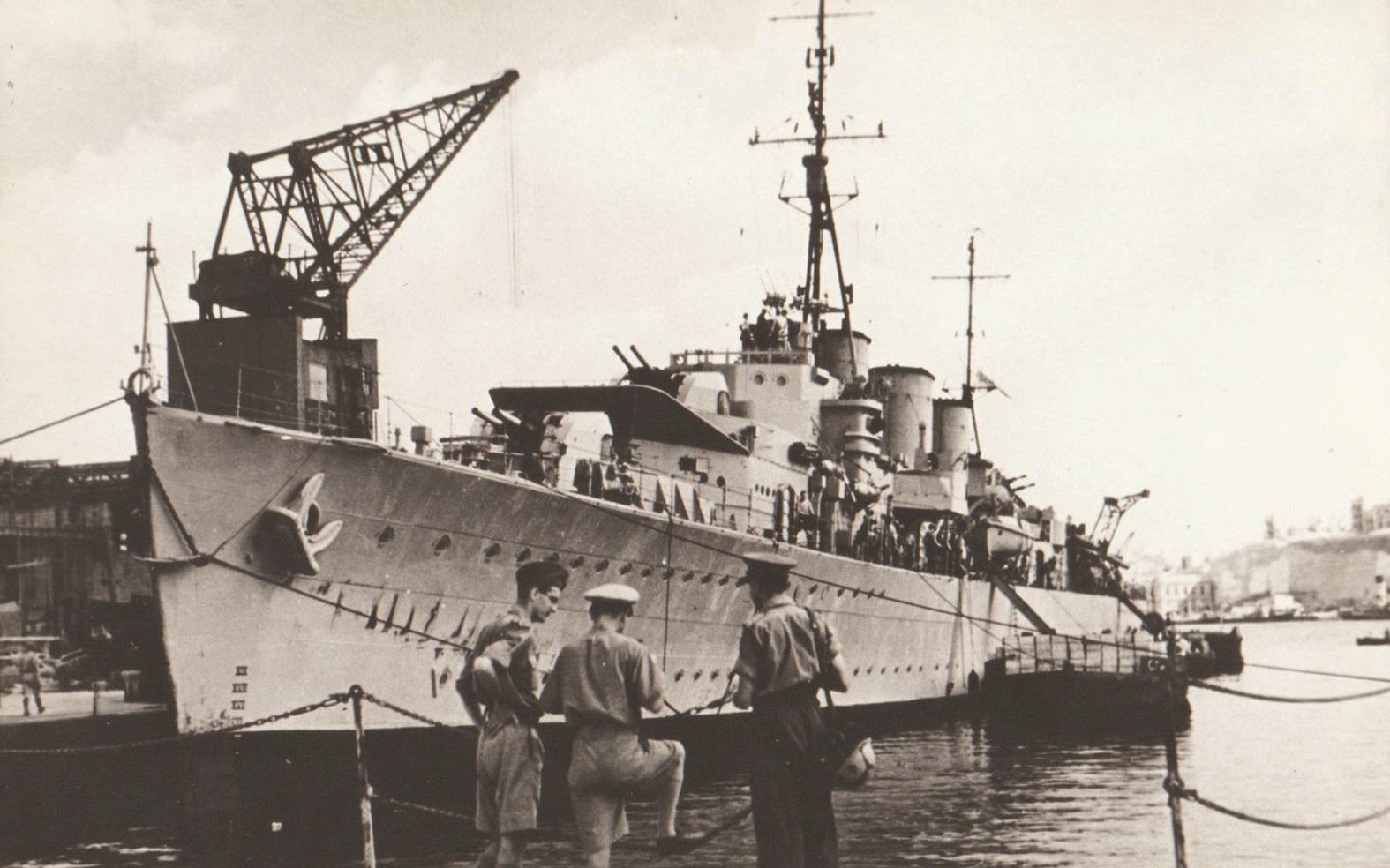 Marsa: A G Mine fell and failed to explode in premises No. 33, Cross Road (Collis & Williams Mineral Water Factory), heavily damaging the building.

Tarxien: Bombs exploded in fields at Għajn Dwieli and Wied Blandun, causing damages to crops. A person was seriously injured by machine-gun bullets and admitted to hospital.Marina: Several bombs fell in the Grand Harbour area, causing damage to a small craft inside Dockyard Creek. The oil tank of a German aircraft was picked up by the police from the sea, opposite Senglea Point.Valletta: An RAF pilot was picked up, injured from sea at Jews Sally Port. He was conveyed to the ARP Centre, Valletta and later removed by an RAF ambulance.

Cospicua: A bomb exploded in St John’s Ditch. A man who was in his private shelter was injured by the blast and admitted to hospital.Senglea: Several bombs exploded on already demolished buildings. Another high explosive bomb exploded in Two Gates Street, demolishing a number of houses.

Kalkara: An enemy plane crashed in a field in the limits of Kalkara. Three members of the crew were killed and one injured. They were all conveyed to Bighi Naval Hospital.Senglea: A Stuka dive-bomber crashed in flames at Senglea; the pilot was killed. The old police station, as well as several houses in St Joseph Street, were demolished and others damaged. Premises Nos. 73, 74 and 75, containing furniture, were set on fire.

Cospicua: Several houses were demolished and damaged at Għajn Dwieli. Two men fainted by the smoke screen.Kirkop: A woman was slightly injured by a falling splinter at Kirkop Square.Paola: Bombs exploded at Wied Blandun, causing neither damages nor casualties.