Labour leader Robert Abela and his Nationalist rival Bernard Grech locked horns in the first and only televised debate of the election campaign on Wednesday night.

In a 60-minute Broadcasting Authority production, both leaders pitched themselves as “credible” leaders ahead of Saturday's election.

In keeping with his narrative throughout the campaign, Abela leaned heavily on the government’s handling of the pandemic, parading Labour's electoral pledges.

The PN had a track record of its own for Grech to refer to. He wheeled out the PN’s past struggle for EU accession, borrowed from Roberta Metsola’s success in Brussels, and even referenced the fallout from the murder of Daphne Caruana Galizia.

It was the closest to a heated confrontation between the two leaders so far during what has largely been a lacklustre campaign.

Abela’s responses were punctuated with precise figures and timelines, something he repeatedly accused the PN of lacking. 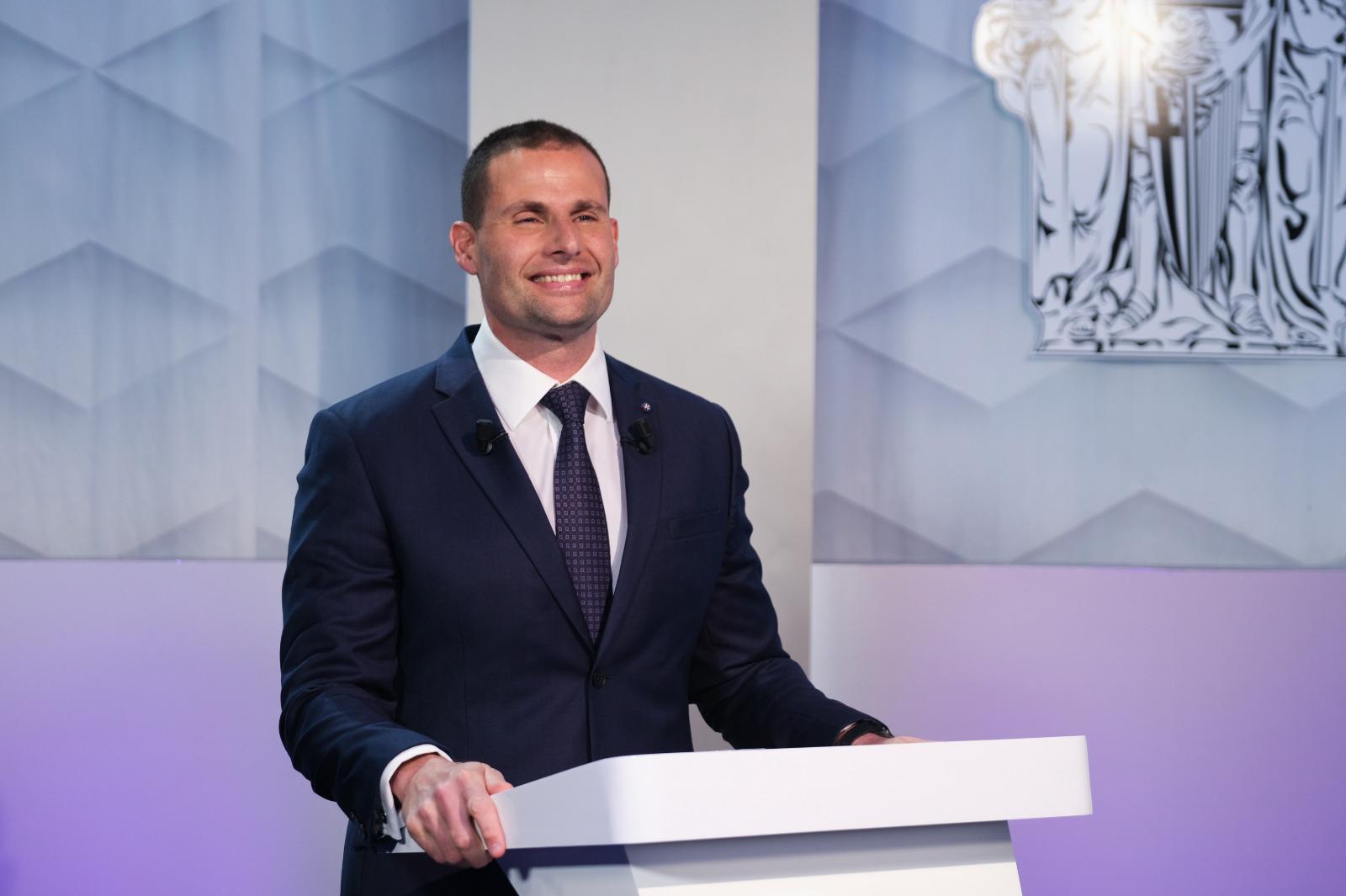 As Abela repeatedly pledged to be “humble” if re-elected, Grech hammered on issues like greylisting and corruption.

A low point of the debate came when Abela accused Grech of not toeing the government’s line that Malta is “full up” for migrants.

The PN leader did not take the bait, but he did not counter the statement either.

What did they debate?

Abela flaunted his administration’s record in public health and the handling of the pandemic, which he said had been rubber-stamped by the international community.

He said Grech had repeatedly “politicised the pandemic”.

Grech reached for the PN’s own record on health, saying that it was his party in government that had delivered a state of the art hospital when it built Mater Dei.

Ultimately, the steps taken in public health, Grech said, would not have been possible if the PN hadn’t dragged Malta into the EU. 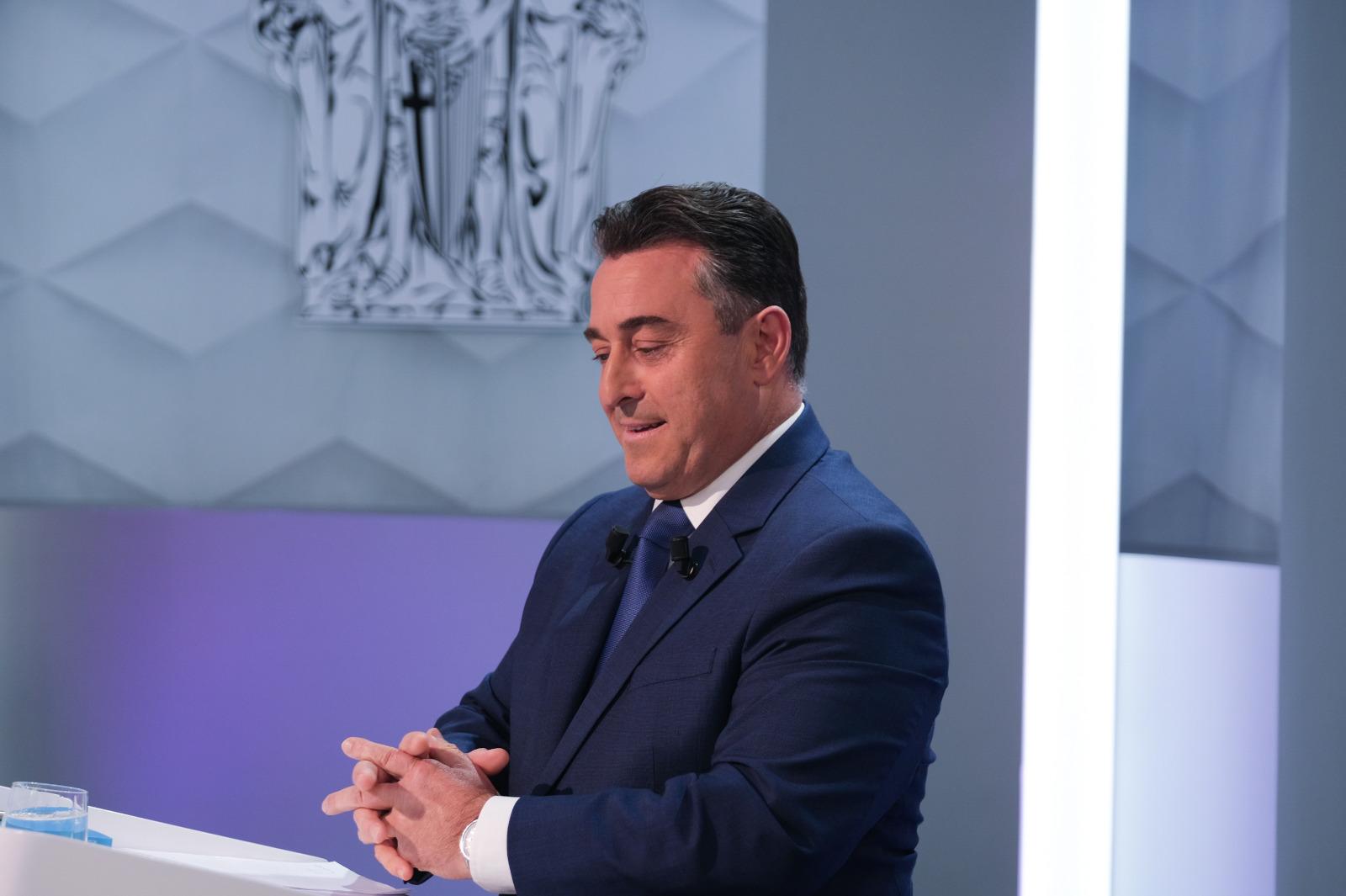 Abela said the Labour administration had raised pensions that had for years been frozen. If elected, pensions would be increased further.

Labour had offered benefits for renewable energy, given medicines for free, increased children’s allowance and the minimum wage.

“He can’t understand how many people can't make it through the third week until the end of the month, because he is cut off from your reality,” Grech said.

The PN will be increasing pensions and minimum wage, because “we know you need help” he said.

Borrowing from Labour, Grech said the PN are “pro-business”.

“But you won’t find us in bed with businesses”.

He referred to the PN’s pledge to create 10 new economic sectors and also recalled other sectors it pioneered including aircraft maintenance, maritime, gaming, and financial services, all sectors that had created stable and well-paid jobs.

He said Abela had taken the easy route, spending a surplus that Muscat had left him.

Abela took an axe to Grech’s claims of PN credibility saying it was the party that had left the country’s finances in disarray.

“How can people believe PN, when it left Malta in an excessive deficit procedure?” Abela said.

Taxes? Labour is the party of tax cuts, he said.

Grech said that a party that had got Malta greylisted could hardly represent it on the international stage.

A government led by the PN would fix the country’s reputation, he said.

Abela made the only glancing reference to the current situation in Ukraine. The Labour government, he said, had the credibility to deal with this.

Labour had already proven its credentials on the international stage when it had sat at the negotiation table on Libya.

Abela said the decisions taken by his administration to improve good governance and transparency “speak for themselves”.

He said labour had, over the past two years, introduced reforms in this area at a breathless pace.  Tough decisions were taken, such as replacing the  police commissioner and reforming the method of major public appointments.

Grech said Labour’s certificate on governance came when the island was greylisted.

How could Abela accuse the PN of refusing to participate in reforms, when it had presented a raft of rule of law reforms which the government had ignored?

Abela said Labour had pledged €700million for a “green revolution” - from new national parks to the fight against climate change and single-use plastics.

Grech said the island’s environment was so poor that 70% of youths want to leave. This was happening in the so-called “the best of times” (L-aqwa zmien).

While the PN is pledging to deliver a trackless tram project, Labour was vaguely saying it would explore a metro that would take 20 years to be delivered.

Gozo, Grech said, was being ruined by unbridled construction and development. Abela was complicit in this, having secretly met with Gozitan contractors.

The PN would give Gozitans back the hospital Labour had taken from them.

Abela said the PN had taken the sister island for granted. Labour, on the other hand, had worked hard to secure Gozitan’s support.

Labour, Abela said, had created 2,000 jobs during pandemic in Gozo.