I have a particular book that generates a mixture of disgust, fear and general misery to others whenever I am carrying it. It’s named “Fundamentals of Private Pensions”, it has a dark cover and worst of all no pictures – except for a couple of graphs.

Despite being a darn good book, pensions aren’t exactly a “sexy” topic yet they have been back on the news as of late. Two weeks ago, David Curmi (Mapfre MSV Life’s CEO) was reported as saying that “drastic action (is needed) to solve the pension crisis” while a few weeks ago our Prime Minister explained that Malta's economic expansion has been the catalyst to maintaining pensions.

Is there a pensions crisis, or was there a pensions solution? Who is correct - Curmi or Muscat? In this short article, I explain that the solution provided now does solve the pension deficit for the time being, but intensifies the viability of future pensions.

Pensions can be classed in two dimensions:

Lecturing about these is beyond the scope of this article, so I will focus on our current system. I’ll use the example of my dad’s and grandma’s pensions.

Yet that ratio is being stretched thin. Pensioners are living longer, youngsters are entering the workforce later as they opt to continue studying, adults are having fewer children and thousands of baby boomers are entering their pensionable age.

So as Muscat explained, the solutions provided were to increase the pensionable age, increase social security contributions or reduce the benefits – all ghastly prospects. Yet the Labour government did find a clever way to fund the gap. 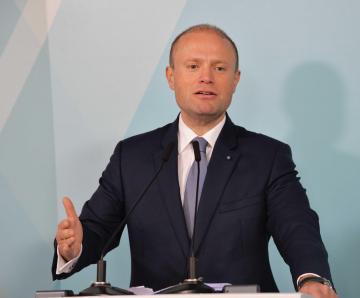 Does it solve the problem in ten years’ time, when all the baby boomers will have retired? Probably not, though it reduces the deficit.

It does however increase the problem over the long term. Now, more individuals will have access to a pension.

This is not to say that women should stay home and not work, or that we should send everyone without a 50% + Maltese DNA (whatever that is) packing. But we must admit that the pressures on pensions will be much higher in 20 to 30 years’ time.

This clever solution solves the problem for now, by shifting it to a greater problem later.

Apart from the (apparently scary) options of increasing social security contribution rates, upping the pensionable age or cutting pensions, we also have to keep in mind that a pension’s purchasing power has deteriorated.

That said, many current pensioners have enjoyed ridiculous returns on their property equity and are much better placed for a decent life during retirement. Generations born in the 80s, 90s or especially this millennium probably won’t have that cushion.

The government has introduced a third pillar pension, whereby someone can invest up to €2,000 a year within qualified pensions scheme and receive €500 topped up as a rebate. This is possibly too low and forces every investor to use only qualified schemes which are free to run high charges.

If the government wants to allow for savers to prepare for their pension, why not offer the possibility of a UK-like savings scheme such as a “self-invested personal pension” (SIPP), in which any investments can grow free from any capital gains or income tax?

This would work like the current offer with the added benefit of the freedom to invest in whatever one deems reasonable. Anyone contributing to a SIPP (up to a certain limit) would net these with their yearly income. So if your income last year was €25,000 and you contributed €2,000 to your SIPP, your personal chargeable income for the year would be based on €23,000; essentially a 25% (€500) top-up on your pension.

Moreover, while employers’ associations are up in arms every time introducing a workplace pension is mentioned, such schemes could be a very positive addition to many employers, as they can be outside of taxable earnings.

More importantly, workplace schemes incentivise loyalty, thus reducing employee turnover, and may be the deciding factor for someone to join a firm. Moreover these can be tax deductable.

The “If something is not broken, don’t fix it” adage doesn’t apply to our pensions. We haven’t fixed them in the long term.

And even is something is not broken, sometimes you have to break it to make it better.

Dominic is an actuary (Google it) who tells his grandmother she is squandering his inheritance every time she attends a coffee morning. Thoughts presented here are author's own and do not represent the thoughts of his employers.

This is a Times of Malta online opinion piece.