Godfrey Farrugia was the third high-profile Labour Party exponent in the past two days to suggest that Energy Minister Konrad Mizzi should resign.

The Labour Party Whip told this newspaper yesterday that if he were in Dr Mizzi’s position, he would have stepped down.

“Let me speak for myself. As a citizen I have always lived by principles, morals and ethics, and I cherish them. As an MP, I represent the people, and so I cherish them even more.

“If I were in Minister Konrad Mizzi’s position, I would resign,” he said.

The Whip joined Education Minister Evarist Bartolo, who earlier in the day said he too would have resigned had he received the advice that Dr Mizzi was given by Dr Sant.

The former Labour leader, now an MEP, called on the Energy Minister to leave in the wake of the Panama Papers controversy, insisting it was unfair to burden the Prime Minister with a decision that should have been clear from the outset.

Asked for his reaction, Mr Bartolo was unequivocal and told the Times of Malta he would have followed Dr Sant’s advice. “What I certainly would not have done is touch a country like Panama,” he said, adding this did not seem to be an issue of illegality. Ordinary people who paid taxes were right to question why some were seeking to do otherwise, he added.

“We expect ordinary people who work, and even those with more wealth, to pay taxes, and they rightly turn to us and say, ‘Excuse me, but the Romans had a proverb: there are laws for gods and laws for animals. Are we animals?’.”

Mr Bartolo’s comment provoked a strong reaction from former Labour Party official and Żebbuġ mayor Alfred Grixti, who, beneath a Facebook link to the story containing the Education Minister’s comments, urged everyone to “shut up”. 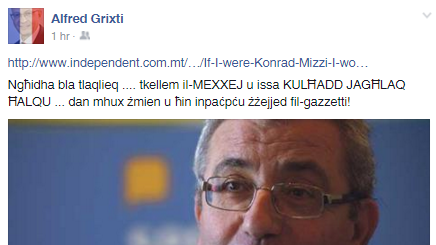 Zebbug's PL mayor Alfred Grixti took to Facebook to urge his colleagues to zip it.

“The leader has spoken, and everyone must shut up… This is not a time to make needless remarks in the media,” Mr Grixti wrote on his Facebook wall.

‘Social justice and dignity separate us’

His reaction reflects how many at the party grassroots level are feeling about the mounting pressure on Dr Mizzi and the Prime Minister’s chief of staff, Keith Schembri, to resign.

Sources said a rift was developing within the party between those who feel the two men should go because the Panama affair had overshadowed all government work and those who felt that resignations with no proof of wrongdoing would play into the hands of the Nationalist Party.

Dr Muscat said last Sunday that he would take action but only after an independent audit of Dr Mizzi’s and Mr Schembri’s financial affairs had been concluded.

Writing in L-Orizzont yesterday, Environment Minister Leo Brincat said every action and initiative must be inspired by the values of social justice and dignity.

“It is these that distinguish us from those who always had one god – money and power.”

Without referring to the Panama scandal, he said a life without values and principles meant nothing.

“These values also mean nothing if we do not live them and practise them in our everyday life.”

His comments were interpreted by people close to the Labour Party as making a direct reference to Dr Mizzi’s case. 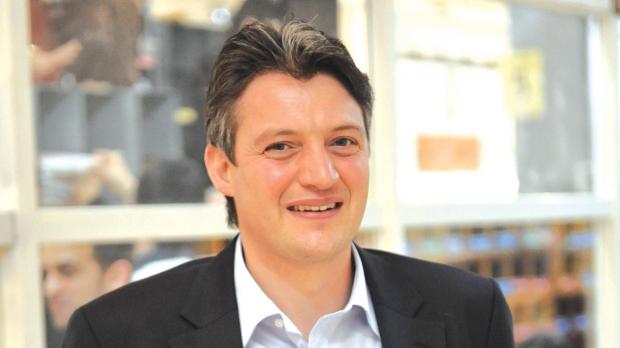 The heat is on: three key PL figures have now called on Konrad Mizzi to step aside.

In his maiden speech as party deputy leader last week, Dr Mizzi passed the buck about his future to the Prime Minister, saying that he would accept any decision in his regard.

The minister and Mr Schembri have so far refused to resign, insisting they did no wrong.

Parliamentary Secretary Chris Agius was of the same opinion.

Former parliamentary secretary Michael Falzon, who resigned earlier this year in the wake of the Auditor General’s report on the Gaffarena scandal, said that the decision was always the Prime Minister’s.

Health Parliamentary Secretary Chris Fearne said the Energy Minister had not excluded taking any steps and he would have done the same.

Finance Minister Edward Scicluna insisted that he had nothing to add to what he had told Labour Party delegates and Parliament last week.