The government will intervene to provide space where construction waste can be dumped, but it is also looking at the possibility of dumping such waste in designated areas at sea, such as Hurd's Bank, Prime Minister Joseph Muscat said on Wednesday.

The Planning Authority, he said, is conducting studies on this possibility and is looking into the capacity and the effects. Hurd's Bank, he said, had been used for such purposes over the years.

Hurd's Bank is a relatively shallow area at the edge of Malta's territorial waters east of Valletta.

While acknowledging that the construction waste problem was not created solely by developers in the private sector, since the government has its own construction projects, Dr Muscat said at a meeting with the Malta Developers' Association that the situation needs to be tackled as soon as possible.

He observed that an agreement the government had reached with quarry owners was not long term. The government, he said, could not make arrangements for just three or six months.

The short term plan was to allow the industry to self-regulate. But if results were not achieved, the government would intervene to use the quarries which are government-owned, in the best way possible, he said.

“No new laws are required to do this. It’s just a question of enforcement but we are ready to do it,” he insisted.

Earlier this week, Environment Minister Jose' Herrera warned quarry owners who rent their quarries from the government that if they refuse construction waste the government will take over their sites for that purpose.

Dumping at sea 'not preferred option'

Dr Muscat said that for the medium term, the government is looking into other possibilities, such as dumping the waste at sea.

“I must admit that this not my favourite option, especially since construction waste is a precious resource. But this can be a fall-back position,” he said.

In the long term, the Environment Resources Authority is conducting studies on land reclamation which, “contrary to popular belief will not be creating little islands where to build skyscrapers” Dr Muscat said.

Rather, he added, land reclamation could be used for new promenades.

“Msida, Marsa and the Freeport area are all reclaimed areas. “We are not rushing through this option because we want to study the repercussions properly before we set out to do it.” 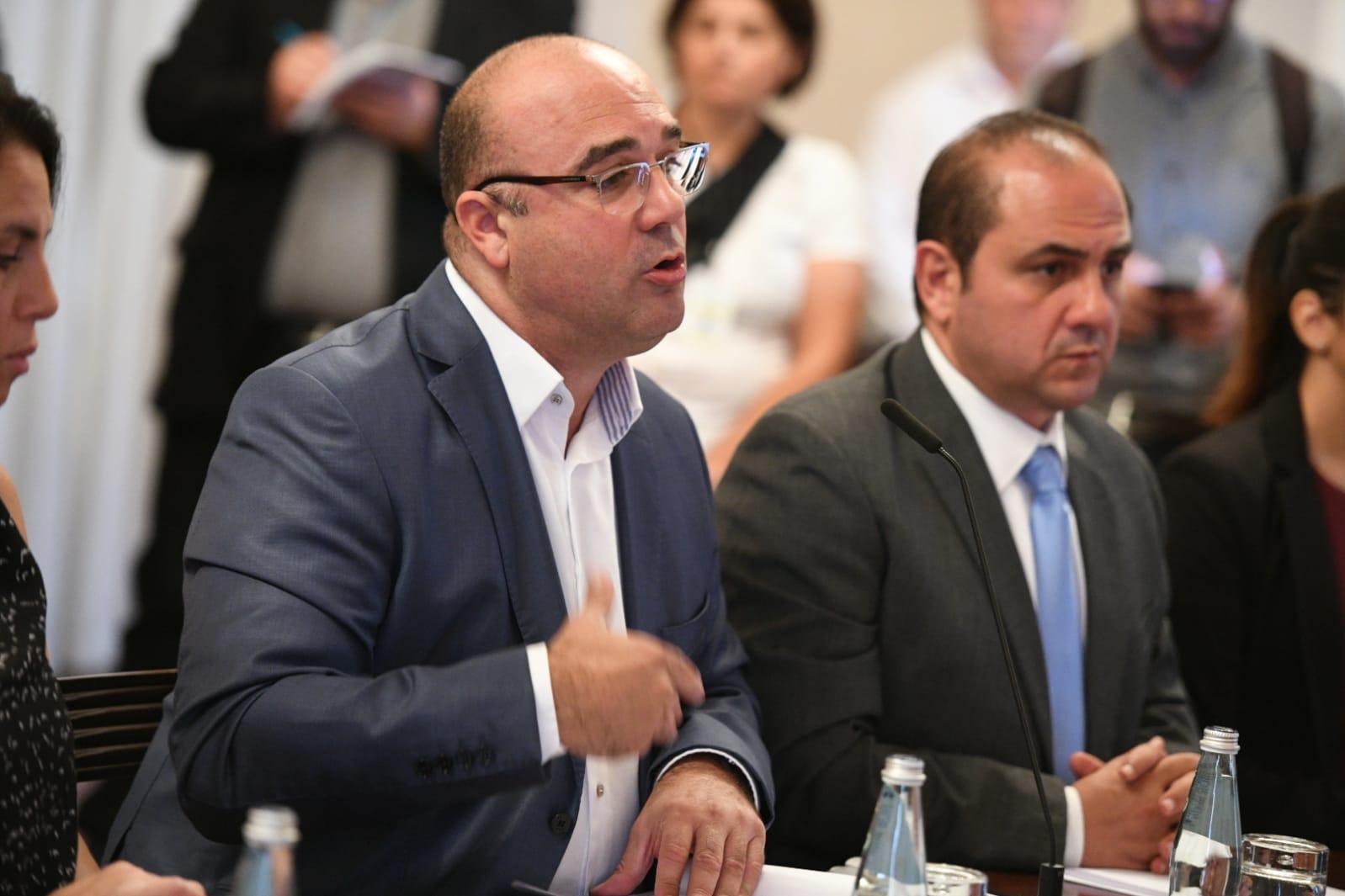 MDA president Sandro Chetcuti said he expected the government to repeat incentives given in the last few budgets, especially for first and second-time buyers as well as the scheme easing tax for property purchases in Gozo.

He said the MDA also wanted the government to create a mechanism which would protect those who buy their properties on plan from “irresponsible people.”

He said his organisation had grown exponentially and was not only representing developers but also contractors, people involved in real estate and landlords. “When we speak, we are speaking for 42,500 people. We have now become the largest NGO of business people and self-employed,” he said.