Updated - Adds prime minister's comments below - The government has wrapped up negotiations on the future of Air Malta and will be selling a substantial stake of the national airline to the UAE’s Etihad Airways, the Times of Malta is informed.

A memorandum of understanding (MOU) is expected to be signed in the next days with Etihad following which talks will start with the unions over the future of the workforce.

Prime Minister Joseph Muscat in comments this morning said no agreement had been signed yet, which meant that talks were continuing, but he did not deny the Times of Malta story.

“Negotiations led by the government and the airline’s chair Maria Micallef have been concluded and an official agreement is now imminent,” a senior government official told this newspaper.

“In order to facilitate discussions with the unions, the deal struck will be rolled out in two phases. First a preliminary agreement (MOU) will be signed followed by a formal one as soon as unions give their green light to the deal,” he said.

The agreement is expected to include significant restructuring, but the four unions involved have not yet been informed on the details of the deal.

“Discussions on the future of the pilots, cabin crew and staff will now take place and the idea is to conclude them as soon as possible as time is running out,” the government official said.

Last December, the Times of Malta had already said that negotiations with Etihad were almost concluded.

Discussions on the future of the pilots, cabin crew and staff will now take place

Although the government kept these negotiations under wraps and never confirmed that part of the airline will be sold to Etihad, Prime Minister Joseph Muscat had said at the end of the year that “the decision on the future of Air Malta will be taken in the next weeks”.

Despite the Prime Minister’s commitments, negotiations dragged on as according to sources, the UAE’s airline was getting cold feet particularly with regards to staff issues.

However, it seems that the government has now given clear commitments and Etihad accepted to move on.

It is not yet known how large the stake acquired by Etihad will be, although sources said that it will be close to the maximum allowed by EU rules. 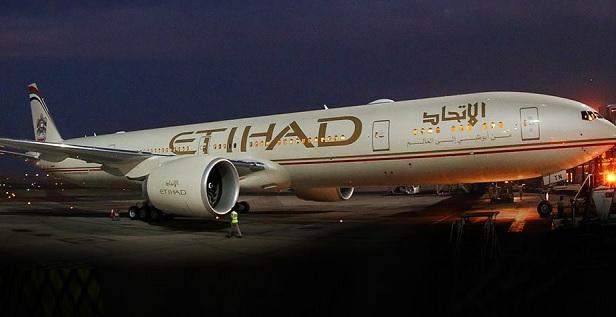 According to current rules, Etihad can buy up to a maximum of 49.9 per cent of the national airline’s shares as Air Malta will need to remain an EU flag carrier to keep operating under a European licence.

In recent years, Etihad – one of the fastest growing airlines – has acquired a reputation of buying ailing airlines and turning them around. Last year, Etihad bought a 49.9 per cent stake of Alitalia – Italy’s national carrier – saving it from bankruptcy. Despite not having a majority shareholding, the day-to-day management of the Italian airline is decided by the Abu Dhabi airline.

The same model is expected to be used for Air Malta.

According to a restructuring deal reached with the EU, Air Malta was given millions in State aid in order to restructure and return to profit by the end of last month.

Details on whether the airline managed to reach this target are not out yet.

The selling of a substantial part of Air Malta to Etihad could provide the national airline with a fresh injection into its balance sheet and a new lifeline.

Further to the Times of Malta story, Prime Minister Joseph Muscat said this morning that no agreement has been signed yet.

He said that any agreement that was signed would not be conclusive but would serve as a basis for further negotiations.

He said that any memorandum that is signed would be made public and followed-up by talks with all stakeholders.