“This is the example we set and the benchmark we as a government want to abide by. I hope Opposition leader Adrian Delia will follow our example,” he said.

Dr Abela was fielding questions from reporters shortly after confirming to Parliament that Dr Caruana had handed in her resignation over Times of Malta reports over the way her husband, Silvio Valletta had gone abroad to see a football match with Yorgen Fenech, the man suspected of being the mastermind of the Daphne Caruana Galizia murder. Mr Valletta was assistant police commissioner at the time and had been involved in the murder investigation. 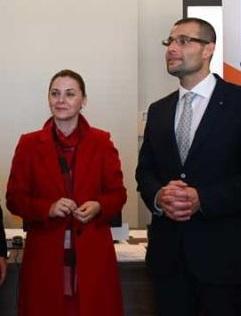 Mr Fenech had already been identified as a suspect.

Mr Valletta on Sunday denied knowing that Mr Fenech was being investigated.

Asked who would be replacing Dr Caruana in Cabinet, Dr Abela said that was his prerogative as prime minister.

The prime minister dismissed questions about Attorney General Peter Grech who had appealed a court order for Mr Valletta to step down from the Caruana Galizia murder investigation because of conflict of interest concerns. The opposition and vicil society groups have been calling for Dr Grech to resign or be removed.

Asked if he had any concerns over other senior police officers, Dr Abela said he would leave it up to the current acting police commissioner to take the necessary action.