The Gozo Ministry has offered a ‘free’ crane service to Gozitan residents wanting to lower pleasure craft into the sea for the summer season.

In a post on her social media webpage, Gozo Minister Justyne Caruana urged those wanting to launch their private boat at Mġarr port to contact her ministry and book the service. 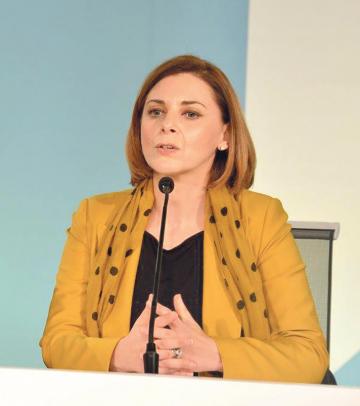 A notice sporting the Gozo Ministry logo said the free crane service was available last Tuesday, four days before the local and European elections. A Times of Malta journalist who called the telephone number indicated in the notice was informed that the service was for Gozitan residents and would be paid for by the Gozo Ministry.

“You don’t have to pay anything as this is an initiative of Dr Justyne[Caruana]. All you need to do is tell us how much your boat weighs together with its dimensions and be at Mġarr on Tuesday,” the person answering the phone said.

Asked what public interest was served by this State-funded initiative and also whether this could be considered as part of a vote-winning drive coming as it did just a few days before people went to the polls, a spokesman said: “The Minister for Gozo offered this service since the ongoing dredging works at the harbour, which started on April 6, 2019, precluded the use of the main slipway in Mġarr.

“The works related to the regeneration project in Mġarr harbour will total €4 million.”

Every voter who corruptly accepts or takes any such food, drink, entertainment or provisions shall also be guilty of the offence of treating

The ministry did not reply on whether Dr Caruana would consider such a ‘service’ as amounting to a corrupt practice according to electoral law.

Gozo sources said a substantial number of boat owners had made use of the ministry’s service.

“Usually it costs me quite a bit of money and hassle to hire a crane and launch my cabin cruiser for summer,” a young Gozitan told Times of Malta. “A free service is always better.”

The government and Cabinet ministers went into overdrive in the weeks leading to the elections, opening gardens, launching embellishment and social housing projects, unveiling new ‘injustices’ mechanism, giving ex-gratia payments and a raft of other ‘popular’ initiatives.

Among the initiatives announced by the Gozo Ministry, which in 2017 put hundreds of Gozitans on the State payroll prior to the general election, was an announcement that Gozo Channel would have a fourth vessel through the wet lease of a 32-year-old Ro-Ro ship.

Political observers have repeatedly raised the issue of corrupt practices, however, the police rarely took any action to enforce the law in recent political history.

The law on corrupt practices

“Any person who corruptly by himself or by any other person, either before, during or after an election, directly or indirectly, gives or provides, or pays wholly or in part the expense of giving or providing any food, drink, entertainment, or provision to or for any person, for the purpose of corruptly influencing that person or any other person to give or refrain from giving his vote at the election, or on account of such person or any other person having voted or refrained from voting or being about to vote or refrain from voting at such election, shall be guilty of the offence of treating”.