With a population of less than a thousand people, Għasri is the smallest of Gozo’s villages. It can still be considered one of the quietest spots on the island of the three hills.

Despite its small population Għasri has a relatively large geographical area within its embrace, situated as it is between Victoria to the southeast, Żebbuġ to the north, Għarb, San Lawrenz to its northwest and Kerċem to its south.

The name of the village is derived from the process of oil-making which must have been quite popular in this western part of the island.

Christianity in Gozo goes back to more than 1,500 years, with the Għar Għerduf necropolis possibly being the earliest testimony to it. The Byzantines hardly left any traces of the Christian faith on the island. Documents testify for the presence of various small chapels in the area. There were many chapels situated between the four many valleys known in Gozitan toponymy as Wied il-Għasri, Wied is-Seqer, Wied il-Mielaħ and Wied Sara.

The Għar Gerduf necropolis at Kerċem testifies to the presence of Christianity on the island as far back as over 1,500 years. Photo: Daniel Cilia

A chapel dedicated to the Annunciation of the Virgin – a popular Marian title in medieval Malta – was to be found in Wied Sara, and it was established by William De Bigeni (De Briconis/De Buscenis).

For hundreds of years, the Christian community of Għasri must have frequented one of the two parishes of Rabat (Victoria) for its pastoral needs until 1688, when the church of St Mary in Żebbuġ was established as a separate parish, and the Għasrin would have frequented it for Mass and the other sacraments.

The importance of the church in the area of Tal-Wied, known among the locals as ‘il-Knisja tal-Patroċinju’  (Basilica of Patronage of the Blessed Virgin Mary), should not be underestimated. 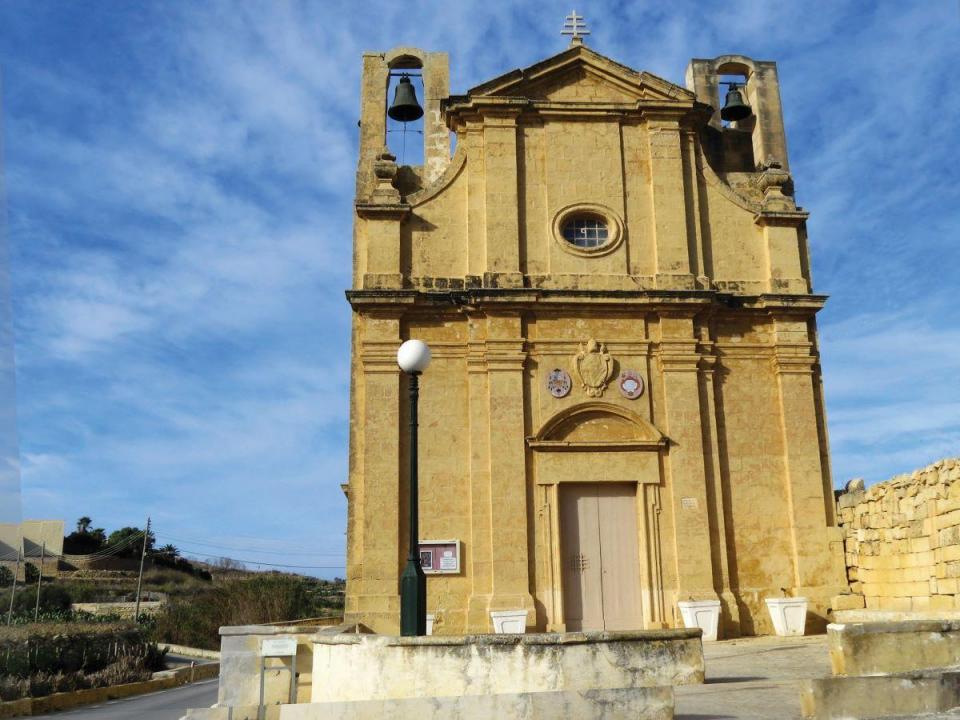 The church dedicated to the Patronage of the Blessed Virgin Mary, in Wied il-Għasri, which in 1749 was given the title of ‘minor basilica’ by the Vatican. Photo: Wikicommons.com

At the beginning of the 16th century, a chapel on this site was already being frequented and was even considered the main Christian place of worship for the area. In the late Middle Ages, the area of ‘tal-Patroċinju’ comprised a hamlet, with various houses cuddled around the chapel. Dun Tumas Saliba decided to restore it and its second version was blessed by Don Adeodato Formosa on September 16, 1737.

However, seeing its popularity and devotion grow, Dun Saliba decided to rebuild it on a bigger scale. The church we see today is the third one on the spot, and it was solemnly blessed again on May 8, 1739. Strange as it may sound, the church was given the status of a minor basilica by the Vatican in 1749 and subjected to the papal basilica of St Mary Major in Rome. From 1872, until the establishment of the parish, this church served as a vice-parish for the village of Għasri.

Strange as it may sound, the church [il-Knisja tal-Patroċinju] was given the status of a minor basilica by the Vatican in 1749

The need for a bigger church for the area began being discussed by the local priests and people of the area, and the idea of a new church for Għasri was recognised by Bishop Mgr Antonio Grech Delicata in 1869.

The first stone of the new church was laid down on September 6, 1903; after it was completed, the church was consecrated by Bishop Giovanni Maria Camilleri, OSA, on January 9, 1916, and dedicated to the body and blood of Jesus Christ, better known in short and in Latin as Corpus Christi. 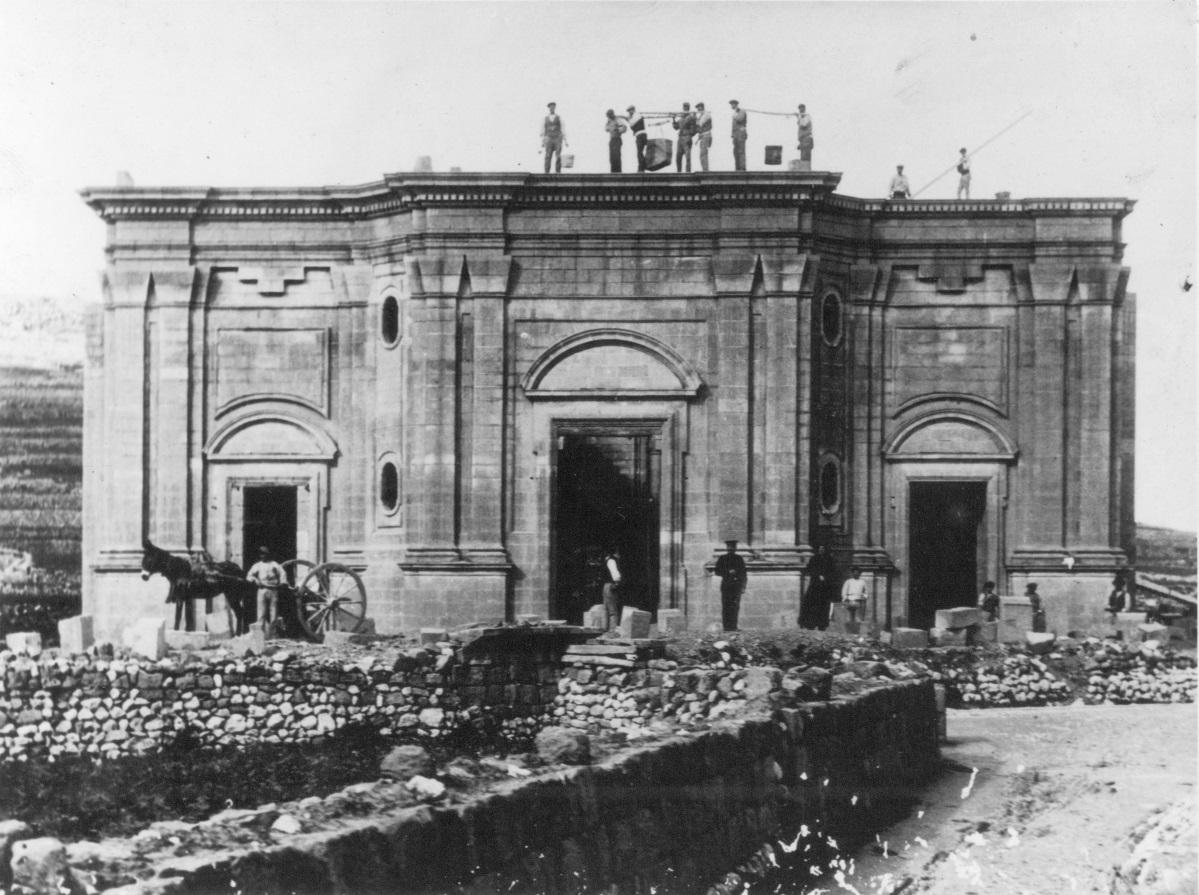 The new Għasri church started being built in 1903. This photo shows it half built, circa 1912. It was completed and consecrated on January 9, 1916. 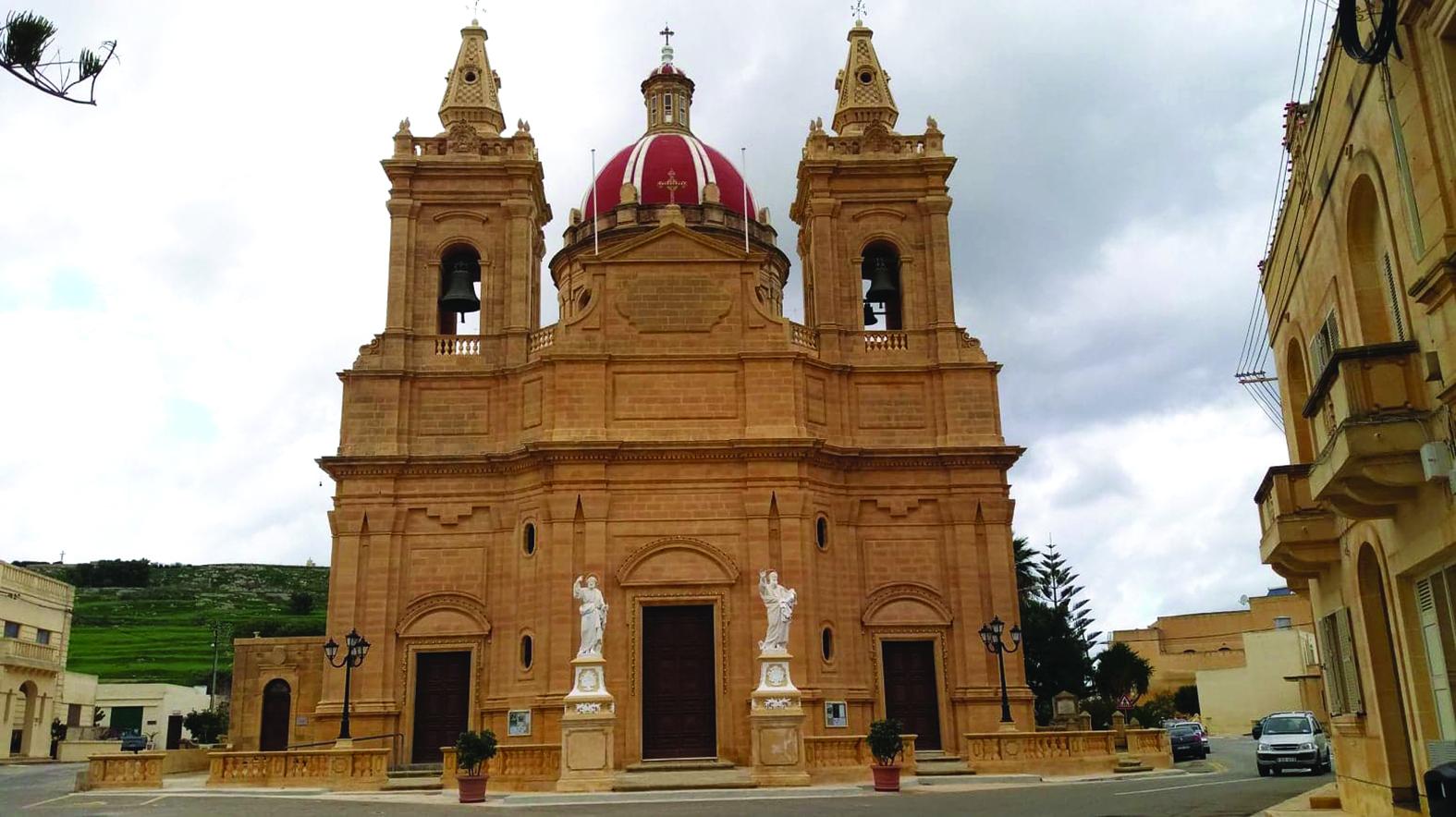 The façade of Għasri parish church, dedicated to Corpus Christi, the body and blood of Jesus Christ. Photo: Wikicommons.com 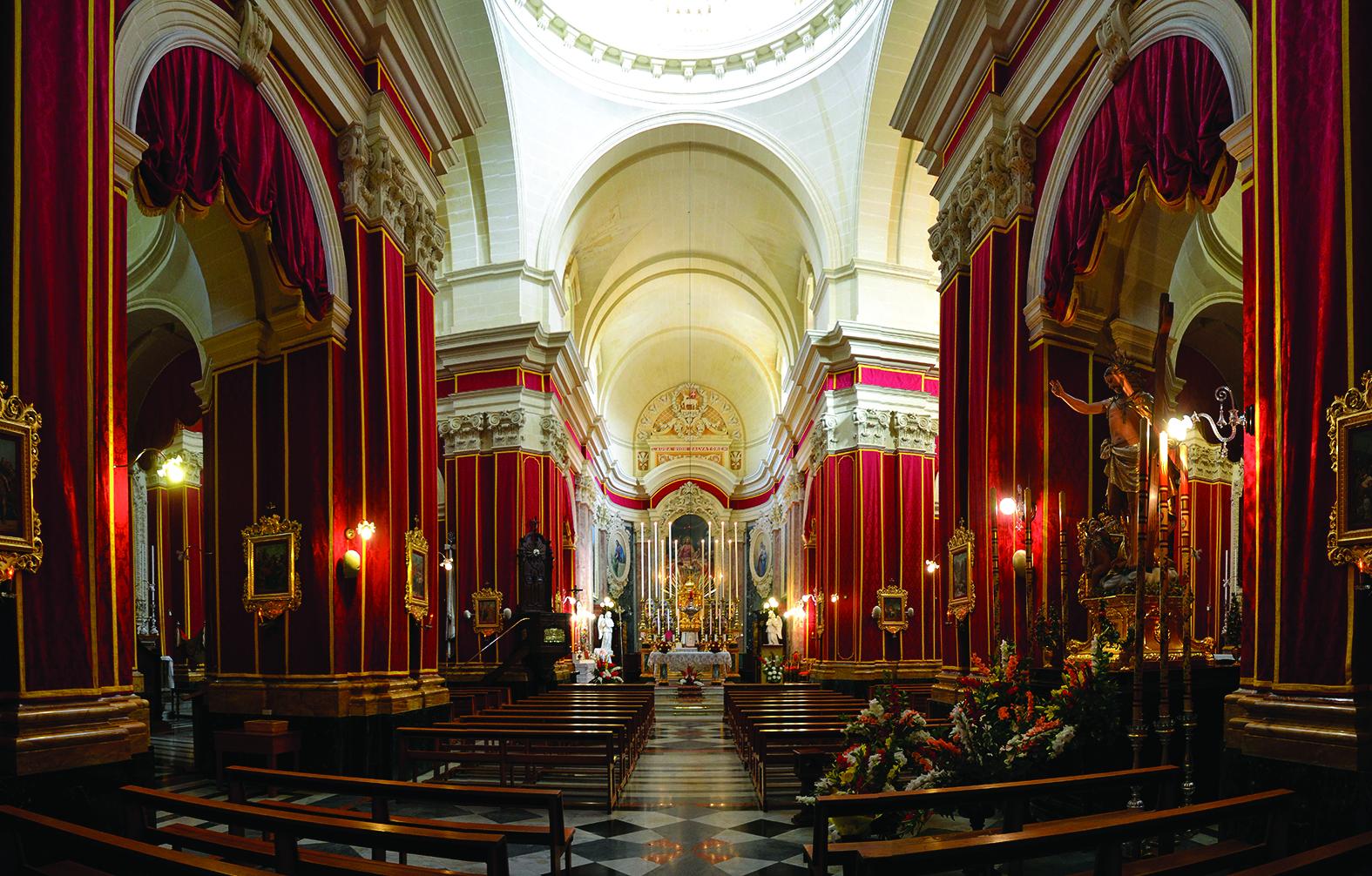 Għasri was at last erected as a separate parish on December 16, 1921; its territory was taken from that of Victoria, Żebbuġ and Għarb, with the parish of Żebbuġ recognised as its Matrice, or mother-church. Dun Ġużepp Galea became its first parish priest.

Development of the titular feast 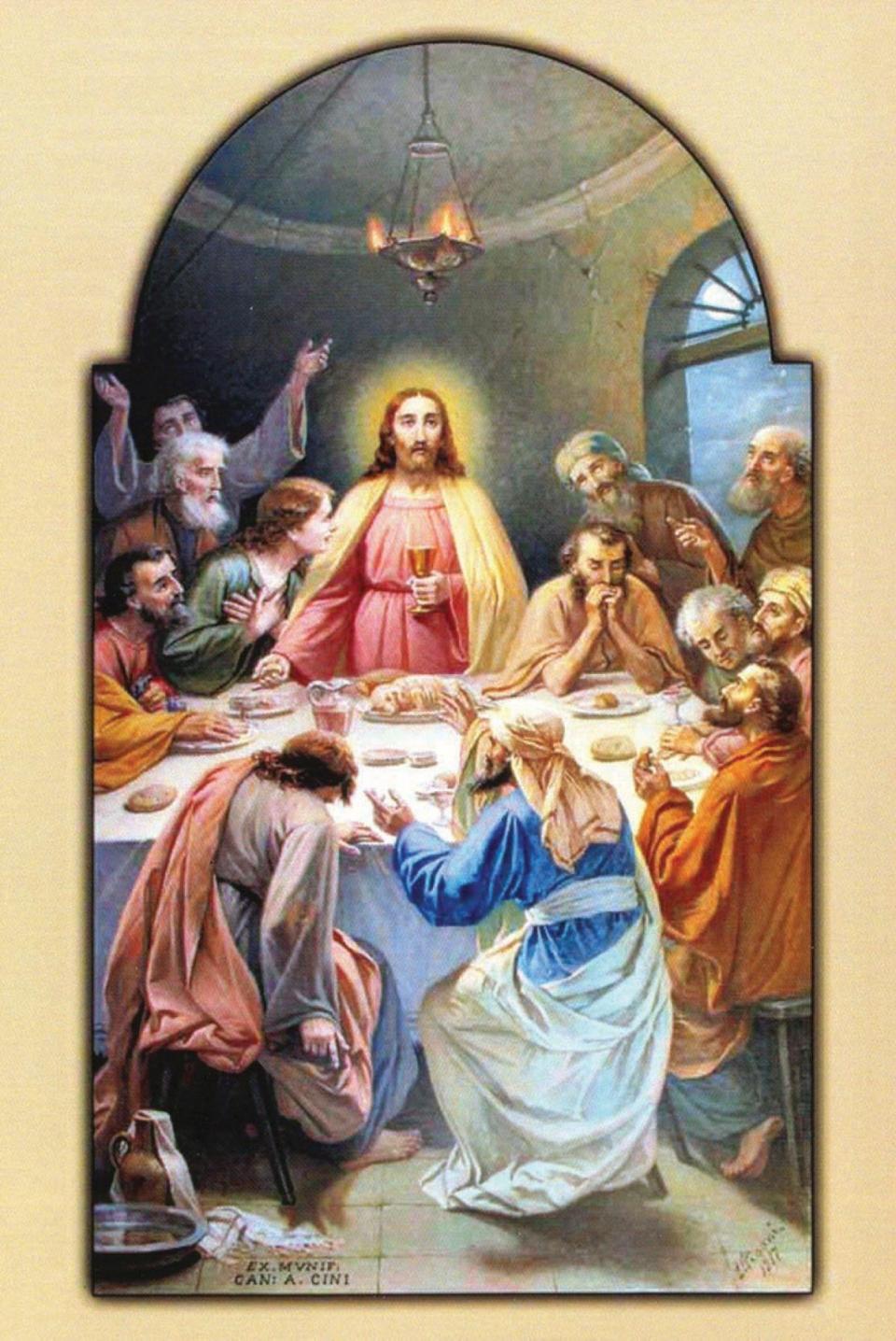 The parish church’s titular painting, The Last Supper, was painted by Lazzaro Pisani of Żebbuġ, Malta, around 1917.

Since the parish was dedicated to the body and blood of Jesus, the titular painting shows The Last Supper, during which Our Lord instituted the Eucharist. It was painted by Lazzaro Pisani of Żebbuġ, Malta, around the year 1917. In 2007, Mgr Edward Xuereb, parish priest from March 2004 to September 2021, commissioned the restoration of the painting by Emanuel Zammit from Żejtun, with the help of financial assistance from Bank of Valletta.

Due to the spiritual dimension of the titular of the church, a discussion ensued as to whether the church should have a titular statue that would be taken around the streets of the locality in the form of a procession. After a time of reflection and the holding of a vote, the Għasrin decided in favour of a titular statue.

Michael Camilleri Cauchi, son of the late Wistin, was chosen to be the statuary. The statue of the Eucharistic Christ was sculpted in papier-mâché and brought to the church in October 1980; it is often referred to as Is-Salvatur, though the name is not precise. The feast is celebrated in June.

Although Għasri is the smallest village of Gozo, in the past couple of decades it has become very popular with foreigners looking for a place to settle. Renowned for its quietness and its countryside while at the same time being conveniently situated so near to Victoria, the village is a small haven for both locals and tourists.

With its motto being “Ex Labore Fructus”, meaning ‘From work, the fruit’, Għasri’s name is a constant reminder of the hard-working Gozitans who inhabited the area and built the beautiful church that dominates the village to this very day.