Moviment Graffitti will be leading a protest on Saturday demanding an end to what they describe as a “developers’ dictatorship”, following a building collapse in Hamrun that left a mother-of-two dead and buried beneath the rubble of her own home.

The activist group is urging residents, citizens and civil society groups to join the Saturday protest march, which will start at 10.30am outside St Thomas More College in Santa Venera and proceed to the collapse site.

Saturday's protest will be a non-partisan one, the activist group emphasised.

Miriam Pace, 54, was killed in the Monday afternoon collapse, which police suspect was caused by negligent site works happening next door. Six people, including the architect and site technical officer leading that project, have been arrested in connection with the case.

In a statement announcing the protest, Moviment Graffitti said that a “group of developers” had a total control over politics, politicians and authorities. 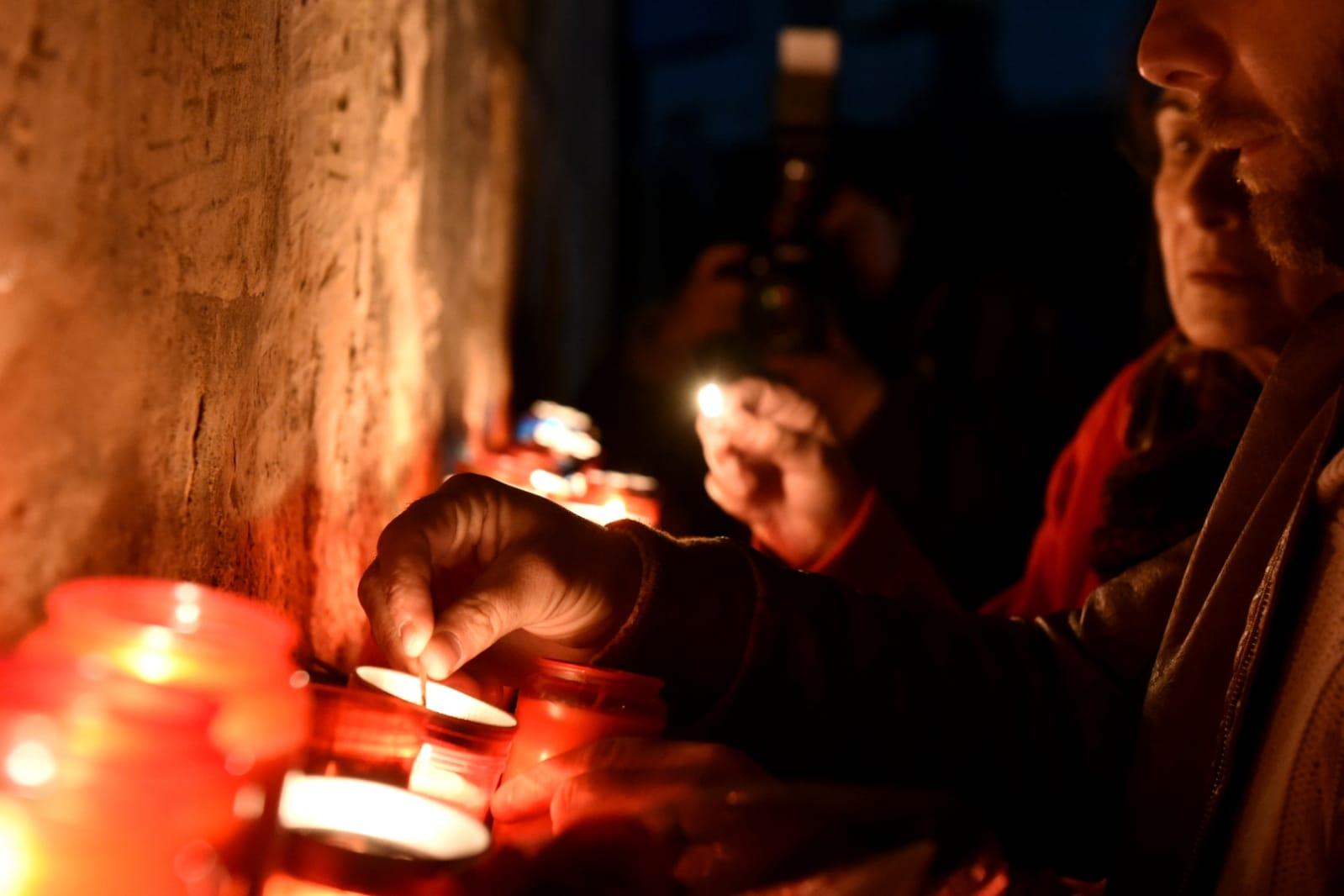 People light candles for Miriam Pace during a silent vigil held in her honour on Tuesday. Photo: Chris Sant Fournier

“The construction lobby is continuously interfering in reforms in this sector and insists that its profits, not decency, are the most important value. The lack of enforcement in the sector, inadequate laws, a complete laissez-faire in planning, the lack of safety in construction sites, and the arrogant bullying attitude of this lobby are the result of years and years of donations and pressure on the world of politics,” the group said.

Incidents like Monday’s would continue, the group said, because a reform introduced last summer following a spate of similar collapses had not tackled structural problems inherent in the current system.

It is not the first time that the activist group has organised a protest march calling for developers' political power to be cut down to size: last June, the group had marched towards the offices of the Malta Developers Association following three building collapses in two months.

Moviment Graffitti has made a series of proposals to reform the construction sector, from creating a points system for contractors to limiting the number of permits which can be executed concurrently in any given area or limiting construction works to a maximum of eight hours a day.

The NGO is not the only civil society group to put forward proposals to reform the construction sector: on Wednesday, the Civil Society Network unveiled 10 proposals of its own.

The CSN proposals call for geological studies to be required for all demolition or excavation projects, including those already underway, and call on the government to introduce a scheme allowing people with houses built before 1980s to receive subsidies for studies checking the safety of their houses.

The group also wants funding to health and safety authorities and the Building Regulations Office to be increased by 200 per cent.