He was elected in February 2018, one year after Pope Francis forced his predecessor to resign following an internal power struggle.

Foreign Affairs Minister Evarist Bartolo offered the Order his condolences on behalf of the Maltese government.

Giacomo Dalla Torre del Tempio di Sanguinetto, a 75-year-old Italian medieval art expert, had been named interim head in April 2017 and tasked with ushering in a period of reform within the order.

Deeply saddened to hear of demise of Grand Master Fra Giacomo Della Torre del Tempio di Sanguinetto. He was an inspirational man and a living example of the mission of the Sovereign Order of Malta to defend the weakest and the poor. - RA

Fifty-seven members were selected to participate in the vote on Dalla Torre's nomination, including two women, a first in the conservative order's history.

Born on  December 9 in 1944 in Rome, he graduated in Humanities from the University of La Sapienza, specialising in Christian Archeology and the History of Art.

He held academic posts at the Pontifical Urbaniana Institute, teaching classical Greek, and was also chief librarian and archivist for the institute’s important collections.

Over many years, he published a range of academic essays and articles on aspects of medieval art history.

Dalla Torre became a member of the Sovereign Order in 1985, and took his solemn religious vows in 1993.

He served in a number of senior roles before being elected 80th Grand Master in 2018.

Throughout his life, Dalla Torre was a great lover of music, especially Italian opera, and his musical knowledge was prodigious, as was his appreciation of the arts and of history. 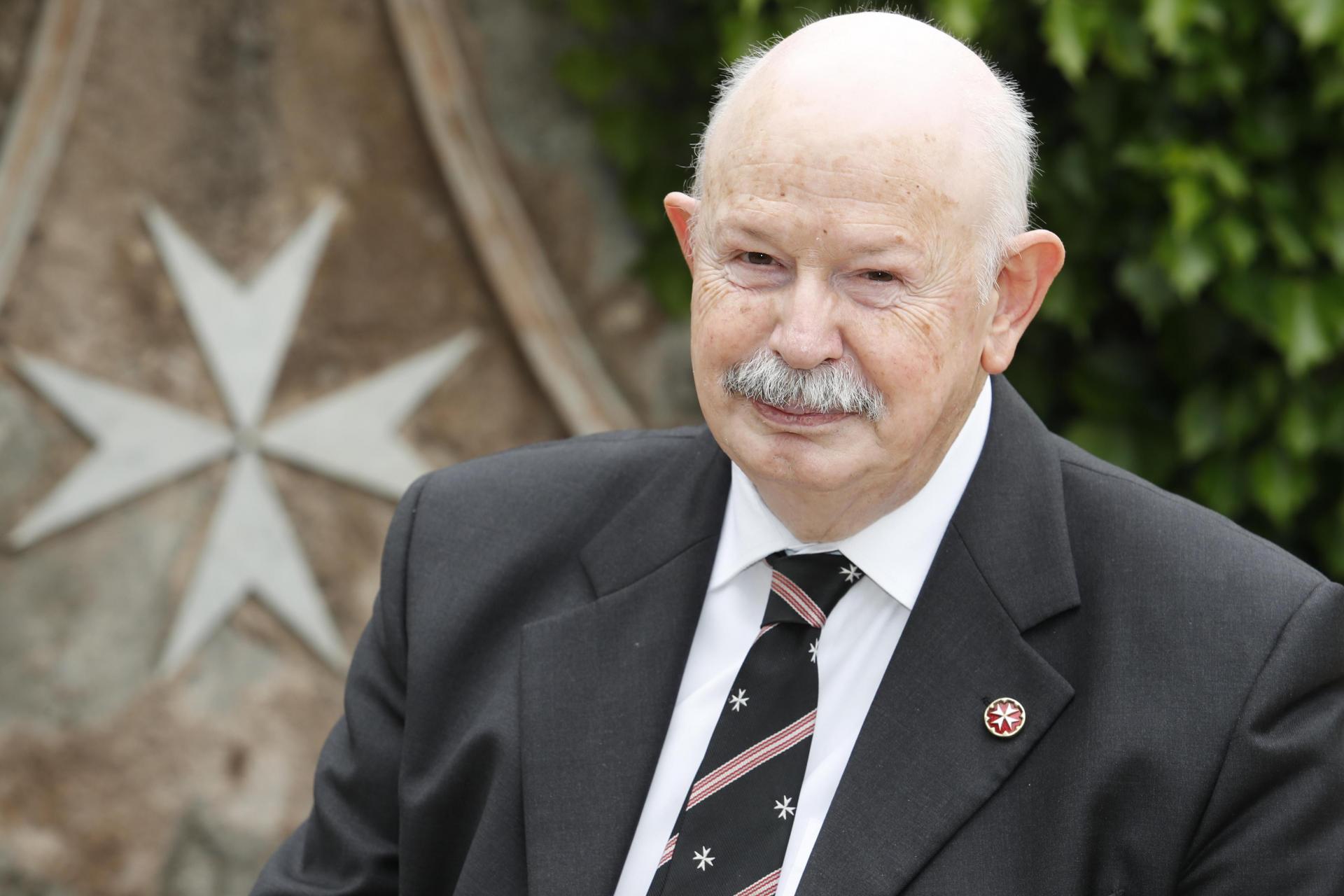 What is the order?

The Sovereign Military Hospitaller Order of St John of Jerusalem, of Rhodes and of Malta, founded in Jerusalem around the year 1048, is a Catholic religious and lay order best known locally for having occupied Malta for over 200 years and having survived a siege here by the Ottoman Turks in 1565.

Its mission is to bear witness to the faith and assist the poor and sick.

Today the Order of Malta is mainly active in health and social care and humanitarian aid, operating in over 120 countries.

Malteser International, the Order of Malta’s special relief agency, is on the front line in natural disasters and to alleviate the consequences of armed conflicts.

It is currently engaged in countries bordering Syria and Iraq to provide aid for the population fleeing from the violence.  Alongside the Italian units, the Order of Malta’s Italian Relief Corps participates in first-aid operations.

It is neutral, impartial and apolitical.

It is a permanent observer to the United Nations and its specialised agencies and has representatives to the main international organizations. Since 1834, the seat of the Order of Malta’s government has been in Rome, where it is guaranteed extraterritoriality rights.

In a statement, the Nationalist Party expressed its condolences.