Travel vouchers for all young people, automatic pension increases at twice the cost of living adjustment, and lower tax for those earning between €60,000 and €80,000 were promised by Opposition leader Bernard Grech in a speech in parliament on Monday on plans for a future PN government.

In his official reaction to the budget speech, Grech said a PN government will extend the 25% tax bracket from the current maximum income of €60,000 to all those earning up to €80,000.

Grech said the measure would be introduced in the first budget to be moved by a PN government and would result in savings up to €2000 for those involved.

“We want to encourage those who work hard, rather than have them treated like thieves,” Grech said.

The measure will be a boon to high-income earners and will mean that all income ranging from €20,000 to €80,000 a year is taxed at the same rate.

According to the Labour Force Survey, Malta's highest-grossing employees - men working in financial services - earn an average of €35,000 a year. The average worker makes significantly less than that, at around €20,000 per year. But the survey provides averages and does not provide data based on income, or for self-employed people.

Grech said that on returning to the government, the PN will also extend the VAT exempt bracket from the current €30,000 limit to €60,000, benefiting many small businesses.

In other parts of his wide-ranging speech, Grech said a future PN government would also introduce a scheme whereby those aged over 60 would no longer pay for the family doctor of their choice.

Grech said the PN considered the current COLA Cost Of Living Adjustment as inadequate, with particular detriment to the elderly. Therefore the PN wanted to see the introduction of a mechanism, independently of COLA, to ensure that pensions went up every year by twice the cost of living adjustment to workers.

At the beginning of his address, Grech said his vision was based on a number of pillars. The first was a proper work-life balance which would ensure that people did not need to work all the time to make ends meet. He also wanted to see a better environment and a country which encouraged and helped all those who wanted to work. To do this, Malta needed to create the climate for success, including coming out of its greylisting as a financial jurisdiction.

Going over the budget, Grech said this was a budget that did not plan for the future. What counted for the government was winning the general election. This was a budget whose biggest characteristic was a huge increase in government debt – which did not stem from COVID-19 but from corruption and inefficiency. As a result, Malta was borrowing €4 million a day.

The government was planning that VAT revenue next year would be a third higher than pre-Covid levels. How would this happen, would there be an increase in VAT?

Grech said there were positive measures in the government’s budget, such as lower tax on part-time work and reduced tax on property and free medicine for IVF treatments, which the PN had proposed and been ridiculed for. The government had also taken up the PN suggestion to make more cancer pills available for free. The PN also agreed with the pension increases.

The government finally had given increases in the students’ stipend, which the PN had also been calling for after the government reduced them. But more needed to be done, and a PN government would raise the stipends by 25% to attract students for the professions which were needed most and had a shortage of workers, such as nursing, teaching and social work. A PN government would also substantially improve teachers’ salaries and career progression streams.

In an effort to broaden the minds of young people, the PN was also promising a €500 Europe travel voucher for people aged 16 to 21. This would apply for travel for cultural, trade or sports reasons.

Turning to transport, the opposition leader said the PN agreed with having a free bus service, indeed it should start in January rather than October. But the government had so far not even spoken to the bus operator on its plans!

The government had so far failed in this sector. It said it was spending millions on widening the roads, and the people were still wasting more time in traffic congestion. And no funds were allocated in the budget for the proposed metro.

A future PN government would promote the concept of car pooling and car sharing as a means of reducing the number of cars on the roads and the pressure on parking. It would also have all buses turned electric by 2025.

Grech said the PN wanted to introduce tax credit for employers who invested in worker training.  It would also hold talks on the principle of having a ‘living wage’ starting from a basis of €1,000 a month.

On the property incentives, Grech asked why properties in urban conservation areas need to have been abandoned for seven years before those restoring them can benefit from incentives. As a result, this government incentive could have an opposite effect - people could end up leaving buildings abandoned for years until they become eligible from the tax waiver. If urban conservation areas were to be improved, such waivers should be extended to all such properties in UCAs immediately, he argued. 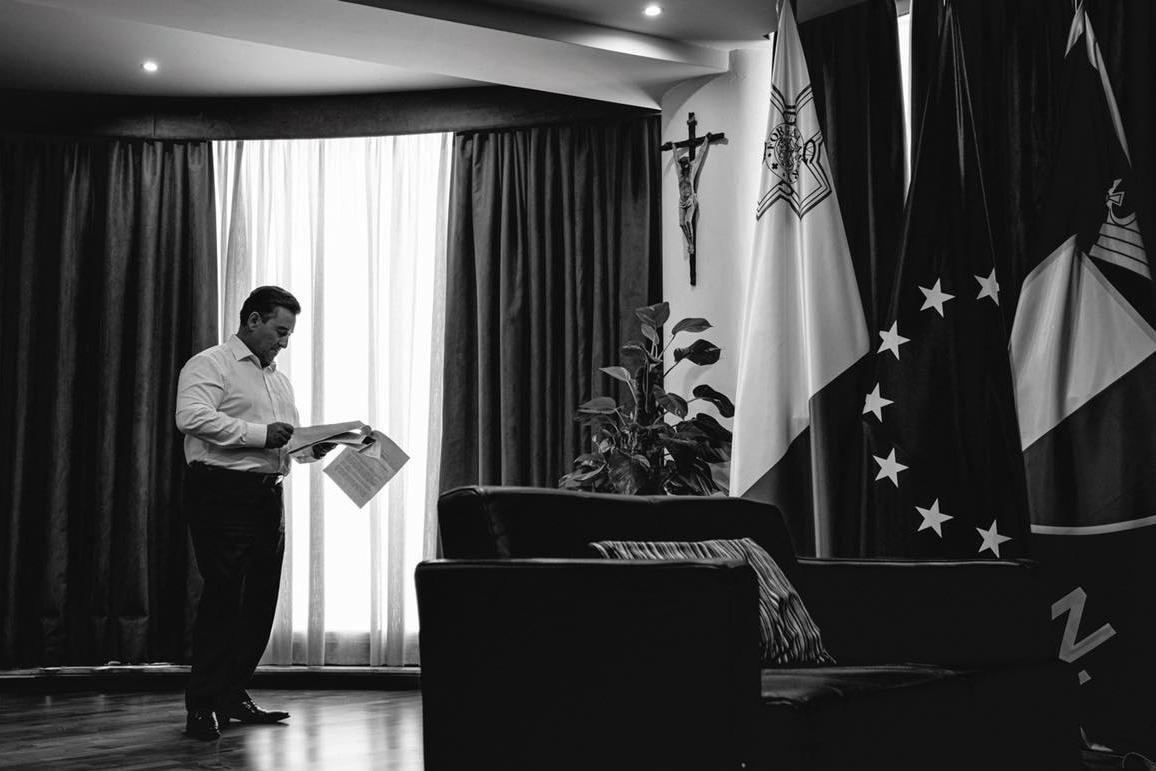 He said a PN government would also introduce a property fund to help young property buyers fund their deposit of between 10% and 25% of the purchase price. This would be available for first-time buyers.

A PN government would also introduce a VAT exemption up to €10,000 on finishing and furnishing works on shell form properties bought by young and older buyers, in order to make properties energy efficient.

Grech hit out at the government over a series of unkept promises in Gozo and said a PN government would invest in two new ferries, a new 400-bed hospital and a hospital helipad.

On tourism, he said a PN government would reduce VAT on restaurant and hotel services to 7%.

He welcomed the afforestation project for Inwadar and said the PN would also safeguard Marsascala Bay, rather than have it turned into a yacht marina. 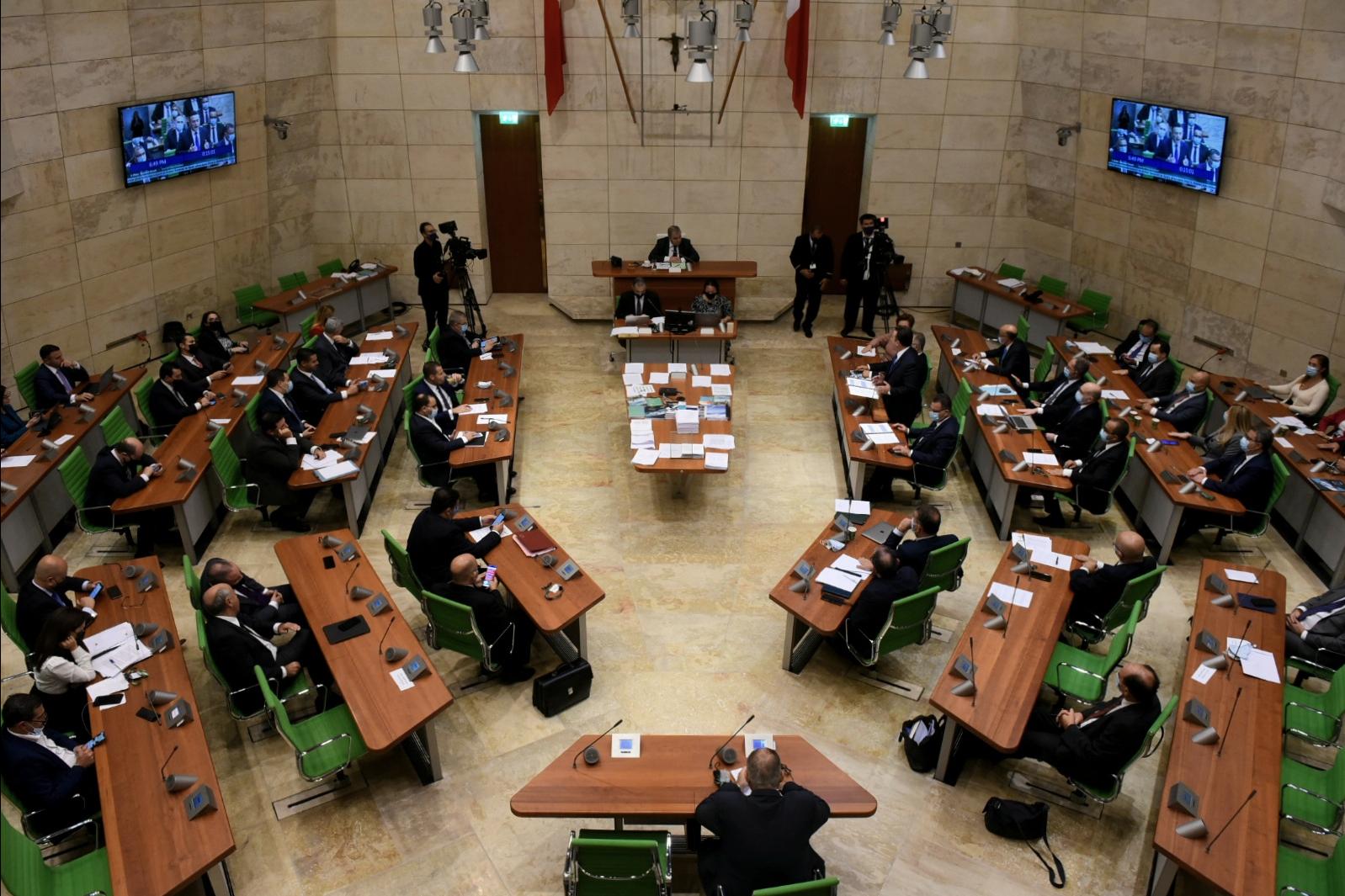 A full house for the speech on Monday.

On the environment, Grech said a PN government would stop unchecked urban development, impose tougher restrictions on development outside the development zones and ban solar farms in such ODZs.

The opposition leader spoke on new government burdens being imposed on professionals and said the PN in government would set up a specialised due diligence unit for notaries, lawyers and other professions needing such services in terms of the law, so as to improve efficiency and reduce costs.

The opposition leader criticised the government for not having tangible recognition for the frontliners in the fight against COVID-19 and said a PN government would allocate €14 million for a bonus for such workers. The funds would come by halving the amount the government spends on persons of trust.

In his speech Grech also reiterated PN promises for a better work-life balance including 15 days of paternity leave and eight weeks of parental leave.

Near the end of his speech, Grech said a PN government would fund its measures through strong economic growth and stop squandering and corruption which pushed up government costs.

It would hit the ground running, showing the world that rather than greylisting, the country was an attractive investment destination that rewarded companies that invested here, such as by waiving tax on research and innovation. Particular focus would be placed on the green economy particularly the sector of vehicle batteries which would soon have a huge market.

Another focus would be on the digital economy, by providing tailor-made measures for internet platforms, for example.   More details will be given in the future.

Grech reiterated the PN promise to refund funds 'stolen' from consumers through wrong water and electricity bills. He welcomed the increased assistance for those who buy a new electric car but said support should also be extended to those who buy second-hand electric cars.

Grech urged all those who agreed with him to come together to build a Malta for everyone and bring about a change with a vision.