Updated - Adds photomontage. Mepa has given the green light for the rebuilding of the historic arch at Fleur-de-Lys.

The application for the development permit was filed by the administrative committee of Fleur-de-Lys, which is part of Birkirkara local council.

The committee is planning to build a replica of the arch on the roundabout between St Joseph High Road and the Rabat road, on the original site.

The arch - also known as Wignacourt Arch - was actually a large arch and two smaller ones which linked the aqueduct in Mrieħel and Sta Venera. It was demolished after having been damaged by a Royal Air Force crane in an accident in 1943.

The arch was adorned by Grand Master Alof de Wignacourt's escutcheon and by three carved fleur-de-Lys at the top, which gave the name to this locality.

The new arch will be built to the same dimensions of the old one, on the existing roundabout, so as not to hinder the heavy traffic flow.

Two plaques from the original arch, relocated recently, will be included in the new structure. 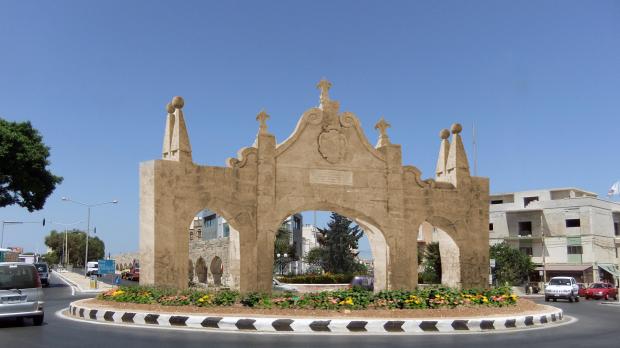 An impression of how the new arch will look.