A “monstrous” five-storey development overlooking St Julian’s Spinola Bay, that engulfs a late 19th century townhouse's façade, has been described as “yet another example of uglification” and as a “horrendous project” that disrespects the country’s heritage.

The development was propelled into the limelight after a picture was posted on Facebook page 'Ugly Malta' showing a block of apartments being built around the old townhouse. Words like “barbarism”, “vandalism”, “grotesque”, and “disgusting”, accompanied the picture.

Many questioned the Planning Authority's decision to permit the development. According to the application, the façade on Spinola Bay was to be dismantled and re-erected on a new building alignment. 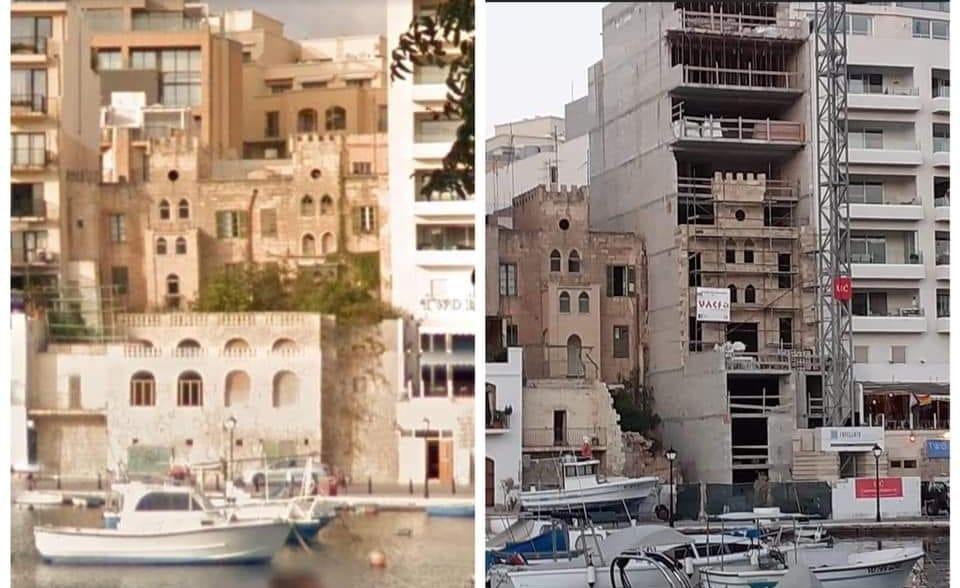 Superficial preservation of our culture

In a strong-worded statement, the HoASA described the development as a “superficial preservation of our culture”.

“It has become extremely rare to see these late 19th century buildings along the promenade throughout the island. These townhouses along Spinola Bay gave it that little bit of character to grasp onto. Having a façade incorporated into such a building diminishes the aesthetic value completely,” Hannah Dowling, president of the History of Art and Fine Arts Students’ Association, HoASA, told Times of Malta.

“These late 19th century townhouses boast their characteristic turreted features, giving Spinola a fascinating quality… Allowing the construction of five storeys in this gross manner, engulfing the remains of the townhouse and stripping it of its dignity is truly a shameless act of insensitivity to our cultural identity," she said.

St Julian’s mayor Albert Buttigieg said the council had objected to the project due to the historic nature of the building involved.

“They were meant to incorporate and respect the historic building, but they did not. It ended up being an atrocity. This is yet another example of the uglification of St Julian’s - a place that is meant to be the showcase of Maltese culture to the tourists who flock here,” he said, adding that residents were always an "afterthought" for the planning watchdog.

Buttigieg added that he foresaw another problem in future. The former boathouse of the townhouse had now been given a permit to operate as a restaurant that will probably apply for an encroachment permit to place tables and chairs outside – but that area was reserved for fishermen under a bylaw.

“I foresee that this is going to be another battle. Let’s see if, this time, they will take note of what residents think,” he said.

Environmental heritage NGO Flimkien għal Ambjent Aħjar said it had previously fought off two applications to replace the houses with flats and had them protected as scheduled buildings.

"However, we are dealing with a planning system that caters for Philistines, allowing developers to outrun objectors by repeat applications, even when initially refused," Coordinator Astrid Vella said.

She said chances to the law had also allowed "easier, secretive descheduling". 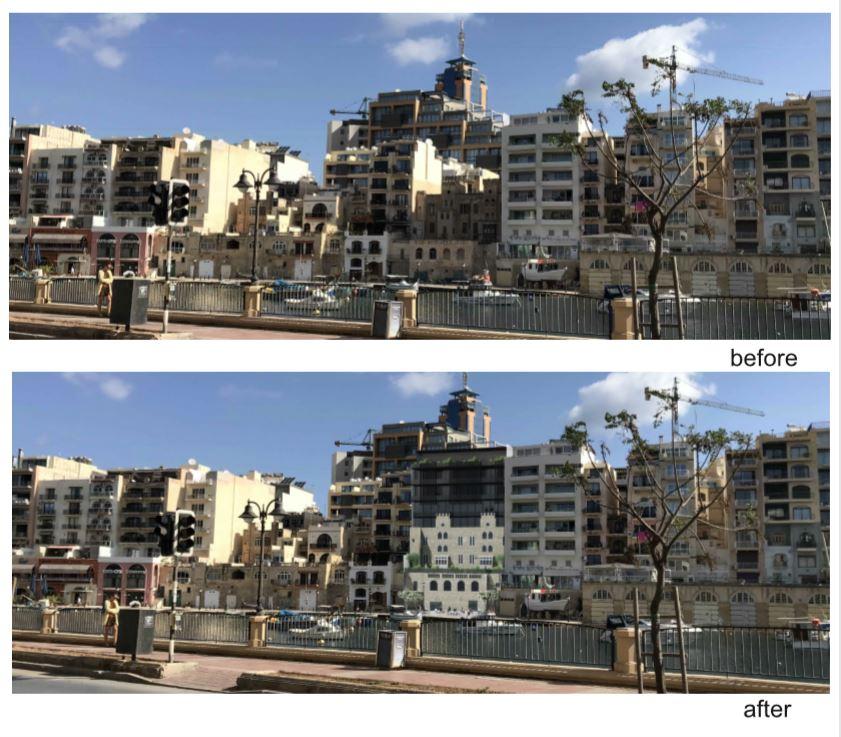 In a statement released on Friday afternoon, The Planning Authority said development was part of a "comprehensive design scheme', which also included the adjacent townhouse.

It said it had allowed "the dismantling of the building façade...and its reerection on the new alignment" after clearance from the Superintendence of Cultural Heritage and the Design Advisory Committee.

"This was subject to a bank guarantee to ensure works are carried out in accordance to the approved method statement. The overlying floors, which complement the immediate area in terms of design, are also in line with the height limitation of the area and similar to that of the adjacent plots."

The project's architect, Annamaria Attard Montalto said: “All the details pertaining to this development application are available online, accessible to the public through the website of the Planning Authority. The application was assessed and approved by all stakeholders. Works are proceeding in accordance with the permit conditions and approved restoration method statement.”