This year the Akkademja tal-Malti celebrated its 100th anniversary. Originally set up to streamline the Maltese alphabet, over the years its role evolved and it now focuses on promoting the national language and Maltese literature. Secretary Joseph Borg tells us why this is important and relevant in preserving a nation’s history and defining its future – to ensure that Maltese does not become a foreign language to today’s natives.

The Maltese language is probably the only factor that today distinguishes us and gives us our identity.

On joining the European Union, Maltese became an official language of the EU – no mean achievement for a language spoken by less than half a million people. We should strive to speak it and write it properly because it is part of our identity and heritage.

Maltese literature also plays an important part in the role of identity and diversity. Preserving and strengthening our language and literature is crucial because our literature is essential for us to understand our own behaviour as members of the human race.

Through our literature, we may scrutinise our social and psychological issues, develop our wellbeing and personal growth and create a sense of belonging and involvement.

Because of its rich historical background, Maltese may seem difficult to write. But the reality is that people prefer to write emails and all forms of communications in English.

As we write less in Maltese, lack of practice will mean that we will find it harder, write it badly and grumble more about it. And once parents decide to speak to their new-borns only in English, that linguistic ‘umbilical cord’ connected for generations through our grandparents, our forefathers and our ancestry simply disappears. And Maltese is actually becoming a ‘foreign’ language for today’s natives. 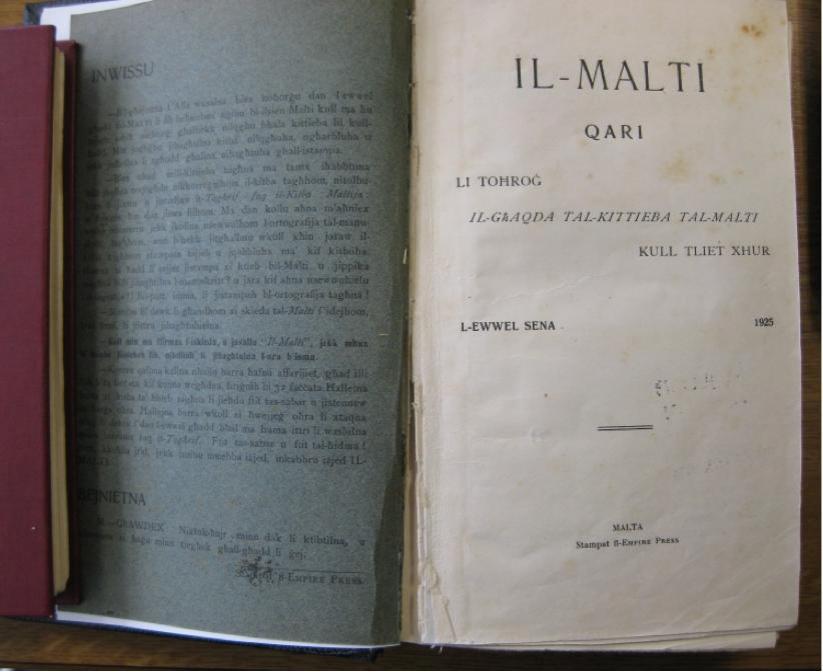 But, thankfully, the language is still very much alive – being used and studied.
What is really worrying is that sometimes students opt for Maltese because it is their only choice when deciding their main areas of study – like law. They might then find the subject difficult to tackle because their basic ground in it is weak. Primary and secondary education should be enough for all students to reach a good level in spoken and written Maltese, but this is not always the case.

We have noticed that when it comes to tertiary education, students are also opting for other subjects in the social wellbeing areas. But the number of students taking Maltese at advanced and intermediate level is still high and most important of all, they obtain good grades. The old adage, ‘quality not quantity’, still counts.

In 1920, when the Akkademja tal-Malti was established as the Għaqda tal-Kittieba tal-Malti, one of its first tasks was to formalise an alphabet for a language that had progressed rapidly from a purely spoken one to one printed in books and taught in schools. The Għaqda’s main purpose was to find a compromise between various writing systems and to establish an official alphabet.

The first meeting, held at the Unione Cattolica San Giuseppe in Valletta, was attended by 36 writers. Among the founding fathers were Ġużè Muscat Azzopardi (1853-1927) known as the Father of Maltese Literature, Dun Karm (1871-1961) – Malta’s National Poet, and Ninu Cremona (1880-1972) – the pre-eminent grammarian of the 20th Century. The meeting commissioned eight people to compile a report on orthographic and grammatical rules. 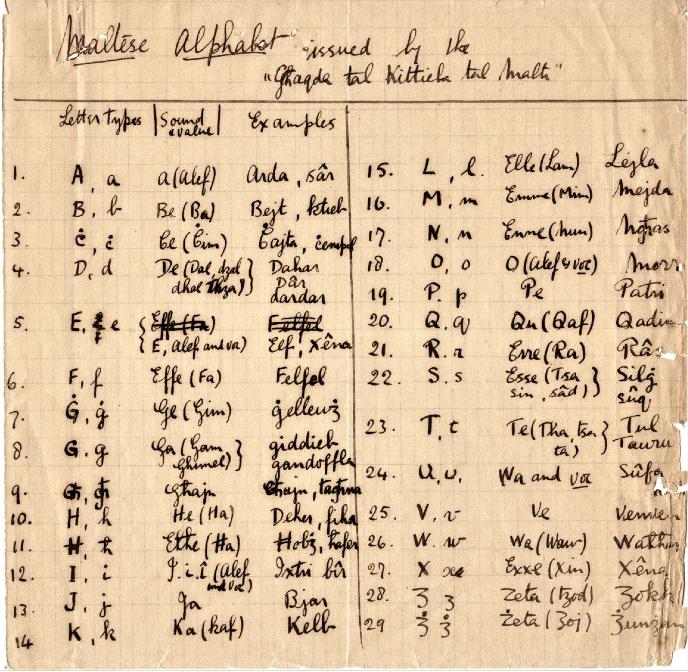 The Għaqda published It-Tagħrif fuq il-Kitba Maltija in 1924 which became the authority on Maltese writing once it was officially recognised in 1934. Over the years the Akkademja felt the need to update its orthographical system which now had integrated in all spheres of Maltese life. The Żieda mat-Tagħrif (1984) and the Aġġornament tat-Tagħrif (1992) presented new rules to integrate loan-words especially due to the avalanche of English words through television and later on, the internet.

In 2005 an act was passed in parliament which set up the Kunsill Nazzjonali tal-Ilsien Malti to improve the written standards of Maltese and remove remaining ambiguities.

The Akkademja’s role now changed. Today it focuses on promoting not only the national language but also Maltese literature, especially through its official annual publication Il-Malti – a journal first published in 1925.