Two law students cleared by judges despite being found guilty of theft will be granted a warrant to practise their profession, Justice Minister Owen Bonnici told this newspaper.

In March, the Times of Malta reported that four court judges, examining law students prior to obtaining their warrants, cleared Yanica Barbara, 28, of Attard, and Thomas Sant, 30, of Qormi, who had been given a conditional discharge.

According to the Association of Judges and Magistrates in Malta, at law this decision was not a conviction. 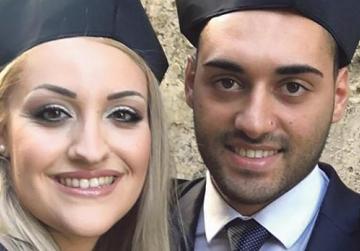 However, both the Chief Justice and the president of the Chamber of Advocates objected formally to the President about the issue.

In view of these objections, the Justice Ministry had withdrawn the warrant invitation to the two students. Asked about the case, Dr Bonnici on Thursday told the Times of Malta that the granting of the warrant had been halted so that he could discuss the issue with the concerned parties.

“We spoke, and there is still disagreement on whether [Ms Barbara and Mr Sant] should be granted the warrant, but I believe that since four judges gave the go-ahead for the warrant, it is my duty to grant it.”

Disagreement on whether they should be granted the warrant

Following the Times of Malta report in March, it later emerged that the Justice Ministry was allowing individuals to ask for court judgments to be removed from the public database which is available online.

While Mr Sant’s judgment can still be retrieved from the Justice Ministry’s website, Ms Barbara’s sad been removed, though it could not be ascertained when this was done.

According to the Code of Organisation and Civil Procedure, no person is entitled to obtain a warrant to practice law unless s/he is “of good conduct and good morals”.

Dr Bonnici was speaking to the Times of Malta following the presentation of warrants to eight new notaries – all women, half of whom are from Gozo.

In his address to the new notaries – who will join a total of 344 practising ones – Dr Bonnici said the long-called-for code of ethics for notaries would be launched today, strengthening a profession that might have been tarnished over the past few years by a couple of notaries.

The first draft of the Maltese Code of Notarial Ethics had been presented at an extraordinary general meeting of the notarial corps in April 2002.

Meanwhile, asked about the names of magistrates who, according to Malta Today, were being touted for the role of new judges, Dr Bonnici “would not speculate”, although he did say that it was time to increase resources at some courts.