Updated at 10.30am with OHSA comments

The developer of the site at Gwardamanġa, adjacent to the collapse of a three-storey neighbouring building, had followed all procedures and had filed all the documentation required, the president of the Malta Developers’ Association Sandro Chetcuti said on Thursday.

The MDA reacted immediately to the news of the late-night collapse, and an agitated Mr Chetcuti confirmed to the Times of Malta that the site was being developed by one of its members, saying he was anxious to prevent people from jumping to conclusions.

"We were extremely concerned and cannot stress how relieved we were that no one got hurt," he said.

Although not in a position to comment on what may have caused the collapse, Mr Chetcuti said his priority was to ascertain that the developer had not omitted any of the procedural steps and that there had not been any prima facie negligence which may have contributed to the collapse.

“We contacted the authorities to verify that the developer and his architect had done all he needed to do in terms of method statements, condition reports and so on. I can confirm that all the documentation had been filed,” he told Times of Malta.

Read: Building collapses in Gwardamanġa, residents out in the streets

Mr Chetcuti said that the spate of accidents over the past months, some of them fatal, underlined the important of having a sector that was self-regulated, which would be possible if it were mandatory for developers to register with the Malta Property Foundation, a partnership between MDA and the government.

“There is a big difference between someone who buys a plot and gets an architect and a builder – and a professional developer. The former is very often not aware of all the procedures that need to be followed.

“If developers were registered, we would be able to control the standards and investigate abuse,” he said.

He pointed out there was a difference between the intrinsic safety of the site and the safety of the employees – which falls under the Occupational Health and Safety Authority.

“And another point is that sometimes, accidents do happen,” he added.

The building collapsed late on Wednesday evening, in an incident which shocked neighbourhood residents but resulted in no injuries.

The corner wall of the three-storey block came crashing down around 10.40pm, with bricks and concrete rubble spilling onto the road and into a construction site next door. Police evacuated more of the area on Thursday morning as another section of the building was expected to fall - while cracks had also appeared in the RMF building next door.

The development in question has been going on intermittently, at least since 2017. Demolition and the main excavation works were finalised prior to May 2018. Construction activities continued at a very slow pace until recently, OHSA chief executive Mark Gauci confirmed to the Times. 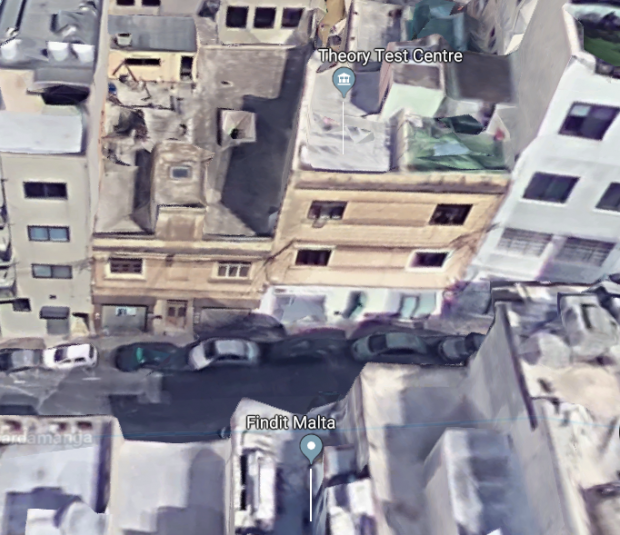 OHSA officers had visited the site on two occasions when no serious shortcomings with regards to occupational health and safety regulations were noted.

These regulations fall under the remit of the Building Regulations Office and among other things, these regulations require the preparation of a method statement which shall be prepared by a perit in collaboration with the site manager and the contractor.

The method statement indicates the procedures to be adopted during the excavation, demolition and construction phases including any information which is relevant to safeguarding both the stability of the works being undertaken, as well as the stability of adjacent structures or terrain.

“As already stated, it is BRO’s responsibility to investigate whether such an onerous obligation has been fulfilled with regards to this incident,” Mr Gauci said, adding that the risk to third parties following yesterday’s incident needed to be seen in the light of the protection of members of the general public, and therefore has to be addressed by the police.