A roaming and interdisciplinary performance taking place in Gżira this weekend is the culmination of an art-research project carried out among the local community in the past months. Taking part in the event will be a number of residents who will share personal recollections of the town and how they have seen it change over the years.

One of these is well-known personality Tony Cassar Darien, who says he has seen Gżira “transform from a pastoral haven to the bustling cosmopolitan town it is today”. He gives some historical background.

“Living next door to Sliema, and its forever vying to land the title of commercial hub of the island from the capital, Valletta, Gżira ended up hosting those who could neither buy nor rent in Sliema,” he says.

“Another push came via the families of Her Majesty’s Armed Forces who rushed to Gżira to be in the proximity of Manoel Island with its sporting and other entertainment facilities.

“Lined along the front, a goodly number of bars dished out the beer as they created the din on their overworked juke boxes. Four cinemas, within metres of one another, daily drew the crowds. In Gżira, business has always been brisk.”

Fellow local Lawrence Attard laments that the town has become too noisy and overdeveloped.

“Gżira has been transformed from a tranquil typical town, a suburb of Sliema and, in a certain way, Valletta, into a noisy cosmopolitan mecca of various nationalities. 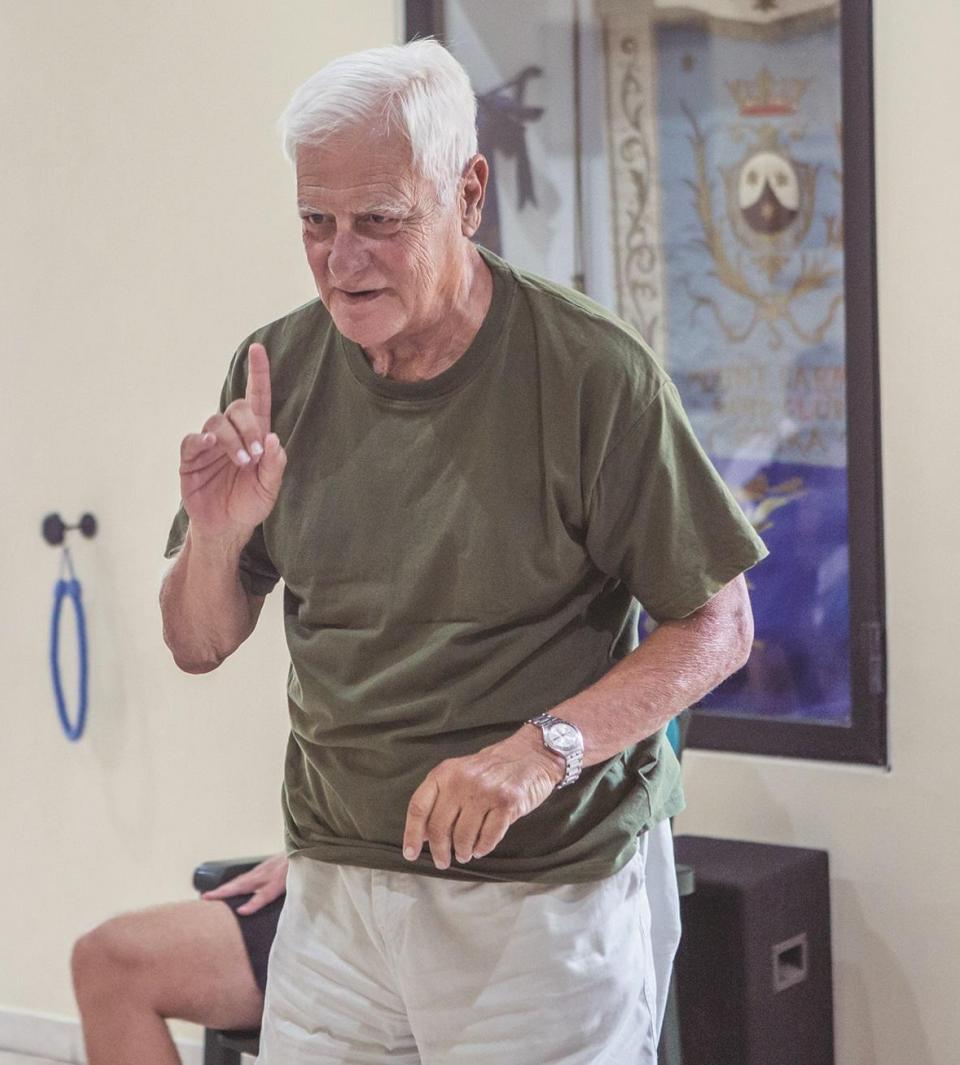 “The typical two-storey houses that used to line the streets of Gżira have been mostly transformed into apartment buildings or hotel residences. Too many restaurants have opened up on the seafront, occupying the pavements with tables and chairs. There is no regulation on how many tables and chairs are placed on the pavement.”

The project, titled Batman Gżirjan, started last March after a public call for participants was launched. Two community groups were eventually formed – a group of 10 Gżira locals and a group of Gżira fishermen.

“The groups presented a very varied mix of experiences, memories and abilities, namely because they come from different age groups. The youngest participant is 30 years old while the most senior is around 80 years old,” project artist and co-director Kristina Borg says.

They took part in a number of workshops, half of which were held online due to the last partial lockdown. This presented a number of challenges, especially due to lack of digital literacy skills among the elderly participants, but the team overcame this issue and Borg believes that they managed to “create and experience a communal feel”. 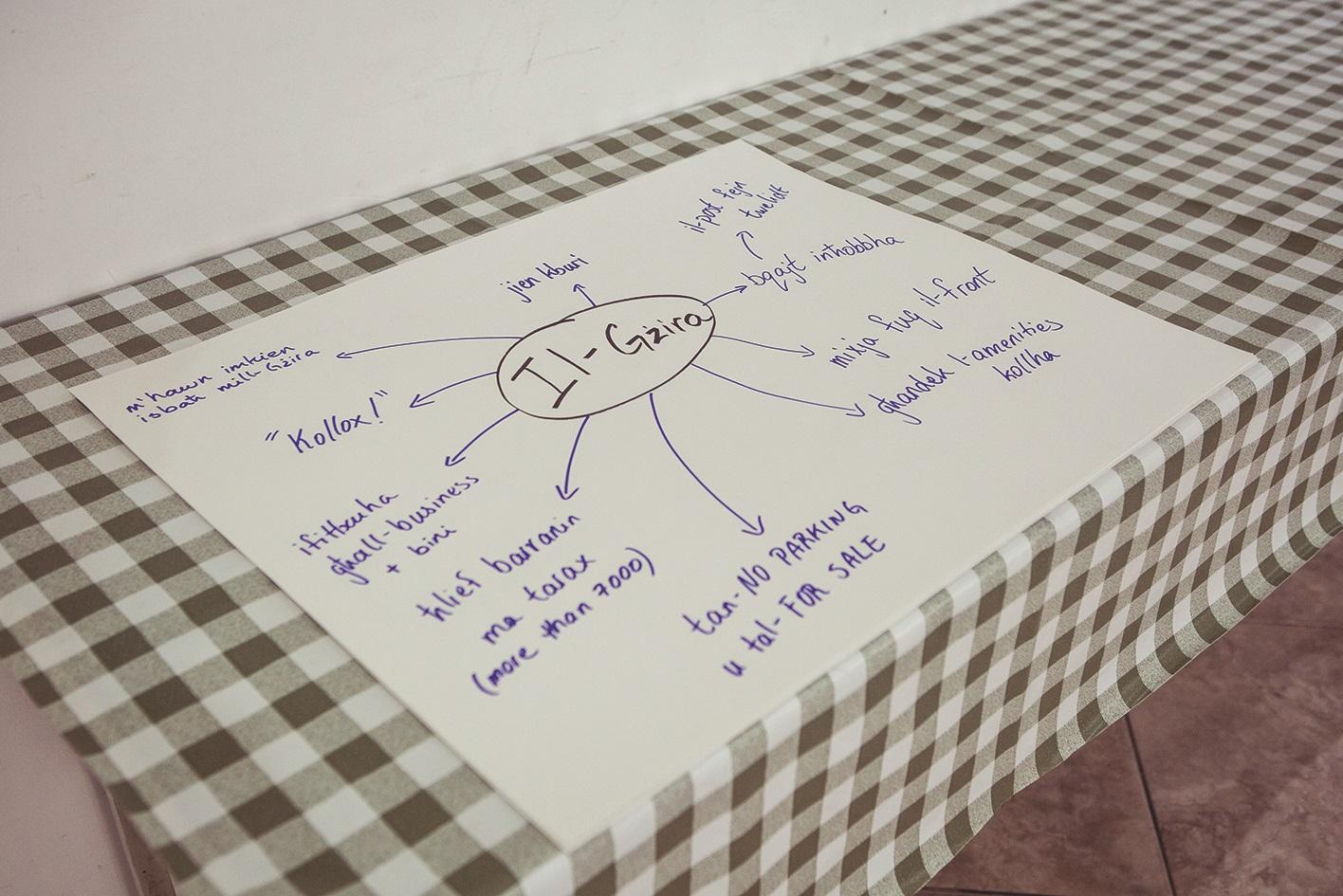 The fishermen’s perceptions of Gżira

The group of locals mainly documented and mapped the transformation of public space in Gżira and also shared experiences and memories from the past, while comparing them to the present. This was mainly achieved through different tasks whereby each participant focused on a different sense: the sense of sight, the sense of smell and the sense of hearing, Borg explains.

For example, for the sense of sight exercise, the group shared photos from the past but also took their own photos of the present, showing the strong points of Gżira, yet also their concerns. This series of workshops concluded with a ‘futuring’ session, whereby the participants had the opportunity to present their vision for Gżira. On the other hand, the workshops with the group of fishermen focused more on Gżira’s proximity to the sea and how they used, or still make use of, this advantage. They also talked about the challenges they encounter, specifically those they face today.

Project participants listing the elements which they feel make up their town’s soul during an online workshop with artist and co-director Kristina Borg.

The research stage ended with the two groups merging together, exchanging stories and finding the most significant themes.

At a later stage, Borg and her team also carried out a survey with 80 passers-by on the Gżira seafront, gaining their views about the town’s transformation.

“It is very clear that the locals have a certain pride of their home town and its seafront views but it is also very obvious that they are saddened by the way that the town is currently transforming. Most of the changes are not community-centred; the developments do not address the needs of the locals,” Borg points out.

“The lack of regular upkeep of public space is definitely another common concern. These were common perceptions presented by both groups of the locals and the fishermen as well as by the passers-by. Such a transformation of the town is definitely leaving a great negative impact on the well-being of the residents.”

On a different note, the middle-aged and senior participants especially enjoyed sharing childhood memories, such as playing or learning how to swim at Manoel Island or taking the first childhood photo in front of the garden on the seafront.

Cassar Darien notes that Gżira spins many a fascinating yarn.

“The historic football sagas emanating from the Empire Stadium, featuring Sliema and Floriana, or the Malta national team taking its first steps in the international arena. The mystique of Manoel Island, discovered by the legendary knights of the Order of St John and nourished by the armed forces of a huge empire on which the sun could never set,” he muses. 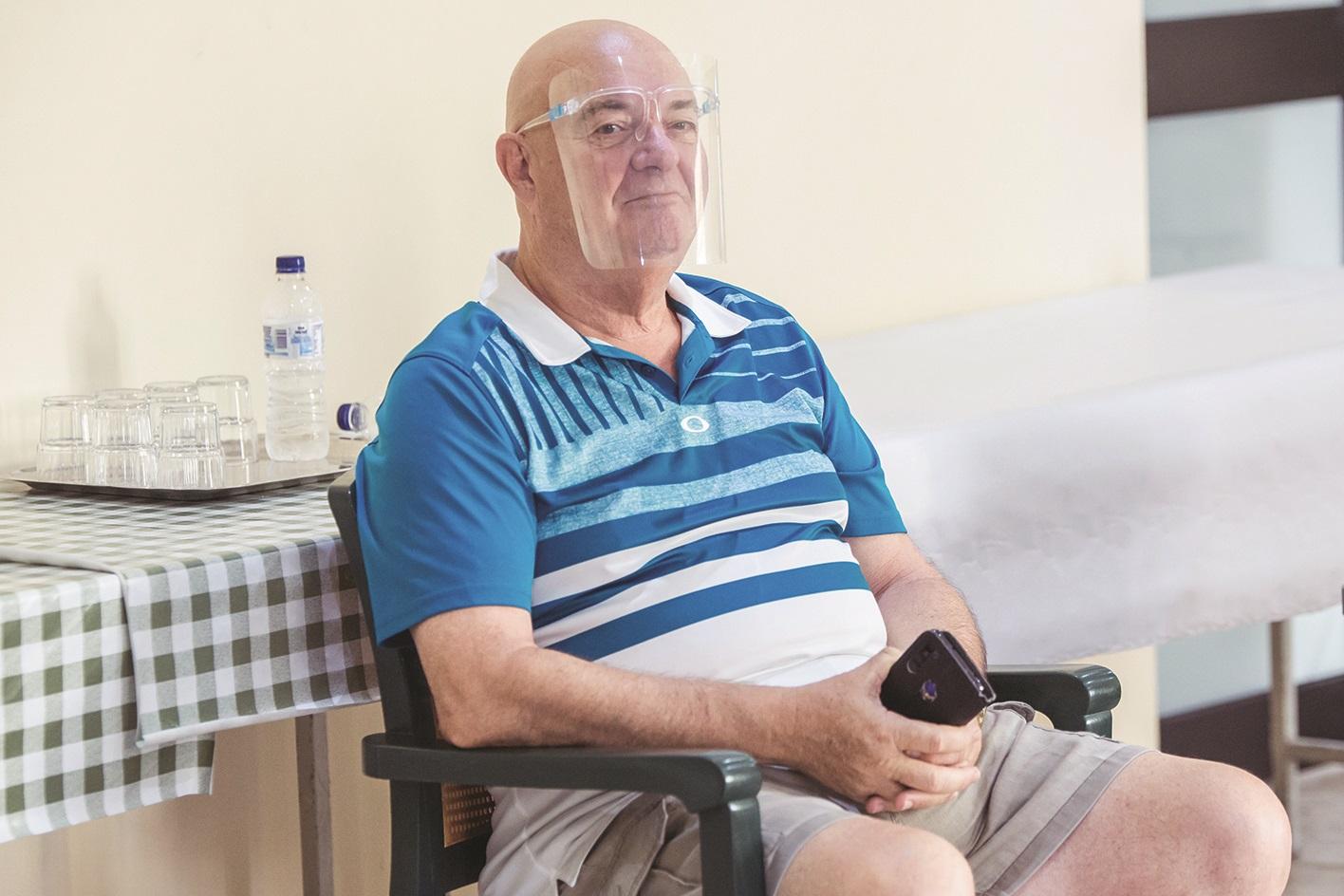 He also mentions the “bigger-than-life stories of some of Malta’s curious sons and daughters”, like Pawlu l-Iswed, Iċ-Ċoqqu, Il-MaryMan, Turu and Albert Rizzo, Lucy tal-Granada and others.  “And if, like me, you relish stories with sweet-tasting endings, Gżira must boast of the biggest number of confectionaries on the island,” Cassar Darien quips.

The final event of Batman Gżirjan, being held tomorrow and on Sunday, will start off with a short walk that departs from outside the Orpheum Theatre in Stuart Street and will continue with a boat trip. Along the way, the attendees will experience different narratives and happenings, including a surprise or two. The language used will be Maltese but the happenings are not just auditory, they are also visual and sensory.

By now, readers will surely be curious about the event’s quirky title but Borg would not reveal why they chose it.

“Most readers would most probably know that Batman is an everyday person who has superhero power, which he uses for the common good of the city. This has been a metaphor which has guided the project right from the beginning, from brainstorming to research, from processing to final realisation. Other than that, I’m afraid you’d have to join us on Saturday or Sunday.”

The performances will be held tomorrow, September 18, at 4pm and on Sunday, September 19, at 10am. All COVID-19 health and safety measures will be followed and face masks must be worn at all times. Attendees will be grouped in bubbles of maximum five persons each. Attendees are advised to arrive at the meeting point 15 minutes in advance. Attendance is free of charge but booking is necessary via https://bit.ly/2XeBrqy. 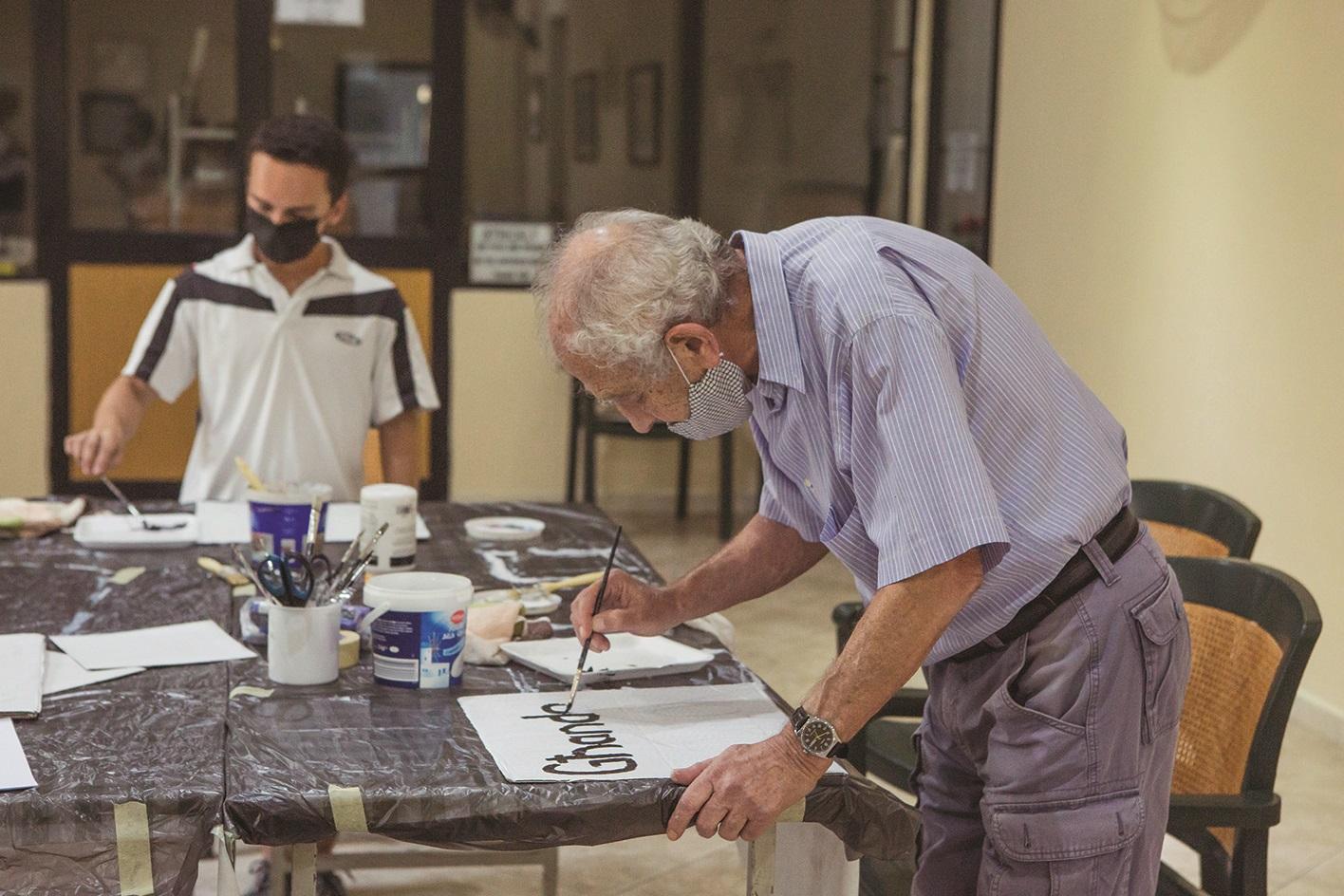 Batman Gżirjan is a collaboration with the University of Malta’s Department of Arts, Open Communities and Adult Education  and is supported by the NGO Flimkien għal Ambjent Aħjar. The project also forms part of a wider European research project, entitled AMASS – Acting on the Margins: Arts as Social Sculpture – which looks at how arts and culture can leave a positive impact on social issues. AMASS has received funding from the European Union’s Horizon 2020 research and innovation programme under grant agreement no. 870621.

The performance is developed in collaboration with co-artistic director Jacob Piccinino and some of the Gżira locals who participated in the research workshops. It is also supported by production manager Annalisa Schembri, assistant production manager Lara Agius and the AMASS Malta team – Raphael Vella, Margerita Pulé and Karsten Xuereb. 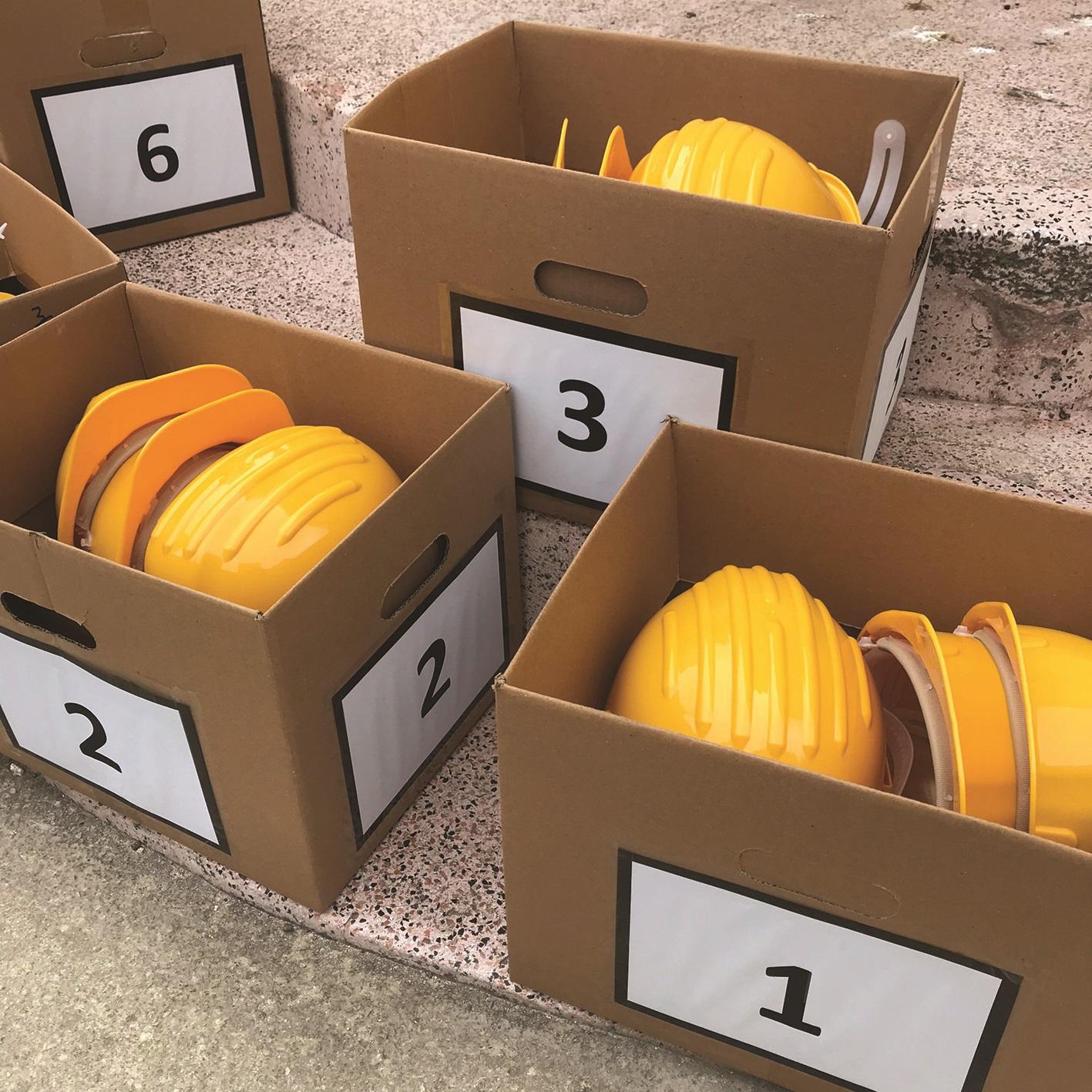 A teaser from behind the scenes. Photo: Annalisa Schembri