Dozens of migrants renting makeshift dormitories in a building known as China House have been told to pack their belongings and find a new home.

An eviction notice affixed to the Ħal Far building says that residents have to move out due to refurbishment works.

The landlord told Times of Malta that he had been trying to remove the migrants for a long time.

“They came here without my permission and I had been asking them to get out for over a year. I had even gone to the police, but they told me they couldn’t help,” Reuben Briffa said.

When the police raided the building two weeks ago, he decided to seize the moment.

“Once the police raid happened I saw it as an opportune moment to finally force them out,” he said.

Residents paid €100 a month for each of the 20 rooms in the lower part of the building, with several people generally sharing a room.

That meant housing cost residents a fraction of what they are asked to cough up in the mainstream rental market.

The low cost reflected the state of the building. When Times of Malta visited, a stench of urine and a cloud of flies marked the hallway of what one Gambian in his 20s called his house. 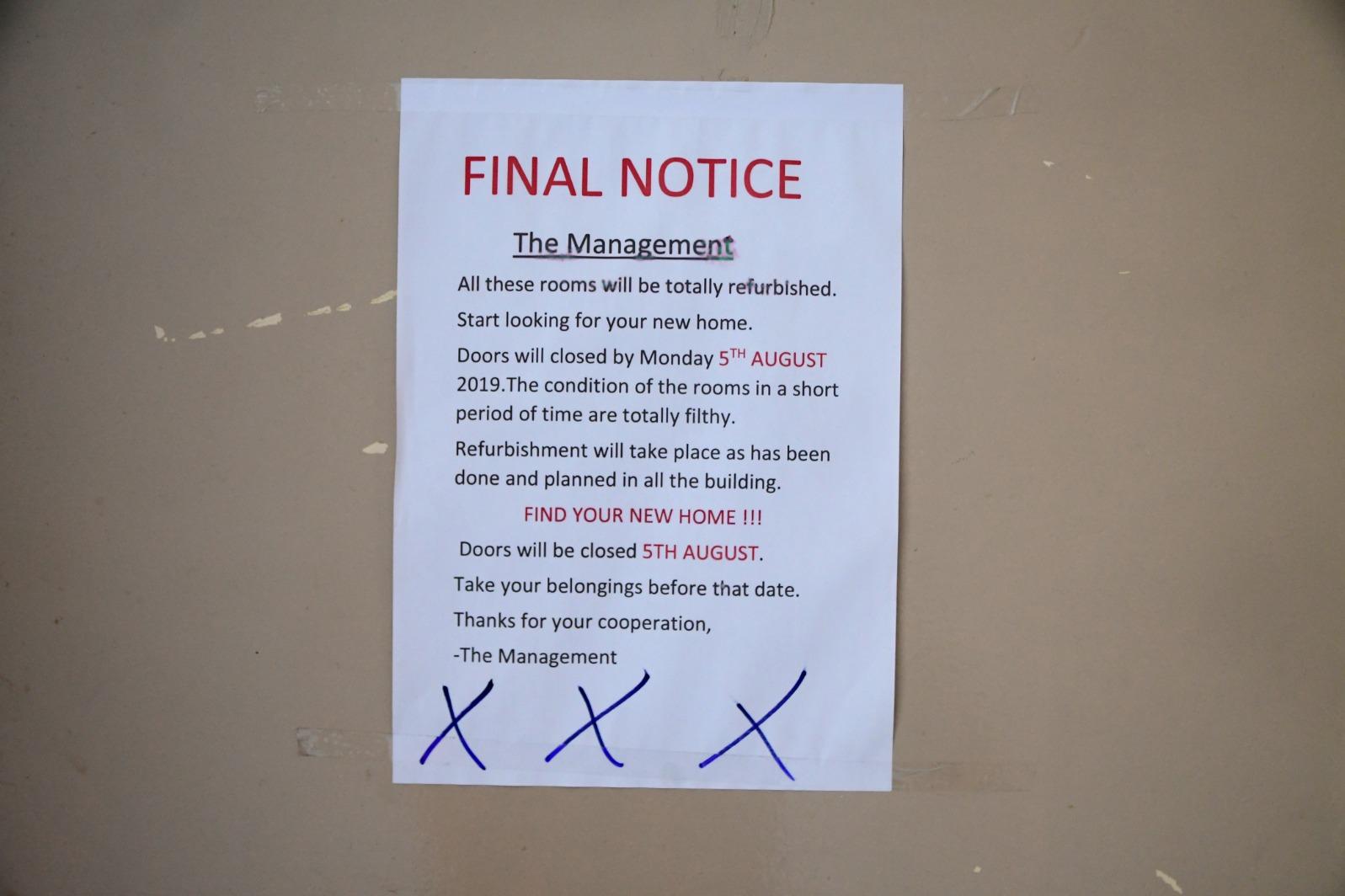 “When I left the refugee camp in Bologna, I couldn’t find work and was going to end up on the street. So I came to Malta to find work. This is not a place for human beings really, but I live here because otherwise I have nowhere else to sleep,” he told Times of Malta.

This is not a place for human beings really, but I live here because otherwise I have nowhere else to sleep

Why had police raided the building?

“The police came in with guns and handcuffs and treated us like criminals. I know lots of white non-Europeans working with me illegally. They never would do that to them,” a Ghanaian tenant, Muso, claimed.

Under EU rules, migrants given temporary humanitarian protection have the right to travel to other EU countries for up to three months.

Many of those arrested at China House, however, are believed to have overstayed that three-month limit after moving to Malta from Italy.

Those caught overstaying were forced to buy flights to Italy by August 15. Some told Times of Malta that authorities had taken their travel documents off them and given them copies instead. 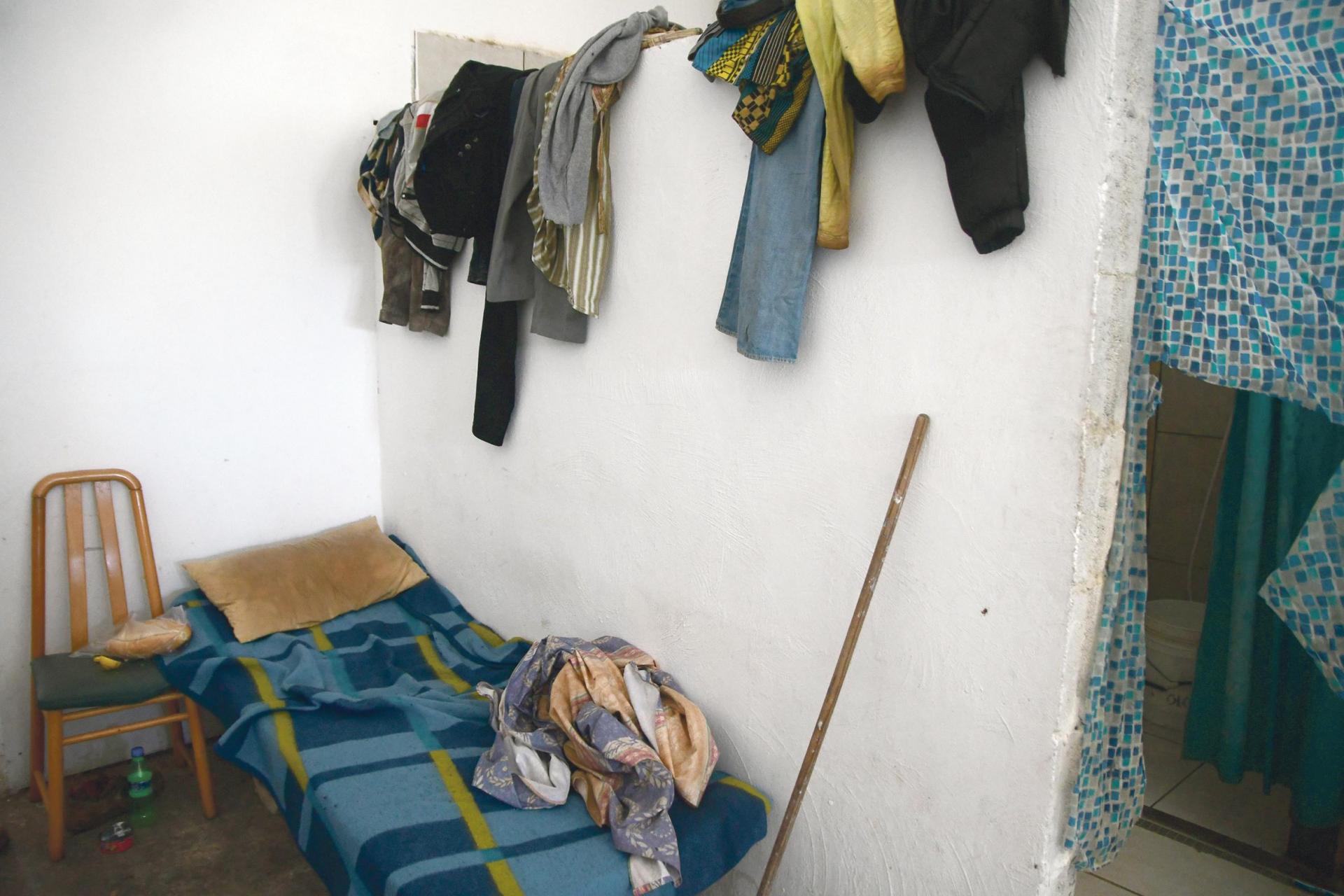 China House has been used as low-cost accommodation for foreign workers for 20 years.

A spokesman at UN refugee agency UNHCR said that while countries had the right to return people who have overstayed permit limits, this needed to be done in a humane and dignified manner.

“An individual who has protection in another member state has limited rights in Malta, which drives many to seek employment in the black market and to live in sub-standard conditions,” Mr Ellul added.

What is China House?

China House, which stands on leased government land, has been used as low-cost accommodation for foreign workers for 20 years, according to Mr Briffa, the landlord of the building.

Indian labourers live in the upper part of China House, with sub-Saharan Africans in the lower part. 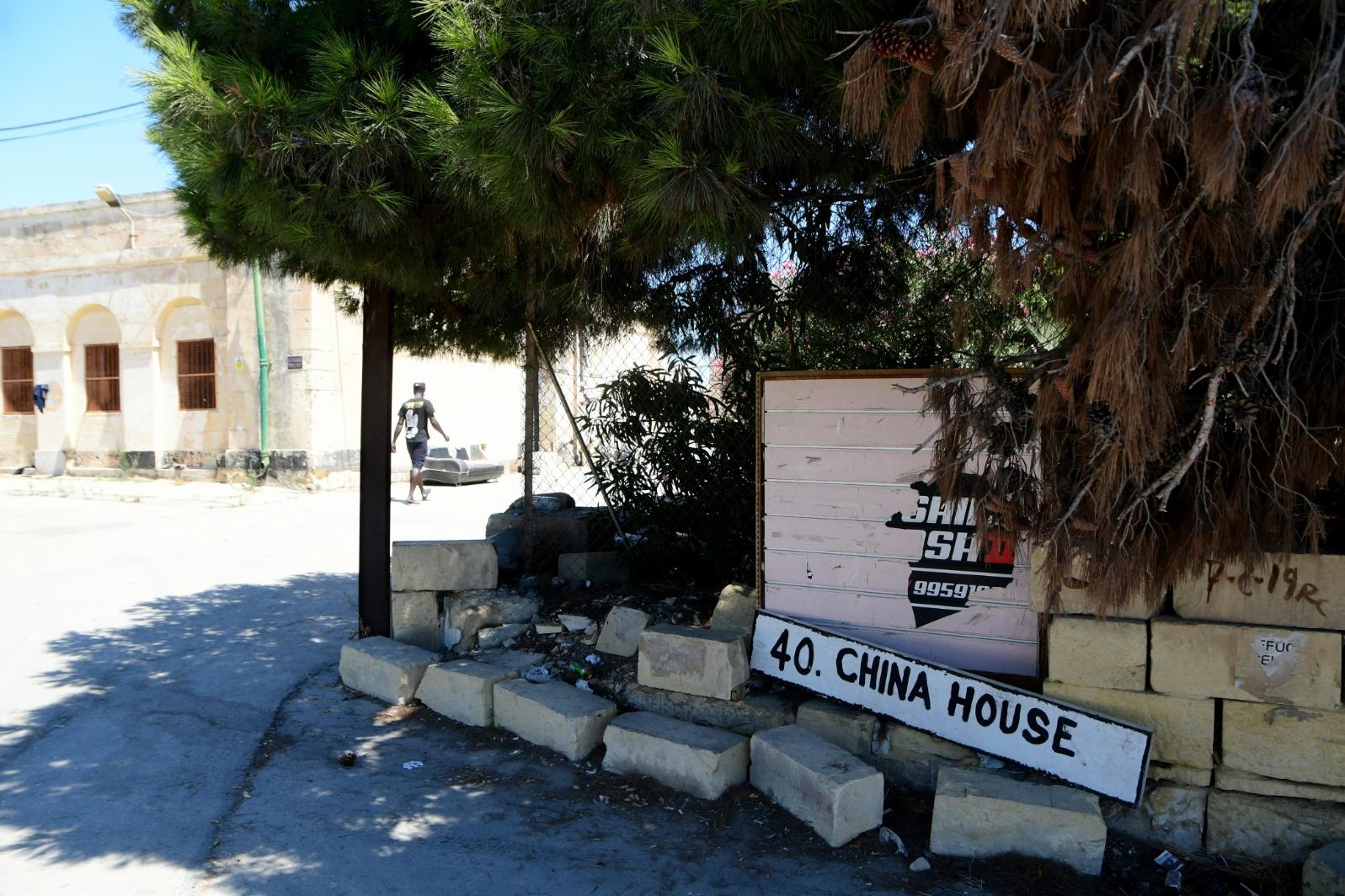 Mr Briffa said while Indian residents were there as part of a deal with a recruitment agency, the Africans had moved in haphazardly and he had been trying to evict them for a while. Both groups paid rent, he said.

When questioned about the condition in the lower part of the building, Mr Briffa claimed that the Planning Authority had carried out an inspection a month ago. Officials had simply flagged the drainage as an issue, Mr Briffa said, adding that he was seeing to the problem.