Over half of Malta’s young people – 60 per cent – are “very concerned” about inflation, a survey by EY has found, with almost three quarters once again saying they would rather live outside Malta.

According to the survey, while millennials are more capable of keeping up with rising costs when compared to Gen-Zs, both cohorts are “very concerned” about inflation. 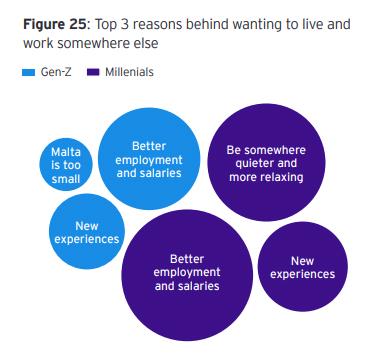 The majority of Malta’s young people – 89 per cent – also said they do not believe Malta’s wages compare positively to global salaries.

Money problems are clearly taking a toll on young people, the survey showed, with the findings suggesting the top anxiety factors for Maltese youths are financial and career pressures. 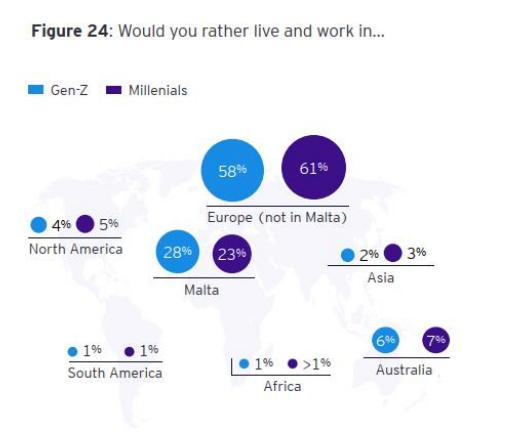 Meanwhile, questioned on their views on property, the two age groups had significantly different views. While almost half of the younger cohort said they do not feel they will be able to buy property in the future, 49 per cent of millennials said they already own a property. 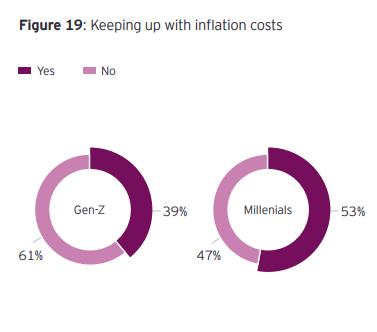 The younger group have “a hunger for new experiences and feel a constraint in Malta’s size” while millennials give greater priority to being in a space that is quieter and more relaxing than “contemporary Malta”, the EY survey found. 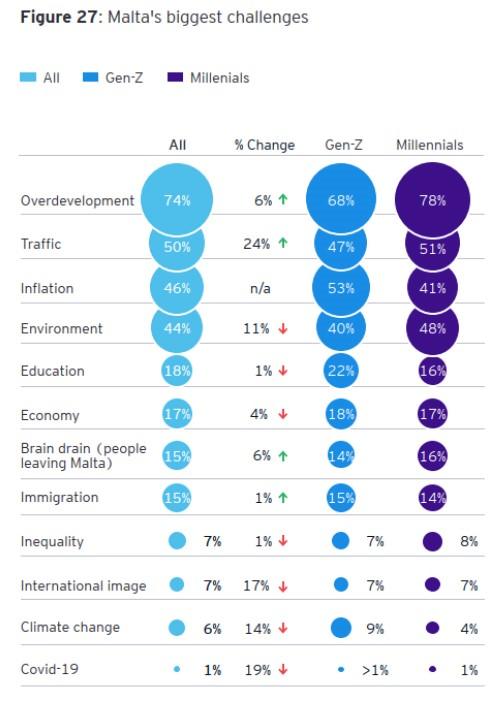 Concern over traffic issues has also spiked significantly in recent months, going up 24 percentage points in the latest survey when compared to the previous year. Now, half of Malta’s young people see traffic as a challenge that needs to be addressed.

It was conducted between September 30 and October 31.

Ronald Attard, EY Malta country managing partner, said: “Our youths appreciate that our country has a lot to offer but are mindful of many factors that they think we can do better, including sustainability and caring for our environment. In this year’s edition, it is evident that inflation is very topical and youths are concerned.”