Men, women and children walk with eyes down and hands up as they approach a hastily-made checkpoint in Nigeria's biggest city Lagos.

The makeshift barricade is run by men in civilian clothes carrying machetes, sticks and bows who present themselves as "policemen".

"Hands in the air! Higher I said," shouts one of them at some approaching residents.

And the flipflop-wearing man in charge of the checkpoint insists they are trying to restore order after the looters and vandals took over.

"Their protests have escalated into a riot causing a lot of unrest in the state," the head of the group Tadeus tells AFP. "Now things are calmer."

Tensions had calmed in several central districts of the city but the situation was still on edge and evidence of the mayhem clear to see.

A dozen buildings were burnt and shops were looted. Sporadic gunshots could be heard.

Few residents dare to go out the day after President Muhammadu Buhari took a tough line in a televised address to the nation.

He issued a warning to those who had "hijacked" the initially peaceful protests and said further unrest would "not be tolerated". 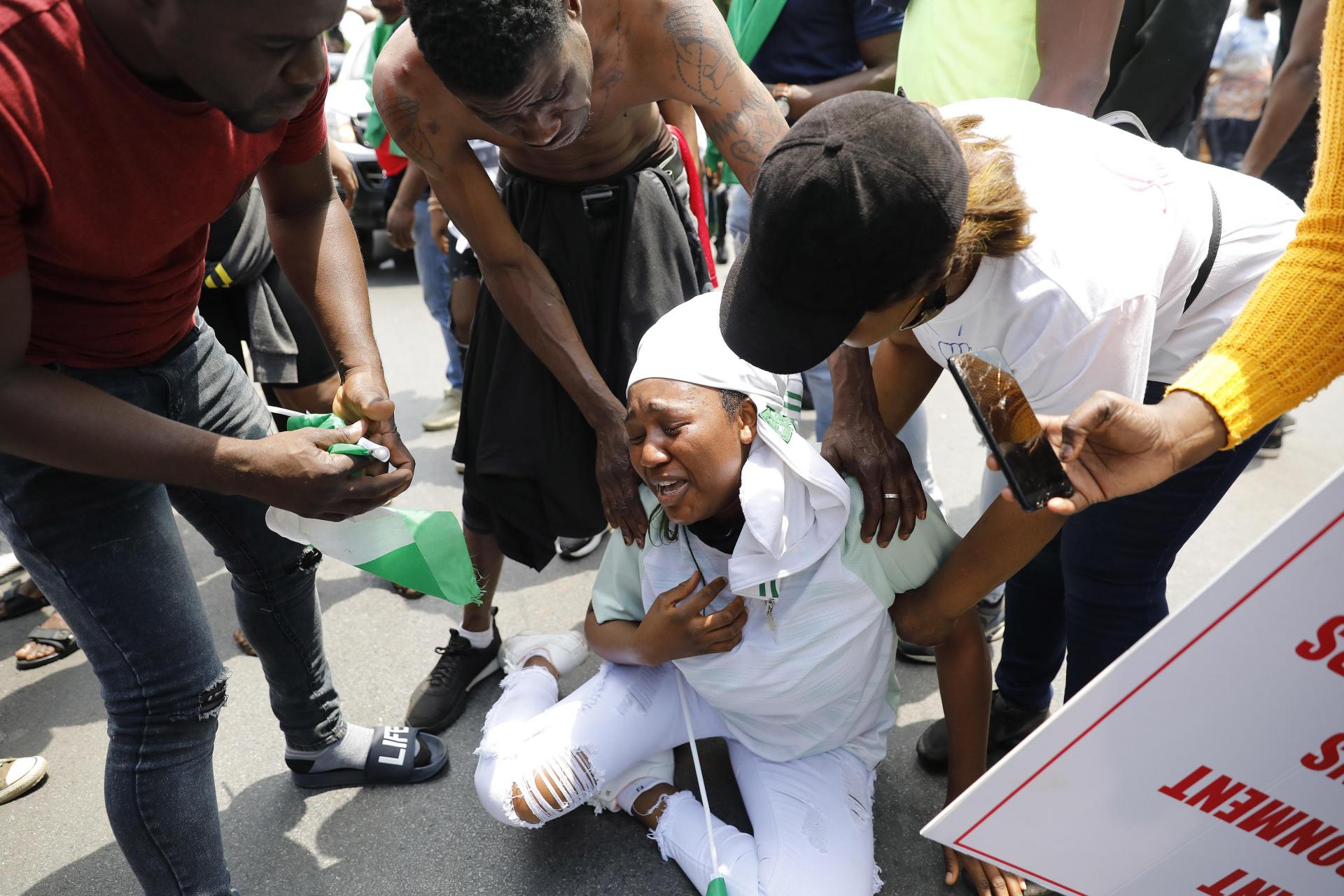 A Nigerian woman based in South Africa weep as others comfort her during a protest outside their embassy in Pretoria on October 21, 2020 in solidarity with Nigerian youth who are demanding an end to police brutality in the form of The Nigerian Police Force Unit, Special Anti-Robbery Squad (SARS). Photo: AFP

The president has insisted that reforms to modernise the police are coming but Nigerians are sceptical.

In the meantime, the men at the barricades use any tool they can find to assert their authority over passersby.

They brandish bits of wood with nails and wave pieces of plastic in people's faces.

"We allow access for a moment, despite the lockdown, because some are starving, others just need to get home," explains Tadeus, scarf around his head, his prominent belly showing under his red and white football shirt.

He turns around and points his stick at someone passing: "You! Remove that flag, take it away!"

The young man, with his hands over his head, holds a Nigerian flag tight.

The national green and white banner, waved prominently by the demonstrators before they were gunned down on Tuesday, has become a symbol for protesters.

With a smile of relief, the young man crosses the checkpoint.

"We don't accept what is going on," he says, speaking to AFP a few meters further away. "But we just have to take it. We are still fighting for a better Nigeria. This is our symbol, our weapon of peace." 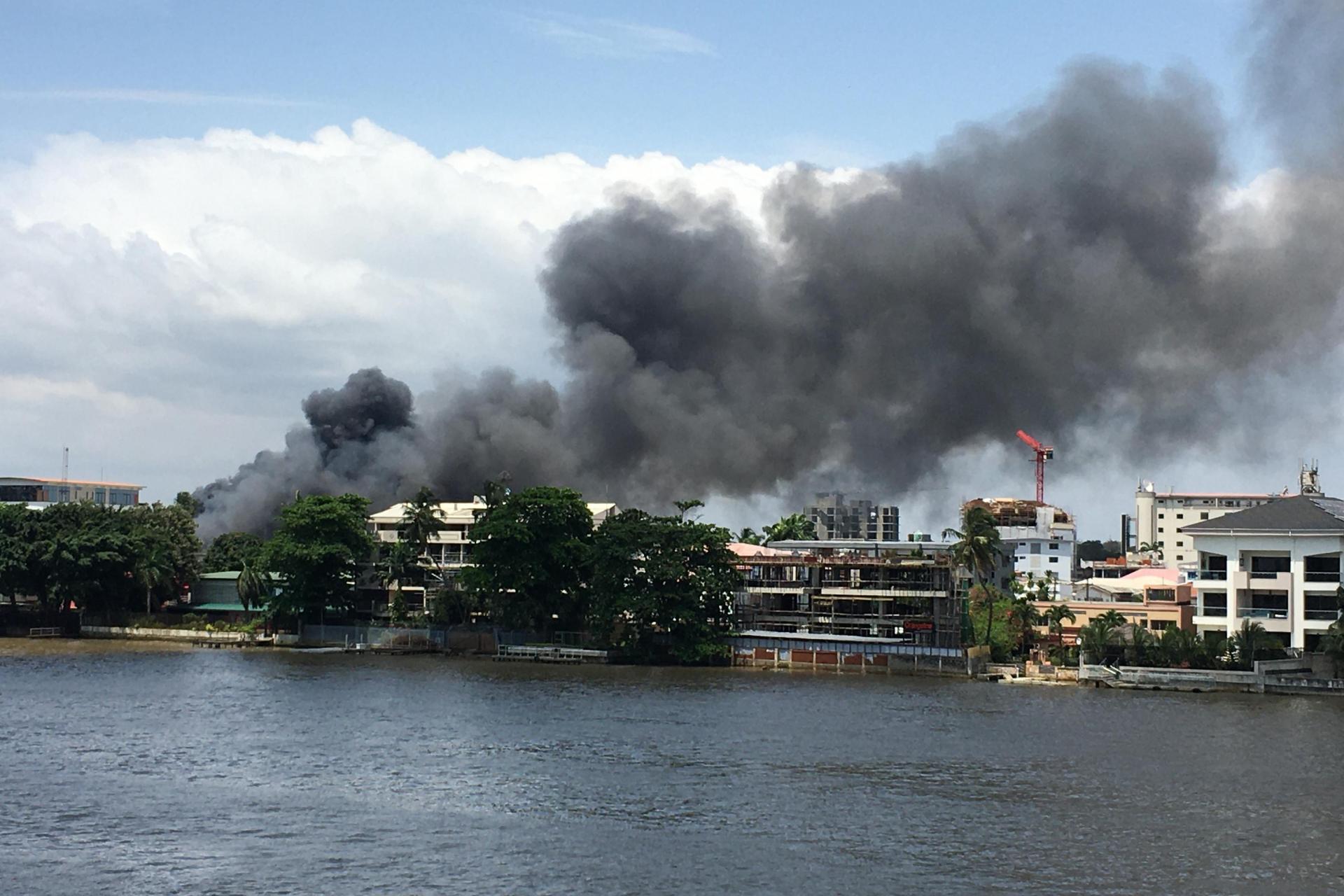 A general view of smoke arising from the Ikoyi prison that is on fire in Lagos on October 22, 2020. Gunshots could be heard on October 22, 2020 and smoke was seen billowing from a prison in central Lagos as fresh unrest rocked Nigeria's biggest city after the shooting of protesters. Photo: AFP