Farmers have, over the past days, watched with an air of resignation as construction vehicles bulldozed their soil to make way for the Central Link road Project in Attard

Many of the farmers had joined NGOs in proceedings to stop the project but lost their case.  Although an appeal's court decision is still pending, the bulldozers still rolled in last week.

“They just turned up at 6am and started clearing the fields, even though there is a pending appeal before the courts,” farmers told the Times of Malta.

Despite their predicament, none of the farmers wished to be quoted by name.

“Disclosing my identity would only serve to put myself in the line of fire, as well as my family some of whom are on the State payroll,” a farmer in his seventies said when approached for a comment.

Unveiled in May 2018, the €55 million project is meant to eliminate the traffic bottleneck at Triq in-Nutar Zarb in Attard.

However, it has raised controversy due to its environmental impact including the loss of some 550 trees some and 47,000 square metres of agricultural land – the equivalent of six football pitches.

The government is insisting it will plant hundreds of trees to compensate while  a reduction in traffic would ease toxic emissions.

Last November, the Environment Planning Review Tribunal dismissed the appeal filed by eNGOs who had challenged the development permit issued by the Planning Authority in the summer. In a last-ditch attempt to block the project, objectors including some of the affected farmers had taken the government to court.

However, to their dismay, the works still started. In a statement, State agency Infrastructure Malta justified the decision on the grounds that a few days before, the Civil Court’s First Hall refused a request for an injunction filed by the objectors.

A full-time farmer expressed his frustration and despair while truckloads laden with soil and debris were being driven through what up to a few fays ago was a field full of broccoli plants.

“We have been cultivating this land for decades, my family earns a living from it. Luckily, not all the farm is being destroyed as part of it is not on the new road’s footprint,” he said.

Still shocked by what was going on his elderly father watched in disbelief. 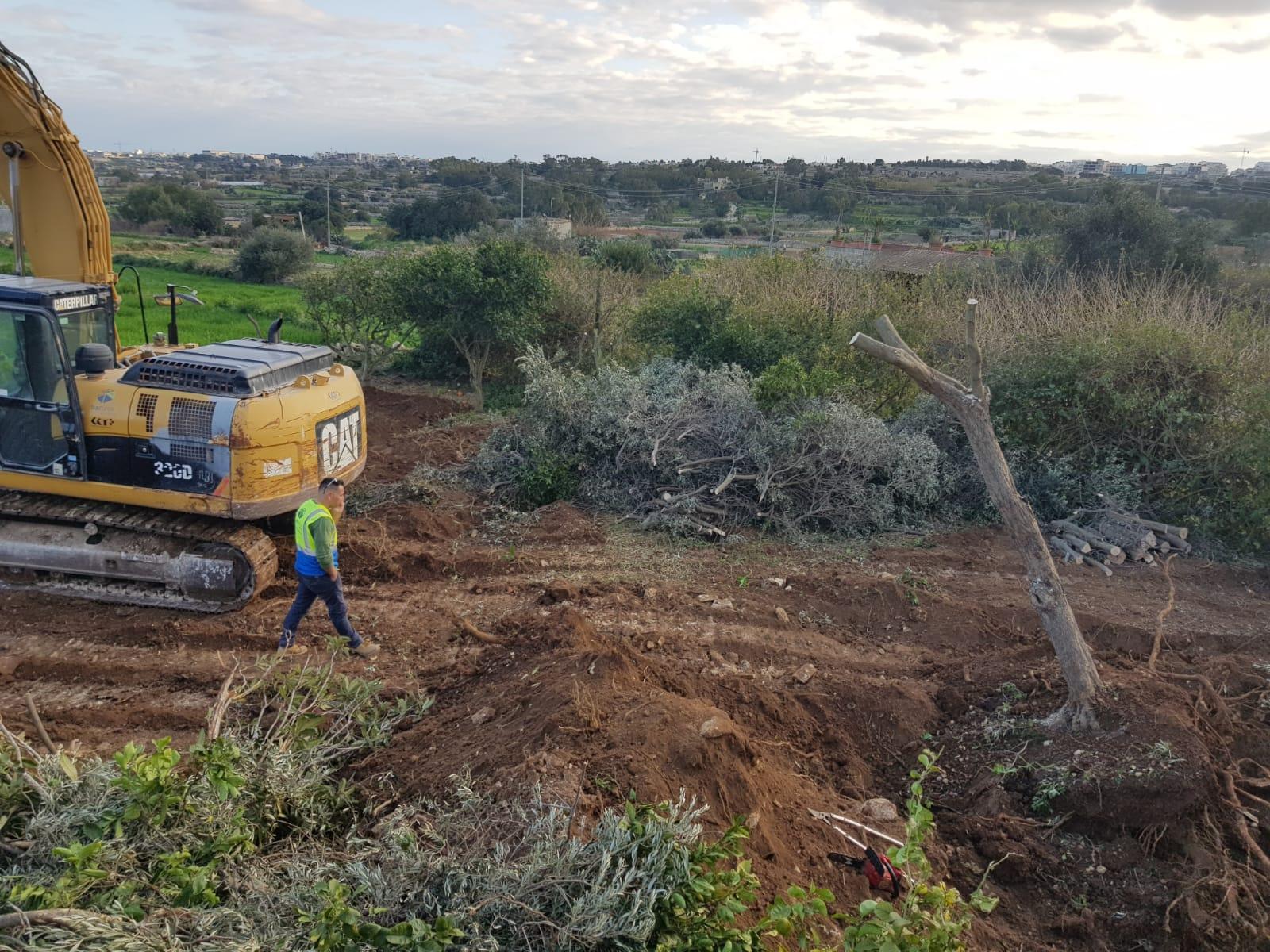 “It was all in vain. The government was resolute about wanting to build the road right through our farm. My place of work for the last 50 years is no more,” he murmured.

Stretching from the end of Mrieħel bypass to the foot of Saqqajja Hill, the new road will also affect a livestock farmer.

“Authorities were completely insensitive.  Nobody bothered to alert us about the start of works, meaning that, overnight, I ended up with no proper facility to house my sheep and other animals,” the farmer recounted.

“They are not only destroying my farm but one of the few quiet spots left in Attard,” he said.

Farmers are also up in arms on what they described as government’s double standards.

“For some reason Infrastructure Malta shot down our call to construct a tunnel. Why are we being treated differently from Santa Luċija and Paceville, where the government is planning several underground links?” they questioned.

Faced by this criticism the government has repeatedly said that from a cost-benefit analysis it transpired that the tunnel was not the most feasible option.