On February 25, Harry Venning, who has been a professional cartoonist for 30 years, will be discussing the tricks of the cartoonist trade via a live online zoom lecture at 6.30pm.

Venning will be tracing the history of his profession with examples from early practitioners like Cruikshank and Hogarth, to more contemporary artists such as Giles and Schulz, bringing events right up to date with cartoons produced fresh on the page on the day!

He will be drawing live and sharing the tricks of the trade.

Venning has worked with publications like The Guardian and the Radio Times as well as more obscure ones like the British Journal of Wound Care.

Since 1996, his strip Clare in the Community has featured every week in The Guardian.

In 2016, he was awarded Strip Cartoonist of the Year by the UK Cartoon Trust. 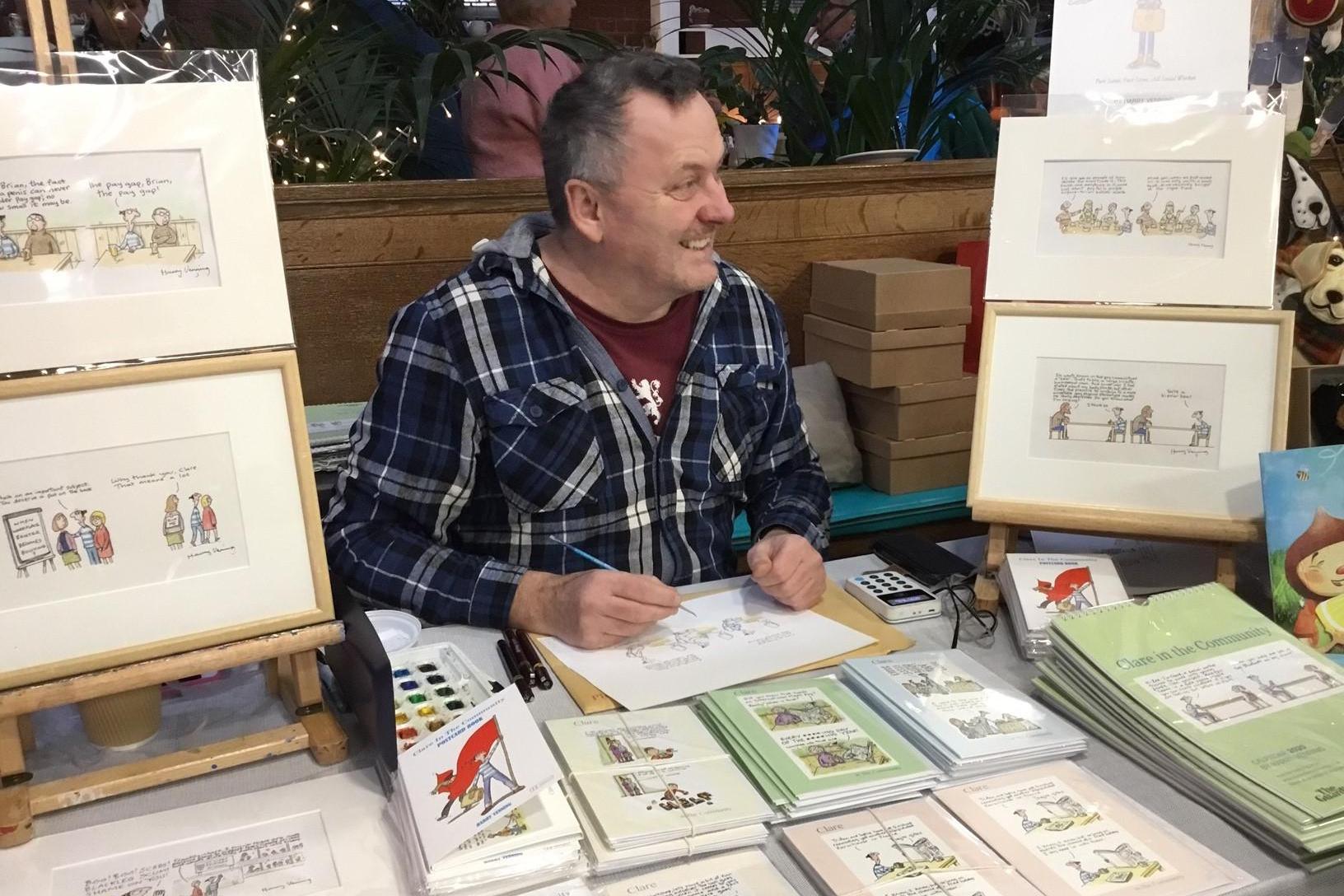 Venning during one of his workshops.

He is also a Sony Award-winning writer of radio comedy, including the shows Coach Karen’s Half Time Team Talk and Clare in the Community starring Sally Phillips, currently recording its 12th series.

For the last 10 years, he has been performing his cartoon workshop Release your Inner Cartoonist in its many different guises, to audiences as diverse as schoolchildren, business executives and festival-goers.

For more information and registration, contact Nicole Stilon at membership.secretary.asinmalta@theartssociety.org.  Price is 9 euros.