The heads of agreement for the building of the American University of Malta near Marsascala will be signed on Tuesday.

The agreement will be signed by Jordanian investors who are behind the project, backed by De Paul University of Chicago.

The €115 million campus will house five colleges - engineering, arts, sciences, education and health - for a total of 4,000 international students. There will be a dormitory and sports facilities, some of which will be available for the Marsascala community. 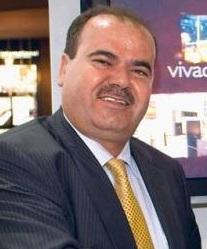 Hani Salah, the chairman of the Sadeen Group.

The project was meant to be set up in Spain but Prime Minister Joseph Muscat persuaded the main investor, Hani Salah, the chairman of the Sadeen Group, to opt for Malta. The investor’s representative in Malta, Thaer Mukbel, told The Sunday Times of Malta that the project would benefit Malta, describing the multiplying effects as “crazy”.

“When families come they will stay in hotels, students will be spending money here. And this besides the direct jobs in construction and finishing. We are looking at Malta as a centre of excellence, a great place where students from the Middle East, North Africa and Europe can come over to study,” he added.

Between two and four per cent of the student population are expected to be Maltese as will an estimated 30 per cent of the 190 academic staff that will be employed. The campus will be built on 90,000 square metres of land that the government offered the investors in Marsascala.