Health authorities are to introduce new gene sequencing tests to identify any further strains of COVID-19 after a highly-infectious variant of the virus was detected in the UK.

Health Minister Chris Fearne said that samples would be taken from some of the 1,493 people with the virus in an effort to map out the scope of the disease in Malta with more detail.

It is said to be up to 70 per cent more transmissable, leading to dozens of countries, including Malta, banning travel to and from the UK, except for repatriation of residents and citizens.

Fearne was answering questions from journalists after a press conference announcing details of the COVID-19 vaccine in Malta following authorisation from the European Medicines Agency. 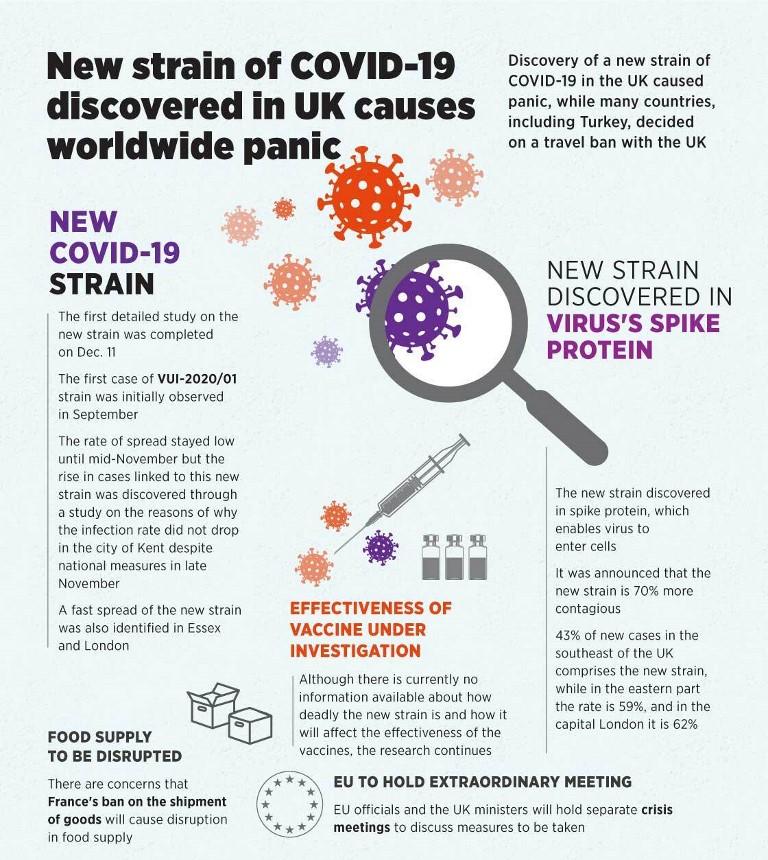 Health Minister Chris Fearne has announced a ban on flights to and from the UK, except for Maltese residents and citizens. Graphic: AFP

The minister said that like many other EU countries in the past hours, the decision was made to stop travel to and from the UK until more information is known about this mutated strain of the virus.

“While all indications point that it isn’t more virulent, we understand that it could be more contagious and is causing more new infections than seen previously,” Fearne said.

“This is not the first time this particular strain has been observed. A variant of it also exists in South Africa, however for an assortment of reasons it hadn’t really affected us.This strain is more interesting as it seems to be transmitting faster than the norm.”

Pathologist Michael Borg, who heads the Infection Control Unit at Mater Dei hospital explained that it was normal for viruses to mutate and so far research has indicated that the strain observed in the UK was not aggravating symptoms or enhancing the negative effects of the disease.

“Viruses mutate over time, the nucleus changes. This is why we get a flu vaccine every season, as every virus operates in this way,” Borg said.

“Most variants don’t really affect us, but sometimes certain mutations help the virus to become more effective," he said.

“It’s not the first time we’ve seen this in COVID-19. What we do know is that the variant is helping the virus to spread, however it is not aggravating symptoms and all indications show that the vaccine will also be effective against it.”