Winds reaching up to force 7 and heavy rain are expected to batter Malta over the next few days, with weather forecasters bracing themselves for a gregale storm.

The rough weather comes as storms in neighbouring Sicily left two people dead and entire regions on high alert, with cars overturned and entire streets submerged as a result of torrential rainfall.

Speaking on Tuesday, a Met Office spokesperson said they expected the largest volumes of rain to fall between Wednesday and Thursday evening.

Eastern coastal areas will be especially vulnerable to the rough weather. Force 7 winds, which are forecast for Wednesday, Thursday and Friday, can reach speeds of 61 km/hour and are considered to be one step below gale force.

An MIA spokesperson urged people to take the necessary precautions and said the Met Office would issue warnings accordingly.

Rough seas forced organisers of the Rolex Middle Sea race to shift its finish line away from Marsamxett Harbour to Ċirkewwa.

A ferry service between Sicily and Malta will not operate on Thursday, Virtu Ferries said, due to forecasts of rough seas.

The poor weather is the result of a low-pressure system to the south-east of Malta. That system, known as a depression, will remain practically stationary until Wednesday night before it starts moving towards Sicily on Thursday.

Weather conditions are expected to significantly improve from Thursday evening onwards, once that system shifts away from the country.

But people will still need to keep their umbrellas at the ready for a few more days: Malta is expected to continue experiencing isolated showers through to Saturday. 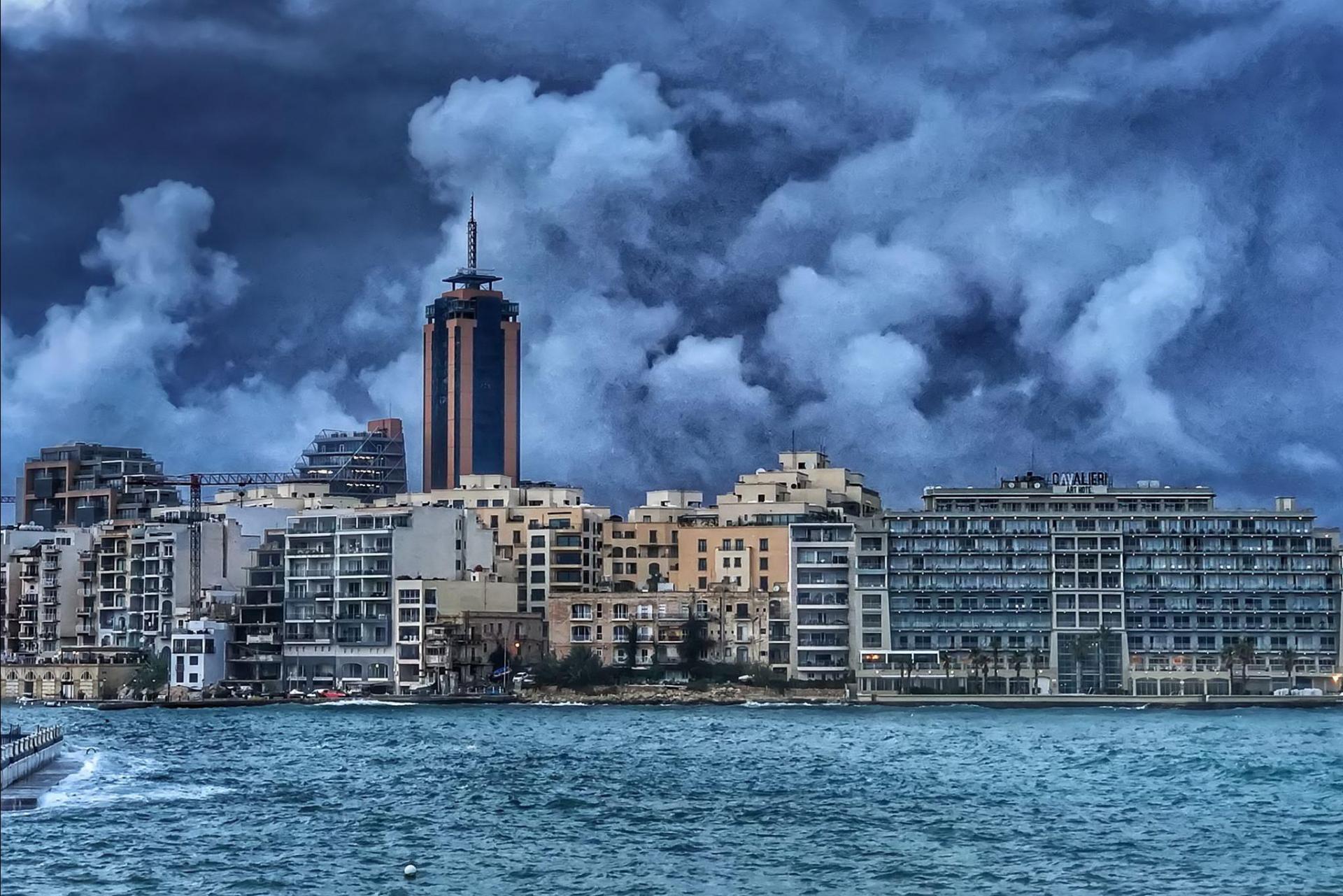 Weather in Malta is expected to take a turn for the worse just as the country's northern neighbours in Sicily and Calabria struggle through a Mediterranean tropical-like storm, colloquially referred to as a 'medicane'.

Medicanes can bring with them winds rising of up to 119km/h and dump huge amounts of rain in short periods of time, flooding roads and damaging key infrastructure.

Flooding at a hospital in Sicily.

The inclement weather has forced civil protection departments in affected regions of southern Italy to issue high alert warnings and Catania's mayor to shut down non-essential shops and advise people to stay indoors.

Close to the Sicilian city, a 53-year-old man drowned in a flash flood and a couple was dragged away by waters in Scordia. Rescue workers found the man's dead body some time later; his wife remained missing at the time of writing.

Preparing for a storm: