Helena Dalli’s nomination to serve as European Commissioner caps an intriguing career for a woman who first represented Malta on a catwalk before obtaining a doctorate and sealing a successful political career.

Ms Dalli, then Helena Abela, won the Miss Malta contest 40 years ago and went on to represent Malta in the Miss World Contest in London. 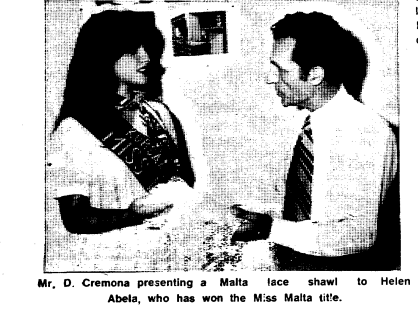 The young Helena played the part of assertive policewoman Maria Cassar in the film, starring Joe Don Baker as a Texas sheriff in search of a mobster who killed his partner.

The film was a dismal failure and is among the lowest-rated films on the Internet Movie Database.

Helena Dalli turned to politics and at one point worked closely with then Labour leader Dom Mintoff.

She became an MP in 1996 when Alfred Sant was prime minister, and immediately became Parliamentary Secretary for Women’s Rights.

Joseph Muscat appointed her a minister upon his election in 2013, initially responsible for social dialogue, consumer affairs and civil liberties.

After the 2017 election she became responsible for EU-Malta relations and civil liberties, piloting milestone legislation, including the marriage equality bill that allows marriage between same-sex couples and gives them the right to adopt children.

She also moved the gender recognition law to protect the rights of intersex people and a law banning conversion therapy in Malta.

In 2016, she won the Hero of the Year Award during the sixth edition of the European Diversity Award held in London.

Dr Dalli has been the most successful Labour candidate in general elections, having been elected from two districts twice, in 2008 and 2017. 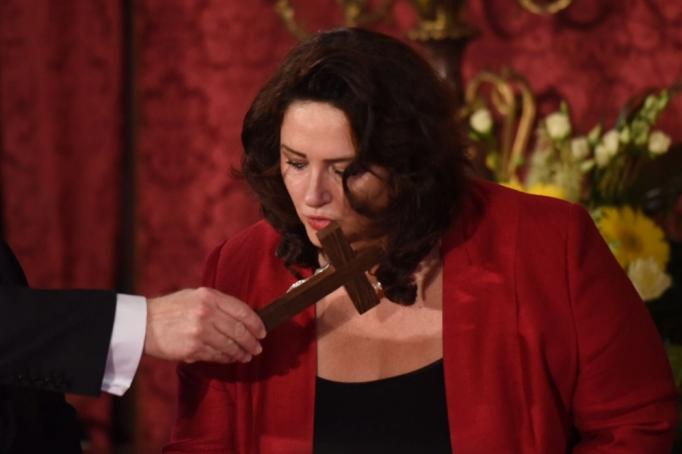 Helena Dalli is sworn in as minister for a second term, in 2017.

But the equality legislation she piloted dismayed some conservatives within her party and may have undermined her bid to become deputy leader of the Labour Party in 2017 after Louis Grech stepped down.

She faced criticism a year later when a conference video filmed her making remarks about the reforms she had piloted.

Dr Dalli was asked at a UN conference whether the government’s civil liberties reforms had hurt people in Malta.

In her reply she said: “When we were about to introduce civil unions in 2014, there was a poll which showed that 80% of the people were not in favour, even though the majority had voted for this. But you know electoral programmes, it’s a package, and they didn’t realise because we just put in equality as a major pillar for this government.”

On Wednesday Prime Minister Joseph Muscat announced he had nominated her to the new European Commission, the first Maltese woman to get such a nomination (and the second Dalli).

She welcomed the nomination with "great responsibility and readiness to serve fellow Europeans."

She has to get the stamp of approval of the European Parliament before her nomination goes through and a portfolio assigned.

She has resigned from the Cabinet as another turn in her colourful career beckons.

NL president Nikita Zammit Alamango noted that this was the first time that Malta had put forward a female nominee for such a high ranking position.

"NL notes that Dr.Dalli’s vast experience in garnered over the years, especially recently as Equality and European Affairs Minister will definitely bring a much needed cultural, political and social change need in the European Commission," she said

She augured that Dr Dalli will continue to strive for equality, this time in Europe and once again be the catalyst for civil rights and equality across the EU.

Paula Cauchi, PL Equal Opportunities Officer said Dr Dalli would undoubtedly push forward equality on a European level, as she did throughout her political career locally- bringing the European Union closer to its citizens.