The European Commissioner for Equality, Helena Dalli found herself in hot water last week after a working document outlining communication guidelines for European Union staff was leaked to the press and infuriated people across the continent.

Most controversially, the document asked European Commission workers to avoid assuming that everyone is Christian and advised replacing a sentence like 'Christmas time is stressful' with 'Holiday times can be stressful.'

It asked workers to stop using Mrs when addressing women, to avoid addressing an audience as ladies and gentlemen, and to avoid using solely Christian names when bringing up examples of people who live in the European Union.

Many critics, mostly Christian conservatives, interpreted this document as a muzzle on their freedom of expression.

Dalli’s colleague, the European Commissioner for European Way of Life, Margaritis Schinas, went so far as to get at Dalli at the beginning of a public speech the day after the document was leaked.

The massive outcry in international media led Dalli to withdraw the document saying it was a work in progress and that her office is taking note of the concerns and will address them in an updated version.

What does the document contain?

Times of Malta has seen the withdrawn document, which is a set of “guidelines for inclusive communication” called ‘Union of Equality’. Its main aim is to make sure that everyone in the EU feels they belong to it and are represented in it.

Dalli wrote in it that “equality and non-discrimination are the core values of the European Union” and, so, anything that the EU communicates to its citizens must truly represent all of them, without excluding anyone on the basis of their race, gender, religion or culture.

Some of the guidelines are simply suggestions that staff may or may not take, as they wish, but others, the document says, are “rules” that “must always be followed when you communicate on behalf of the commission, regardless of your particular situation or personal stance”.

Among the rules, staff were to be prohibited from using gendered nouns, such as 'workmen' or 'policemen'. It also prohibits them to use 'he' and 'his' as default pronouns because they completely rule out women and people who identify as 'they/them'.

Unless a woman specifically asks to be addressed as 'Miss' or 'Mrs', staff at the commission were to refrain from using them. They must use 'Ms' universally, because it includes women who feel that marriage has not changed their identity and women who are divorced, separated, cohabiting or hold any other type of unconventional status.

The document also instructs staff never to address an audience as 'ladies and gentlemen' because the greeting excludes people in the audience who identify as neither a lady nor a gentleman. It suggests the use of phrases such as 'dear colleagues.'

It also prohibits the use of the word 'citizens', arguing that it would exclude many people who live and work in the EU but are not citizens.

In its suggestions, the document urges staff to avoid assuming that everybody in the EU is Christian. It asks staff to avoid using 'Christmas' exclusively but throw in all the other celebrations, like the Winter Festival and Hanukkah. Alternatively, it suggests they could refer to this time of year as the 'Holidays', thereby including people of all faiths in one word.

Similarly, the guidelines suggest that, when making up examples of European people to illustrate a point, staff are to avoid using solely Christian names, like “Maria and John” but should also throw in more inclusive names as well like “Malika and Julio”.

Cyrus Engerer - Nobody was banning 'Christmas' 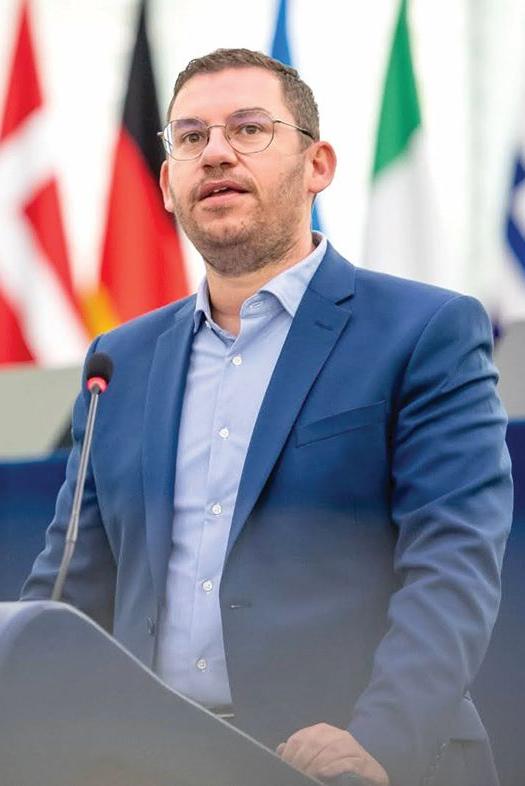 “We already say 'Il-Festi t-Tajba' in Maltese and that doesn’t mean that we cancelled Christmas,” Labour MEP Cyrus Engerer said.

“All of us need more information on how our language can be more inclusive and, in a union of diversity, we must strive for inclusion always and everywhere,” Engerer said.

He said the Maltese language is already inclusive in this way because it gives people the opportunity to greet each other with Il-Festi t-Tajba during Christmas time.

“That doesn’t mean nobody can say Happy Christmas,” he said. “It means we have a more inclusive way to say it. For example, female MEPs are many times addressed as Mrs rather than Ms, which, basically, means that we would be saying that the woman in question is married and, to a certain extent, a property of her partner,” he said, while pointing out that men are addressed just as Mr, irrespective of their marital status.

“The silver lining of the withdrawal of the document is that, now, the discussion on inclusive language is even deeper and wider.”

Jason Azzopardi – “This document is a tragic farce”

“We should fight discrimination and be all out in favour of more equality but to do that we shouldn’t impose uniformity on everyone.”

Azzopardi said this is typical of Dalli’s mindset and it carries on the legacy that she started as equality minister in Malta.

“She wants to impose uniformity when, in fact, real equality respects and celebrates diversity,” he said. To impose uniformity is to perpetuate the very effect you are trying to get rid of because you’re destroying our differences,” he said. “This document is a tragic farce. Didn’t we always say we are united in diversity? Where is that now?

Azzopardi insisted that, irrespective of their race, gender or religion, everyone shares the same dignity but that does not mean we are the same.