One of the residents of the Guardamangia apartment block that collapsed in June wants to use her harrowing experience to help the authorities come up with measures to help those impacted by construction-related accidents.

Speaking to Times of Malta on Friday, Janet Walker, whose Guardamangia home located next to a construction site collapsed in June, said she wanted to be able to help others in similar circumstances.

Ms Walker was reacting to comments by Prime Minister Robert Abela that he believed there should be some sort of mechanism residents are provided with alternative accommodation at once in the case of an accident related to construction. 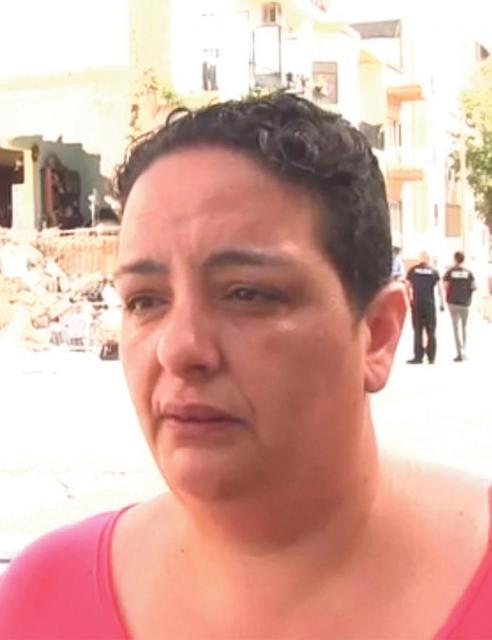 Janet Walker speaking in June 2019, after her home collapsed.

“There should also be every possible remedy to ensure the inconvenience is minimised as much as possible,” Dr Abela said.

This had not been the case when the Guardamangia block had collapsed, Ms Walker said, insisting the block’s residents were still struggling seven months down the line.

“I have already written to the new prime minister. [Former] prime minister Joseph Muscat had ignored us. We should be having a meeting with the government soon,” Ms Walker said.

If new mechanisms are introduced, she said, victims like her were in the best position to help policy-makers come up with the best ways to handle such incidents.

Despite the collapse taking place several months ago, Ms Walker said the situation with her home had yet to go back to normal.

“Just recently, we realised that the site technical officer appointed to monitor the works according to the new construction laws introduced after our home collapsed is not even qualified. It never ends,” Ms Walker lamented.

She explained that whenever she calls the Building Regulations Office to complain, she is told to engage an architect to draw up a report of any issue.

“These reports cost around €300 every single time and we have to pay this out of our pocket.

“I don’t want any compensation. All I want is my home to be in the same state it was before all this started. At this point, I cannot even sell the place,” Ms Walker said.

In June, another apartment block collapsed in Mellieħa, prompting the government to halt all demolition work until new rules were drafted. Works were allowed to continue a week later after new regulations came into force.