Gaia Cauchi was given a hero's welcome at Malta International Airport when she arrived this evening, 24 hours after winning the Junior Eurovision Song Contest in Kiev.

The eleven-year-old emerged in the arrivals lounge clutching her trophy and a soft toy and was applauded by a large crowd of people who had been waiting for her, including many school friends.

Also at the airport to welcome the singer was Parliamentary Secretary for Culture Jose' Herrera.

Gaia was accompanied by , among others, her parents and PBS CEO Anton Attard who was in overall charge of her participation.

She said she had never expected her triumph and only started believing it was possible as the last of the results came in.

Meanwhile Gaia was yesterday praised by tenor Joseph Calleja, Malta's foremost singer. He said on facebook: "I am not really a fan of Eurovision, whether "junior' or not, however, I am a fan of Maltese talent and Gaia Cauchi has this in spades - Brava!!" 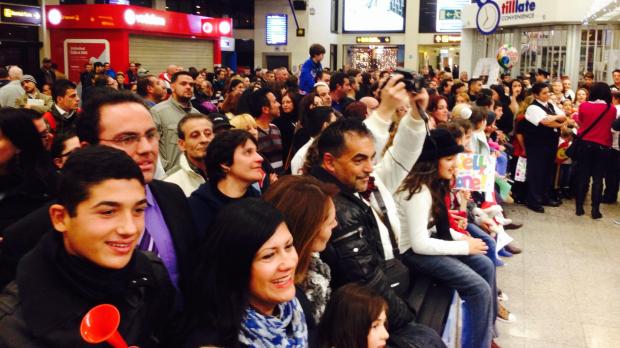 The crowd waits to welcome Gaia.