One of Malta’s finest Orientalist-styled buildings, the Ottoman-Muslim Cemetery in Marsa, could end up being dwarfed by a three-storey industrial garage complex, if a recently-submitted development application is approved.

The proposal has prompted architectural historian Conrad Thake, who for the last decade has carried out extensive research on the building, to make a heartfelt appeal for its refusal.

“What is being proposed is nothing short of barbaric, just falling short of what the Taliban did to the Baymar buddhas of Bamiyan, and the wilful destruction of the monuments in the historic city of Palmyra by ISIS,” he told The Sunday Times of Malta when asked for his reaction.

“A modicum of respect to our national heritage would entail the withdrawal of this outline development application,” he added.

Considered as one of the architectural masterpieces of Maltese architect Emmanuele Luigi Galizia (1830-1907), the burial place was commissioned by the Ottoman Sultan Abdülaziz I.

The cemetery was constructed in 1873-74 and is a Grade 1 scheduled building, which is supposed to be the highest level of protection by the planning authority. Currently, it is undergoing an intensive restoration programme financed by the Turkish government.

Three years ago, an attempt to construct a fuel station on the same site had stoked controversy

Submitted earlier this month by Mark Cassar, the proposal covers an area of 5,744 square metres adjacent to the cemetery, on a partially developed site which has been abandoned for years.

Under this proposal, the existing structures will be demolished to make way for a complex of 29 industrial garages, with the overall height of the building being 12 metres, which is equivalent to three storeys.

The application, which is still at an early stage, is for an outline development permit, meaning that if granted, the applicant would then have to submit more detailed plans prior to the final go-ahead by the planning authority. 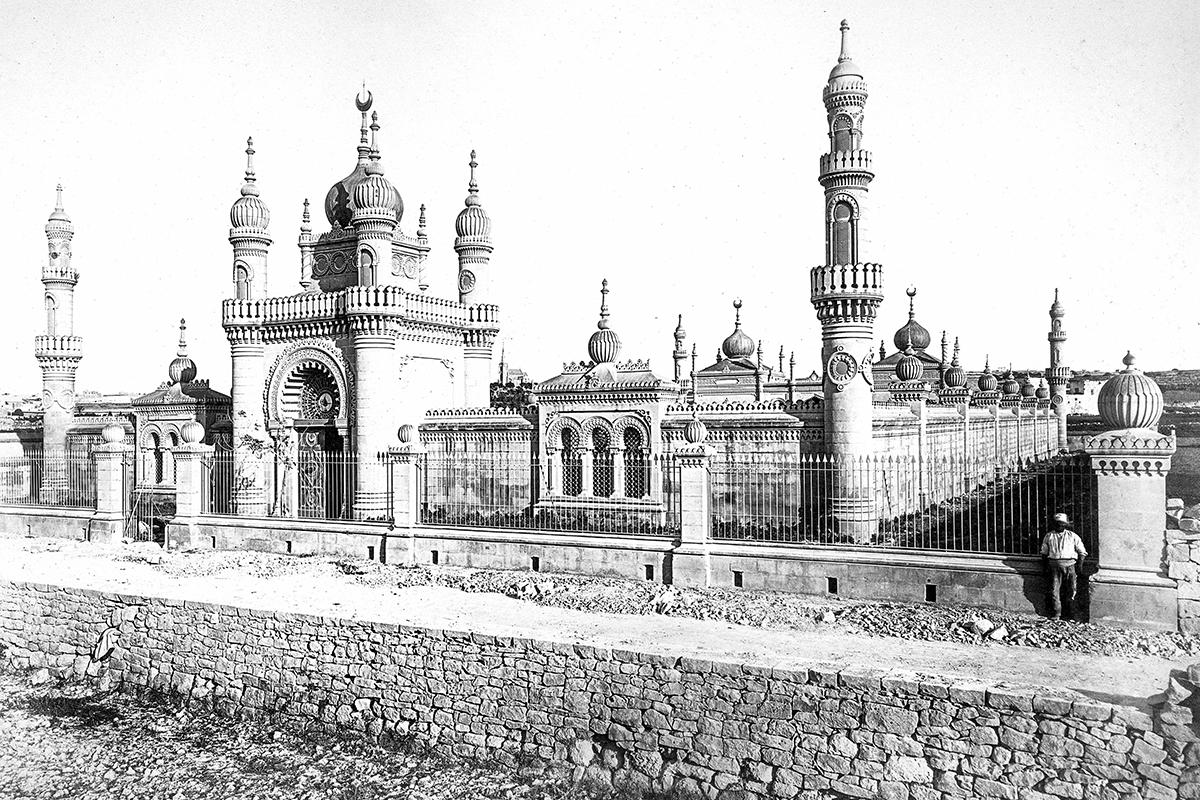 A historic photo of the cemetery shortly after it was completed towards the end of the 19th century. Photo: RIBA - Royal Institute of British Architects

Three years ago, an attempt to construct a fuel station on the same site had stoked controversy sparking even the objection of the Turkish embassy.

Apart from administering the cemetery, the Turkish embassy was an interested party as it was also financing the restoration of this burial place on behalf of the Turkish government.

While it is not known if the matter had been raised at diplomatic level, the applicant, Cassar Fuel Service Stations, did not forge ahead with the application. However, it was never withdrawn, and it is currently listed as “incomplete” on the Planning Authority’s website.

The Sunday Times of Malta enquired with the Turkish embassy whether it would be objecting to the fresh application for the industrial garage complex, but no reply was received by the time of writing.

Prof. Thake noted that it was highly ironical that such an application was submitted less than one month since the Kamra tal-Periti honoured architect Galizia for his lifetime achievements in architecture.

“If approved it would have a devastating effect, totally compromising the setting of the cemetery and obliterating most visual sight lines.

“That is also not to state the inappropriate placement of service industry garages adjoining one of the most beautiful works of Orientalist architecture in Malta,” he said.

For the last decade, Prof. Thake has devoted himself to researching and studying the Ottoman cemetery, publishing a historical paper in a prestigious academic journal Muqarnas.

He also published a book and conducted several on-site public tours. All these initiatives were intended to make the cemetery better known and appreciated by all, he said.

Recently, original Galizia drawings of the cemetery were discovered in the Ottoman Archives in Istanbul.

Prof. Thake called on the authorities to ensure that the Ottoman Muslim cemetery was fully safeguarded.

“You owe it to Galizia, us and future generations to come,” the architectural historian said.