The Maltese word ‘xirka’ means ‘community, communion’. It is used in ‘Ix-Xirka tal-Qaddisin’ (the communion of saints) and ‘Ħamis ix-Xirka’ – ‘Community Thursday’, inferring the Thursday when the apostles and Jesus Christ met for the Last Supper.

It is ‘holy’ – ‘santo’ – because, on this day, Jesus established the Holy Eucharist: he blessed the bread and wine and asked his friends to eat and drink with him. Moreover, he invited them to keep repeating the occasion in memory of him. 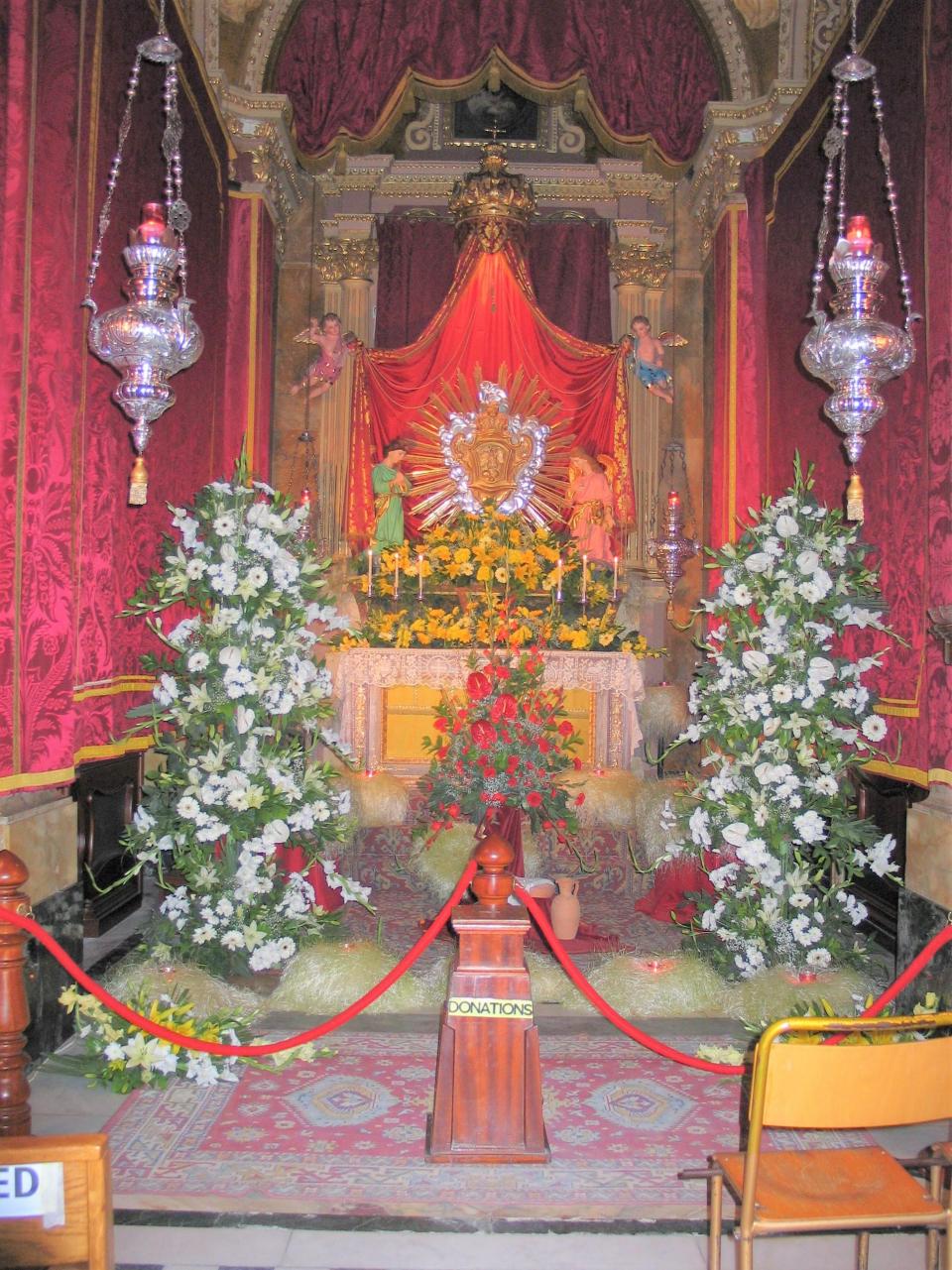 In English, this special Thursday in the middle of the Holy Week is also referred to as ‘Maundy Thursday’, which may be more appropriate. The word ‘maundy’ is derived from an Anglo-French word derived from Latin ‘mandatum’ (compare also the English word ‘mandate’) which means commandment.

During that particular evening, Jesus washed the apostles’ feet. Then he predicted that he would be betrayed by one of them – a reference to Judas Iscariot, who shared a piece of bread given to him by Jesus and left. It is then that he blessed the bread and wine and invited the remaining 11 to eat and drink with him. This is immediately followed by the mandatum – the ‘commandment of love’.

An apostle
In 1961, the play Il-Passjoni (script by Dun Alwiġ Mizzi, SDB) was held at the Salesian Oratory of Don Bosco, in Victoria. The first act represented ‘The Last Supper’ and I played a part in it – that of the apostle Thaddeus. I had no special role except to dress up as one of the bearded apostles, in colourful attire and sitting and behaving as one of the 12 at table for a ‘fictitious’ supper, making simple gestures as if responding to the unfolding of the biblical narrative. In that same play I also played the part of a Jewish soldier. 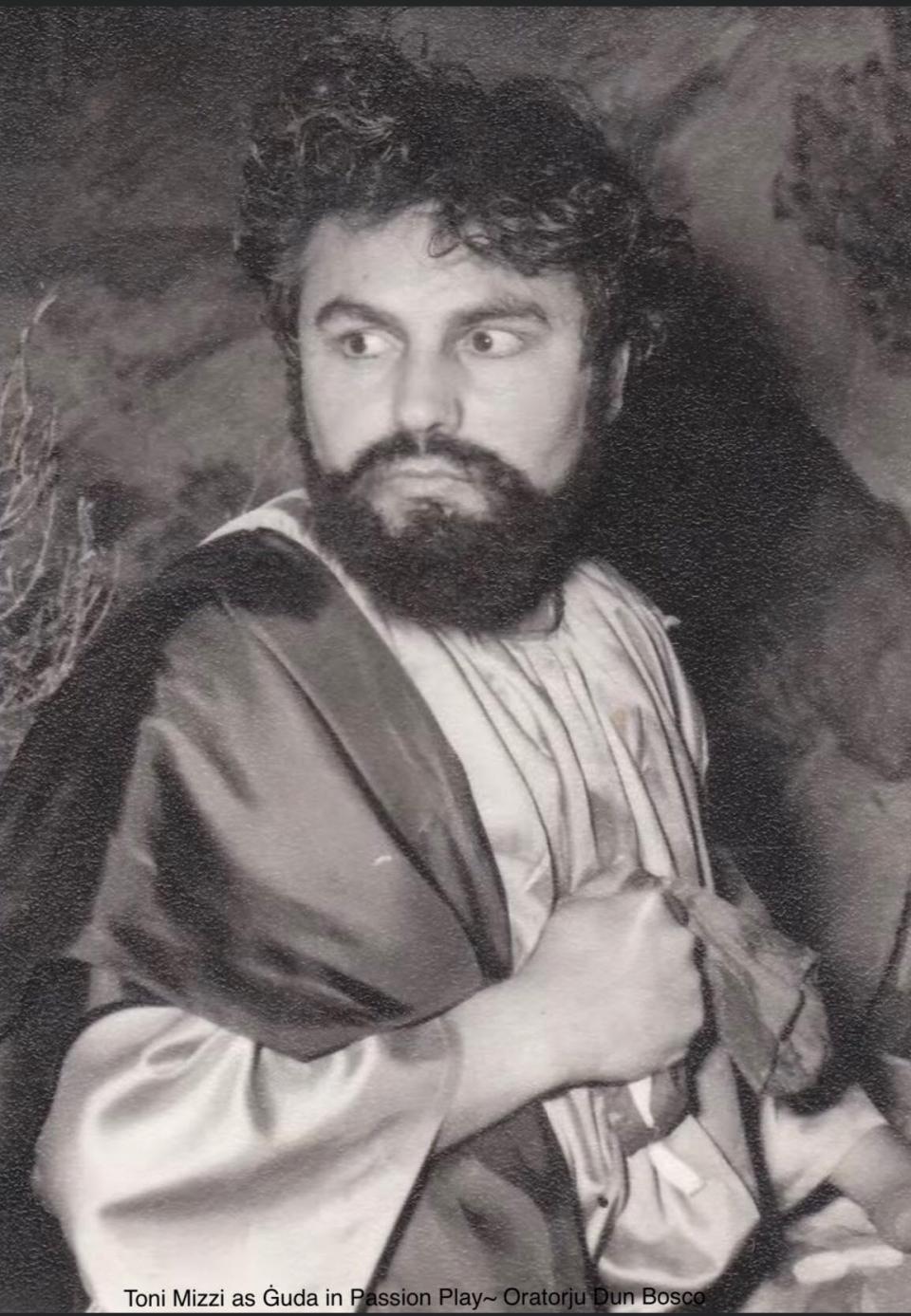 Judas Iscariot
The same could not be said of the late Toni Mizzi, who very professionally played the part of Judas Iscariot in the same play (Toni actually played the same part every time the Passion play was put on). His voice, his temper, his gesticulations, his body movements and actions were so convincing. And the way he reacted to Jesus’s (masterly played by Vince Grech) stunning prediction in the middle of a meal among friends was perfect and so realistic. I must say that I was always impressed by Mizzi’s acting. He was so clever in his rendition of soliloquies and interpretation of what has become proverbial ‘you are a Judas’ – you are a betrayer. Toni – a staunch Salesian – besides a loving husband and a dedicated family man – passed away only a few weeks ago.

The altar of repose
On this Thursday afternoon, a special celebration takes place in Catholic churches. At its end, the chalice containing Holy Hosts consecrated on the day, is carried solemnly to the altar of repose (in Maltese ‘sepulkru’ for English ‘sepulchre’) – purposely built in a chapel or corner in the church with a tabernacle (or pyx) high up in the centre, and beautifully adorned with adoring angels, and immaculate white long-stalked buqari, and scented stock flowers all around − for the faithful to visit and pray in adoration (the other altars in the same church are stripped of any décor). 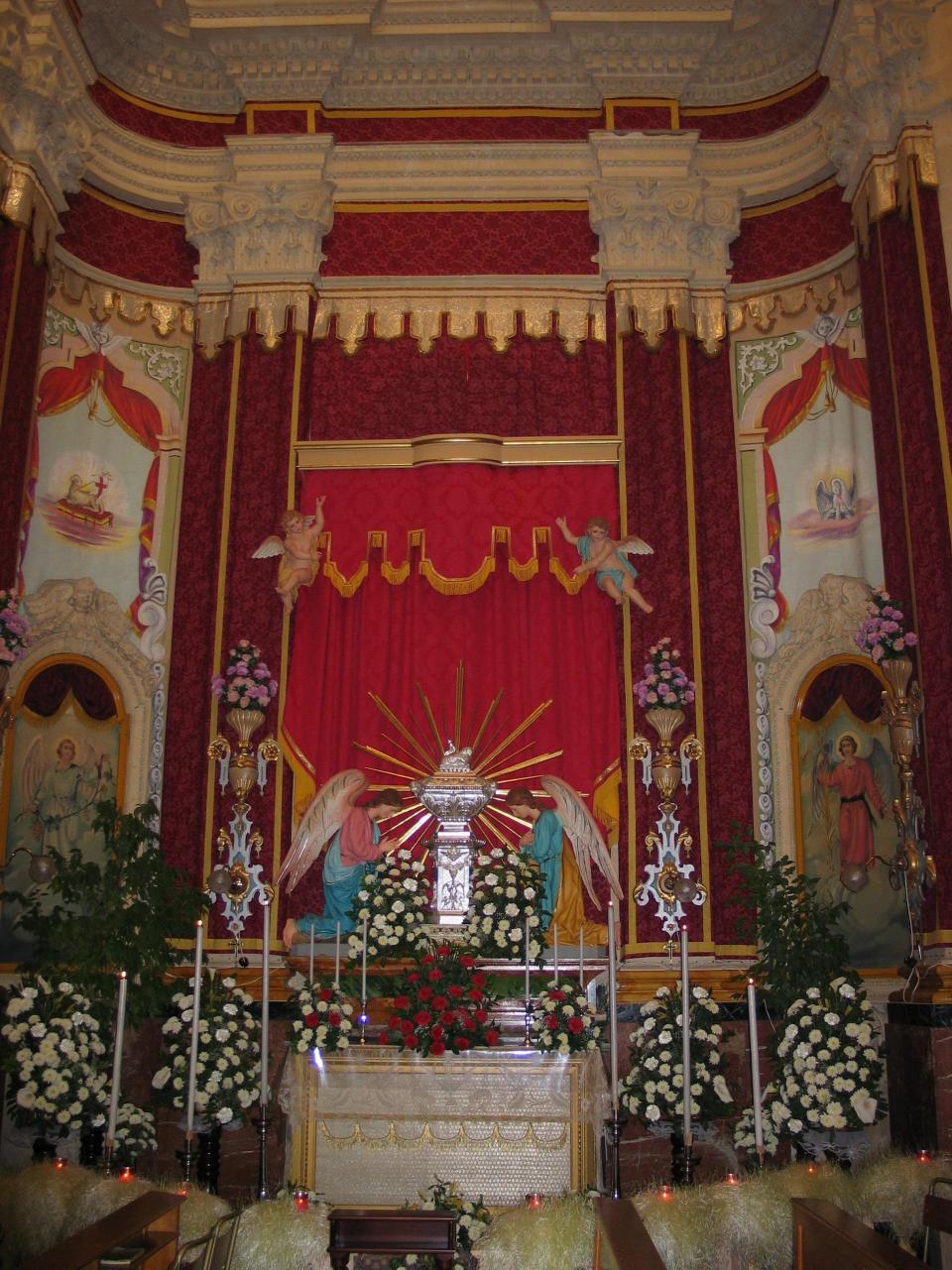 The altar of repose at Our Lady of Pompej church, Victoria. Photo: Joe Zammit Ciantar

At Ta’ Pompej church
Nostalgic memories come to mind of when, as an altar boy at Ta’ Pompej church, in Victoria, I used to serve Rev Dun George Mercieca (together with other priests), celebrating Il-Funzjoni including the ‘washing of the feet’ of local men, and the concluding ceremony in a magnificent sepulchre diligently and lovingly set up by the Dominican Sisters.

Once, later on in life, I was called by the parish priest of Santa Luċija, Malta, where I have been living with my family for the last 53 years, to have my feet washed during such a celebration.

The visit to the ‘seven churches’
Traditionally, on Holy Thursday evening, the faithful with family, relatives or friends, or in groups visit seven sepulchres in different churches, and pray in adoration.

This tradition was started by St Philip Neri around 1553 – he and a few friends would gather before dawn and set out on their ‘seven churches walk’.

In the late 1940s, after my family moved house from Ta’ Sannat village to Victoria (then Rabat), I remember being with my father, mother, and probably my elder sister Lydia, on our tour of the seven churches in Victoria. While passing through St Augustine’s Square, I was impressed by the scene of fallen beams which could be seen from the still open windows of the ground floor of the Salesian Oratory of Don Bosco, which was being built at the time.

As a family, we used to do visit seven churches in Valletta, Victoria and many other villages on this particular day. And some years ago, together with the late Fr Karm Bezzina of Għargħur, I printed a booklet to be used during these visits.

Last year was the first time ever that my wife and I did not visit the ‘seven churches’ due to the pandemic and we will miss them again this year.