A range of issues is let out of the jam jar when the theme of biodiversity comes up. For people who spend much of their time on all fours, patiently observing behaviour in plants and animals, an occasion to share their findings is always well received.

Scientists of the natural world concern themselves with all life forms, be they fish, birds, fungi, plants or microscopic organisms.

Humans have a general affinity for other mammals – dolphins, giraffes, bats, armadillos. Yet all hold very different positions in the wider ecosystem.

Living things depend greatly on the web of life spun by creatures often too small or seemingly insignificant to warrant our attention. They are all part of a larger system in which they play a complementary role, unlike many humans, with little regard for the ecosystems which support them.

This year the 4th International Congress on Biodiversity, ‘Man, Natural Habitats and Euro-Mediterranean Biodiversity’, was hosted in Malta by the Entomological Society. The congress was organised by a team working under Prof David Mifsud, known from an early age to family and friends as tal-insetti or ‘insect man’. 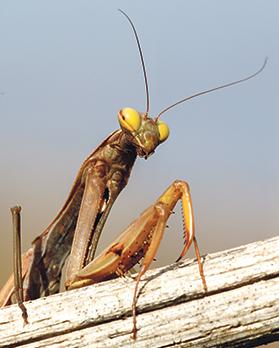 Loss of biodiversity is a global problem, yet understanding and conserving habitats for insects is still given low priority, even in nature reserves.

Insects get much of the attention at any discussion on biodiversity, being the largest group of life on earth. The presence of an insect can often be identified by associated swellings on plants known as galls, caused by abnormal cell growth. Prof Mifsud reported that new species of insects inducing galls on wild asparagus are currently being studied.

A paper co-presented with Dr Gillian Watson, a senior authority on insects and bio-systems, flagged the threat of invasive mealy bugs. Due to their small size and cryptic habits these can easily enter Mediterranean countries, attacking ornamentals crops and posing a danger to local pine woodlands. Plant quarantine screening by national plant protection organisations in the EU is often weak as internet purchases by plant hobbyists may escape notice.

Among 60 papers read at the three-day congress was a presentation on the use of new tools such as drones to count flamingos at a nesting site near Syracuse in Sicily. Control measures have been applied against alien species on some of the smaller islands on the south-east Sicilian coast.

Loss of biodiversity creates space for alien species to invade. Many new species are still unknown to humankind. Increasing global travel and trade are dispersing species and diseases.

Scientists at the congress heard how the Maltese honeybee, with its climate-resilient traits derived from North African bees, is in danger of being lost unless unregulated importation of bees from Italy ends.

Senior university lecturer and government advisor Dr Marion Zammit Mangion said that meetings had been held with the environment ministry but more help was needed for beekeepers who were preserving the endemic honeybee single-handed.

As scattered patches of the endemic cricket’s habitat in north-east Malta are shrinking, the chances of populations being isolated from each other and losing genetic resilience are greater, especially when seen against the threat of rising sea levels. Feral cats in the area hunt them down by tracing their distinctive song.

A paper on microbial diversity of traditional Sicilian cheeses was delivered during the session on environmental safety and microbiology. This showed the value of lactic acid bacteria which inhibits harmful bacteria when raw milk is used in cheesemaking.

Extensive diversity shows up even within the same species – their shape, what they feed on or variations in the sounds they make. Flowering occurs at different times throughout the day in various plants. Disruption of the pollination calendar by climate change would have huge repercussions for food security.

Discoverer of thousands of new species, Dr Ivan Lobl from Geneva’s Museum of Natural History said that only a fraction of life forms, perhaps 10 per cent, are known fully and can be identified.

“After years of research we still don’t have a list of all species described. This is a work in progress which is changing every day with 20,000 names added to the list each year.”

Evolution keeps the scientists busy. Within the space of a century the boundaries between species have changed. What would have been one species 100 years ago is a different species today.

Observable behaviour and traits of species have a diversity of their own. Prof Alexander Minelli of the University of Padova referred to variability among living organisms. One example is the seasonal change in landscape colours.

Taxonomists, who look at similarities and differences between organisms, sometimes feel that they themselves are a dying species. They frequently lack support for research unless there is a high potential for commercial applications. 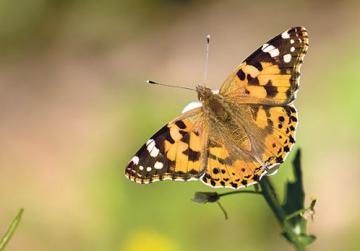 Regulation of access to genetic resources is the focus of a project involving the endemic Argan oil tree in Morocco. Cosmetic firm L’Oreal and the BASF corporation have linked up with a cooperative of Berber women using ancestral knowledge to produce the oil and bring benefit to the local community.

Biodiversity concerns us all, especially those who least want to know about it. Events such as the annual congress give scientists a chance to interact together and cooperate on decisions that may affect the future of life on our planet.

The event was co-financed by the universities of Catania and Malta, the Ministry for Sustainable Development and Climate Change, the National Lotteries Good Causes Fund, Greenhouse Malta and the Entomological Society of Malta.