Hong Kong's democracy supporters were dealt a huge blow on Friday as authorities postponed local elections for a year because of the coronavirus, capping a devastating month of political disqualifications, arrests for social media posts and activists fleeing overseas.

The city's democracy camp has come under sustained attack since Beijing imposed the sweeping security law last month -- a move China's leaders described as a "sword" hanging over the head of its critics.

The ensuing weeks have sent a chill through a city used to speaking its mind and supposedly guaranteed certain freedoms and autonomy in a "One Country, Two Systems" deal agreed ahead of its 1997 handover from Britain.

On Friday evening chief executive Carrie Lam, a pro-Beijing appointee, announced that September elections for the financial hub's legislature would be delayed for a year using emergency anti-virus powers.

She denied the move was a political decision to hobble the city's opposition.

"I am only paying attention to the current pandemic situation," she said. Beijing welcomed the move as "necessary, reasonable and legal".

Carrie Lam insisted the elections needed to be postponed because of a rise in coroanvirus infections. Video: AFP

But the decision infuriated democracy supporters who had warned against any move to delay the polls, accusing authorities of using the COVID-19 pandemic to avoid a drubbing at the ballot box.

"This is a sleazy, contemptible political act to help thwart any victory on the part of the democrats in the original election," opposition lawmaker Claudia Mo told AFP, warning that public anger could explode.

The postponement came a day after a dozen prominent democracy activists were barred from standing for election because their political views were deemed unacceptable.

"Beyond any doubt (this) is the most scandalous election fraud era in Hong Kong history," Joshua Wong, one of the city's most recognisable democracy figures, told reporters Friday before the elections were postponed.

Wong was one of those disqualified, along with other young firebrand activists and some older, more moderate democracy campaigners.

The White House condemned the election delay and the disqualification of opposition candidates.

Germany also said Friday it was suspending its extradition treaty with Hong Kong over the former British colony's decision to push back the local elections.

"The Hong Kong government's decision to disqualify a dozen opposition candidates for the election and to postpone the elections ... is a further encroachment on the rights of Hong Kong citizens," Foreign Minister Heiko Maas said in a statement.

"Given the current developments, we have decided to suspend the extradition treaty with Hong Kong."

Hong Kong is not a democracy -- its leader is chosen by pro-Beijing committees.

But half of its legislature's 70 seats are directly elected, offering the city's 7.5 million residents a rare chance to have their voices heard at the ballot box.

Planning to capitalise on last year's huge and often violent anti-Beijing protests, democracy activists had been hoping to win their first-ever majority in September.

But officials have begun scrubbing ballot lists of candidates.

Examples given by authorities of unacceptable political views have included criticising the new security law, campaigning to win a legislation-blocking majority and refusing to recognise China's sovereignty.

Earlier in the day a coalition of democracy parties warned any bid to delay the elections would herald "the complete collapse of our constitutional system".

Around half of Hong Kong's nearly 3,300 COVID-19 cases have been detected in the past month alone and authorities fear hospitals are on the verge of being overwhelmed.

According to the International Institute for Democracy and Electoral Assistance, at least 68 elections worldwide have been postponed because of the virus, while 49 went ahead.

Hong Kong is going through its most politically turbulent period since its return to Chinese rule, and last year seven straight months of pro-democracy protests swept the city.

The pandemic and mass arrests have helped throttle the movement, but anger towards Beijing still seethes.

In response, China imposed its security law on June 30, bypassing the legislature and keeping the contents of the law secret until it was enacted. 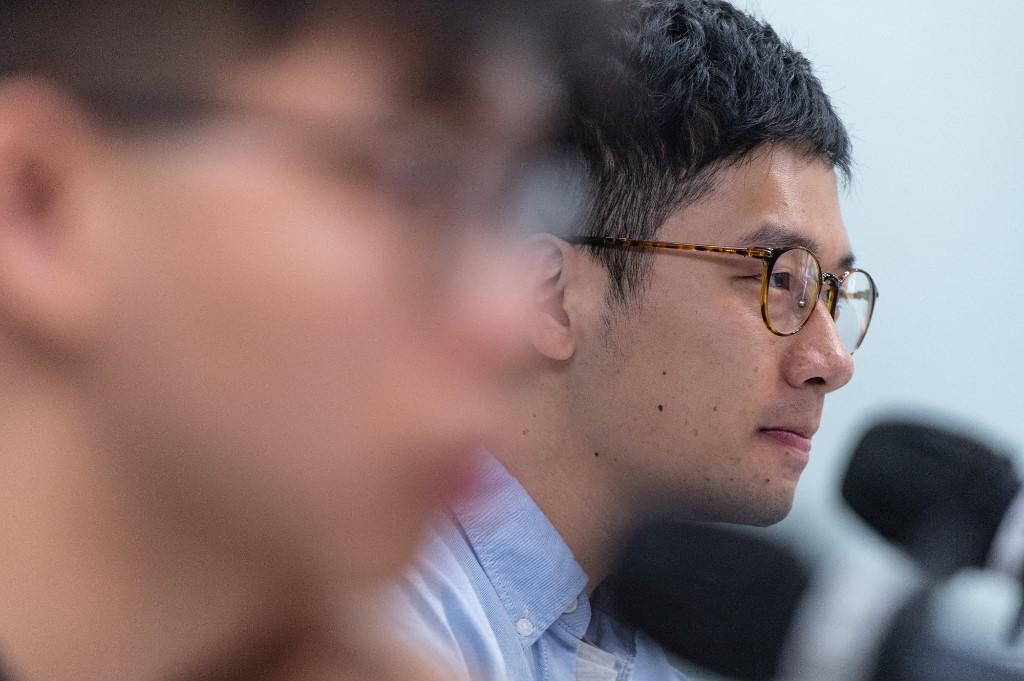 Beijing said the law would restore stability and not impact political freedoms. It targets four types of crime -- subversion, secession, terrorism and colluding with foreign forces -- with up to life in prison.

But the broadly worded law instantly outlawed certain political views such as promoting independence or greater autonomy for Hong Kong. One provision bans "inciting hatred" towards the government.

Critics, including many Western nations, say it has demolished the "One Country, Two Systems" model.

Since it came into force, some political parties have disbanded while at least three prominent Beijing critics have fled overseas.

Libraries and schools have pulled books deemed to be in breach of the new law. At least 15 arrests have been made so far.

Prominent campaigner Nathan Law, 27, who recently relocated to Britain after fleeing Hong Kong, was among "six trouble-makers" sought by the police, the Chinese state media report said. The force refused to comment.

On Wednesday four students were arrested under the new law for "inciting secession" through posts on social media.

Others have been arrested for shouting pro-independence and other protest slogans, or possessing objects emblazoned with them.