Three years after losing their only daughter in a traffic accident, Josephine and Pippo Boni got another horrific shock last week when they discovered she had been buried in a body bag placed inside the coffin. 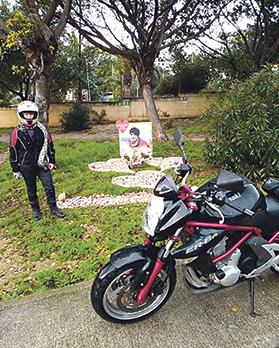 Josephine Boni stands near the shrine commemorating her daughter, Johanna, who was crushed to death by a cement mixer in Naxxar three years ago while riding her motorcycle (foreground) to work.

The parents only discovered this by chance, prior to the burial of Johanna Boni’s grandfather who was to be interred in the same grave at the Mosta cemetery.

“I cannot even describe how disgusted I was at seeing my daughter in a plastic bag. You wouldn’t even treat an animal like that. And the clothes I had given them to dress her in were stuffed in a corner of the coffin. My husband and I cannot sleep at night. We keep seeing that horrible sight over and over again,” a distraught Ms Boni told Times of Malta.

Johanna Boni was crushed to death by a cement mixer in Labour Avenue, Naxxar on January 5, 2016. The 27-year-old was riding her Kawasaki ER6N to work.

“Now we know why they advised us not to look into the coffin on the day of the funeral. We were told they had dressed up the body with the red dress we had purchased for Johanna and we also gave them a necklace and a pair of shoes but even these were placed in the corners of the coffin,” she continued.

Ms Boni, a Maltese national married to a Sicilian man, said her father passed away recently and space was needed in the family grave.

The intention was to clear the coffins but the burial assistants refused to open the bag as the body had not yet decomposed. She said she could not believe her eyes when they opened the coffin and realised her daughter had been buried in a plastic bag.

We keep seeing that horrible sight over and over

“It’s just a never-ending saga. We never found Johanna’s smartphone, which went missing at the site of the accident.

“We would have loved to see the images, videos and messages it contained. We had to plead for months to be given the clothes she was wearing on the day of the accident and now this. It’s just one big odyssey,” the distressed mother said, fighting hard to hold back tears.

Legal practitioners said that, according to the Code of Police Laws, “every dead body shall be buried with such covering as decorum and decency required”. 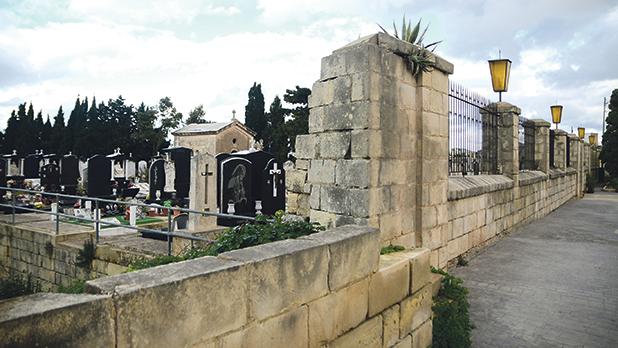 A spokeswoman for the Health Ministry, which is directly responsible for the Mater Dei Hospital mortuary and for cemeteries, said the responsibility in this case was the funeral director’s.

“When a person dies outside Mater Dei, the hospital is not responsible for the body of the deceased,” she said.

“In these instances, the funeral organisers shoulder the responsibility to shroud the body.”

The Bonis’ experience is similar to that of the relatives of German teenager Mike Mansholt who died while hiking in Dingli Cliffs in 2016 and his body was returned home with most of the organs missing.

A medical examination in Germany found that his heart, brain, neck organs, lungs, liver, pancreas, adrenal glands, the right kidney, the bladder, the stomach and the small intestine were missing.

No one assumed responsibility.