Universal Studios Hollywood is notorious for its spooky annual Halloween transformation, when a series of ghoulish interactive "mazes" inspired by classic horror films pop up around the California theme park.

While last year's 'Halloween Horror Nights' were cancelled due to the real-life terror of COVID-19, organisers are betting that customers in 2021 will be more in the mood for an evening of frights than ever before.

"Horror always does extremely well in the most challenging of times," creative director John Murdy told AFP on a recent behind-the-scenes tour. 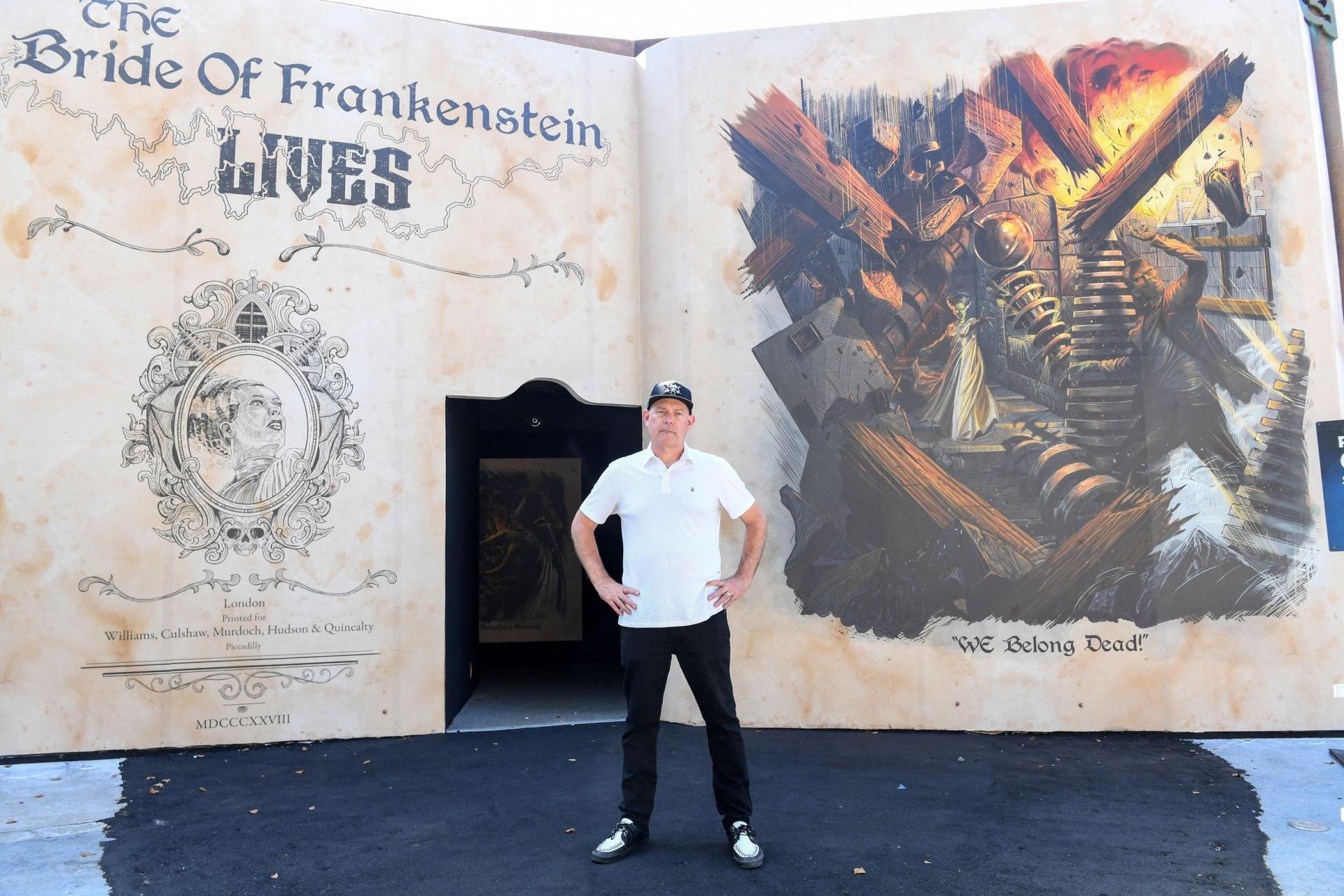 Executive producer and director John Murdy gives a tour of ‘The Bride of Frankenstein’ maze he is setting up for Halloween Horror Nights.

That remarkable string of seminal spine chillers is often credited with saving the Universal Pictures studio from bankruptcy during the Great Depression – the worst economic collapse in US history.

"These were huge hit movies in their day," said Murdy. "Horror always speaks to the present fears of society, and it becomes an escape."

Visitors – seeking goosebumps and gore, or otherwise – have already been welcomed by theme parks around Los Angeles, which mostly reopened in April after a year in which COVID-19 ravaged the second-largest city in the United States.

California Governor Gavin Newsom chose Universal Studios Hollywood as the site for his June "reopening day" event, which celebrated the ending of nearly all COVID-19 restrictions, although some measures such as mask-wearing have since been restored. 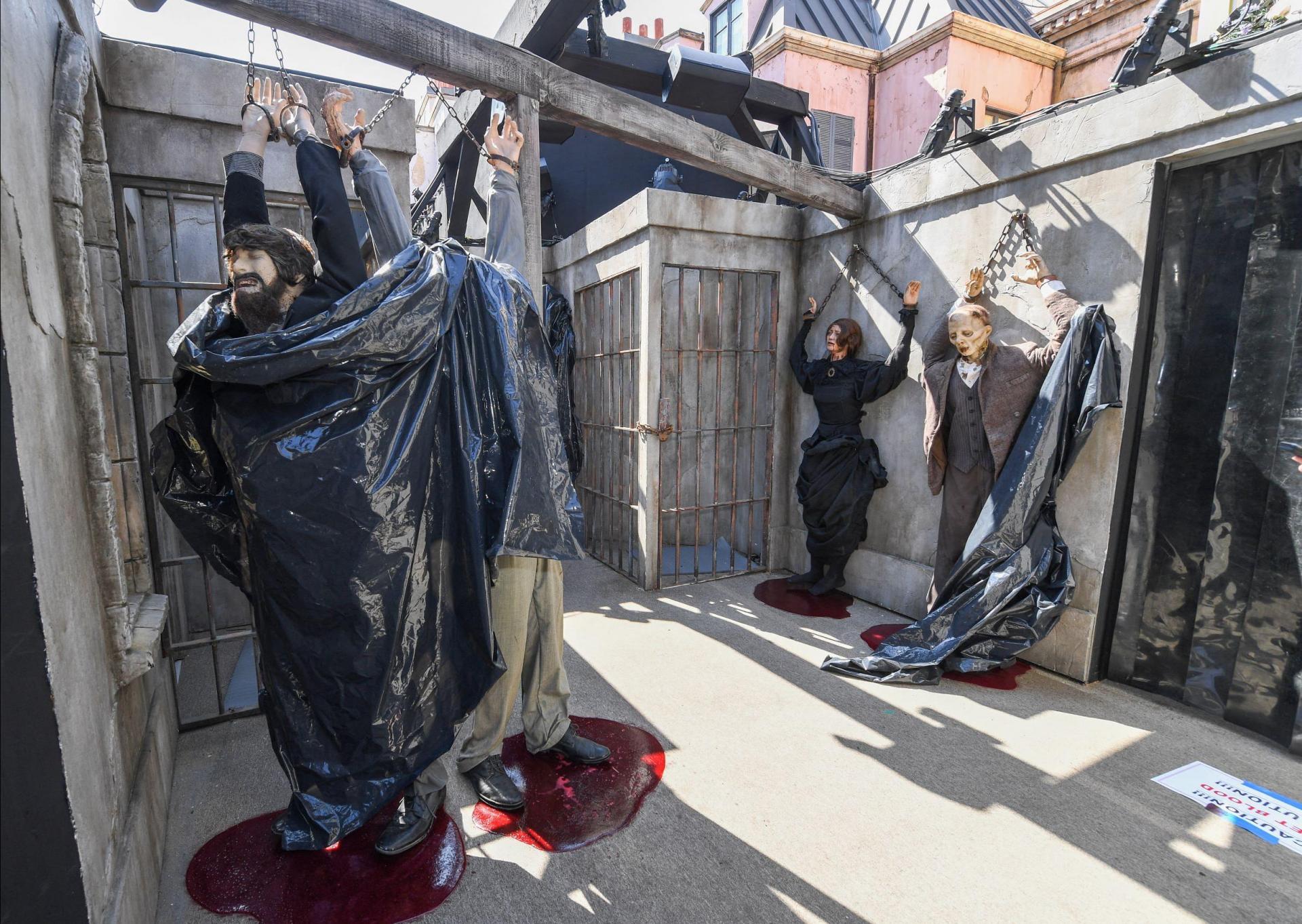 View of the sets part of ‘The Bride of Frankenstein’ maze set.

Masks are not a problem inside this year's Halloween mazes, where most performers are already clad in elaborate face coverings as they transform into zombies, vampires and Frankenstein's monsters.

One of this year's mazes, called 'The Bride of Frankenstein Lives', is a brand-new sequel to the 1935 movie.

It imagines that the monster's undead mate survives the film and works to bring him back to life again in a makeshift lab – donning a handy surgical mask as she carries out her experiments.

"It's an extra creative challenge," said Murdy, of the COVID-19 measures.

Murdy was inspired to give the Bride of Frankenstein her own maze because she only appears for "about five minutes" in the 1935 film.

In a departure from the usual canon of horror movies, Bride of Frankenstein is part of a bid to highlight the genre's often-overlooked female characters, featuring terrifying hordes of Dracula's daughters. 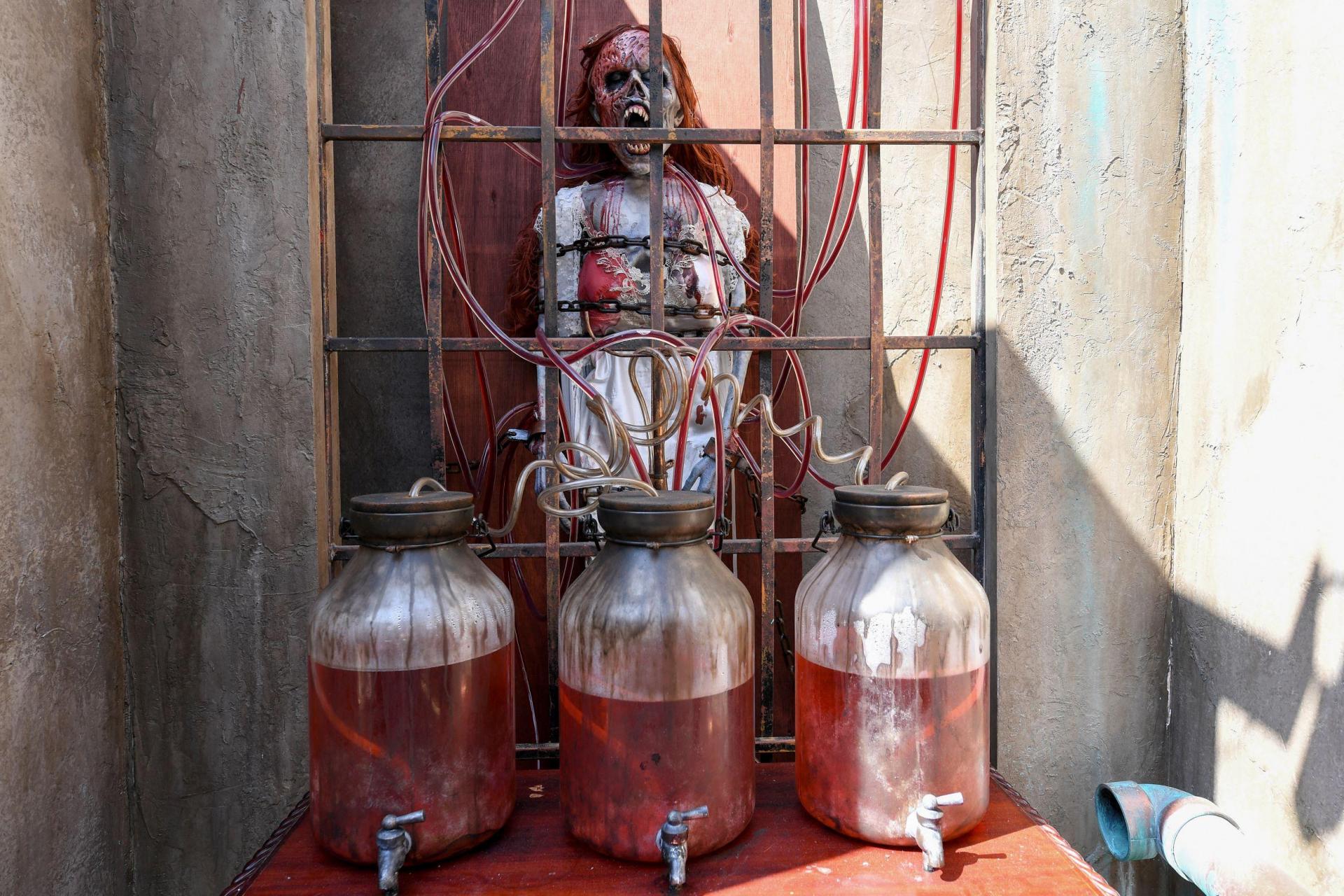 Jars of blood are seen part of ‘The Bride of Frankenstein’ maze.

The maze exits into a "scare zone" in which the She-Wolf of London can be found roaming.

Other female-centred installments this year include an Exorcist attraction, and a new Haunting of Hill House experience based on the Netflix TV series.

"I have a six-year-old daughter, and I wanted to create those female characters for my kids," said Murdy, who had the help of fellow horror fan Slash from Guns N' Roses for the maze's soundtrack.

"Horror teaches us how to deal with our own fears in our everyday lives," Murdy added.