The organisers behind a weekend-long party that has been linked to at least 18 coronavirus cases have cancelled their upcoming events, citing safety concerns.

G7 and Sound Salon, who were meant to host another event on Wednesday and host regular nights at Rabat nightclub Gianpula, said that after monitoring the current situation they felt that "the right thing" to do was to stop all their upcoming events.

“We will continue to monitor the situation and closely decide on a week-by-week basis if and when to continue our events. We have always made sure that your safety is our priority and abided by all the rules and regulations issued by the authorities,” they announced on Facebook.

The cancellation comes after widespread concern about such parties following a spike in COVID-19 cases linked to Sound Salon and G7’s Hotel Takeover party.

Other events by Glitch Club and District have also been cancelled, however international music festivals drawing thousands from overseas are still due to take place.

While European countries have closed their doors to mass events, as the number of COVID-19 cases continue to increase, Malta has opened its doors to events such as the world-renowned BPM Festival and Escape 2 The Island. 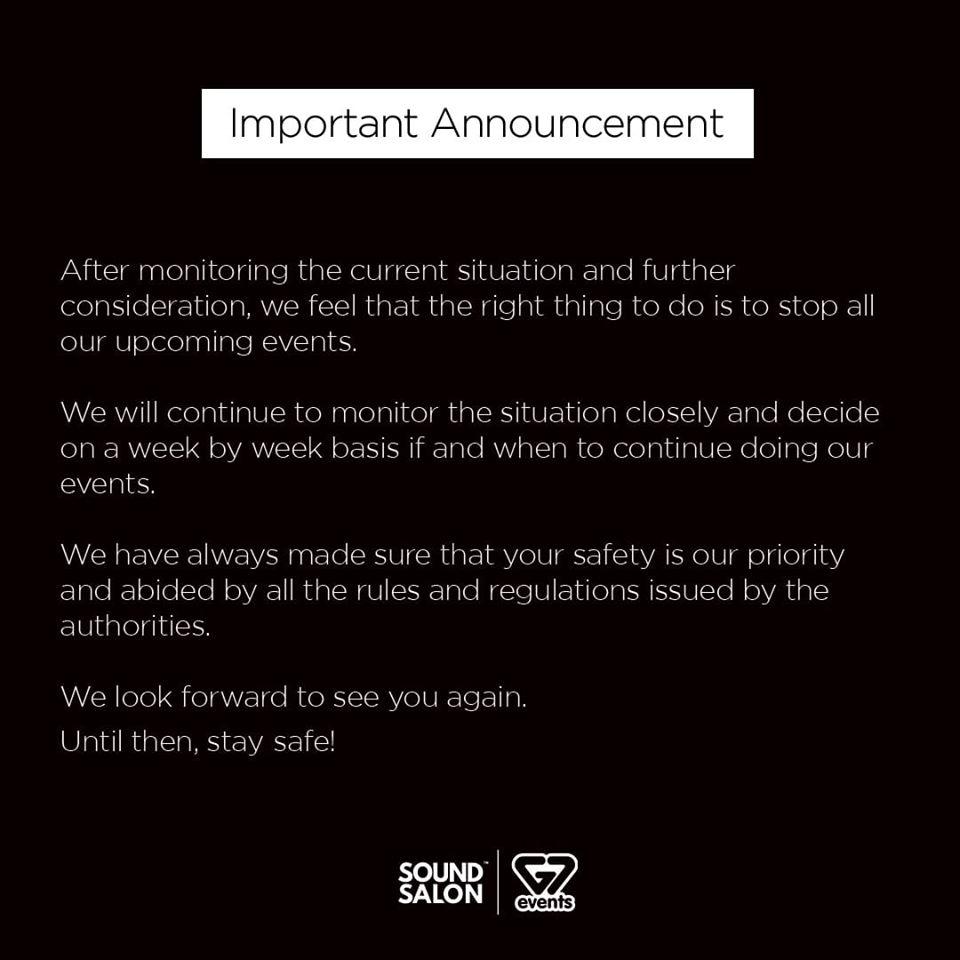 'Acting irresponsibly could have devastating impact on industry'

Cancelled events as of Wednesday morning include the weekly Glitch Club Series, which is spearheaded by the same people behind the Glitch festival, which has been cancelled this year.

The organisers said that those who had bought their tickets for the event can either get a refund or save the ticket for a future event.

“The Covid-19 pandemic is a reality we are living in, the circumstances are changing very quickly. The health and safety of our fans, artists and crew is paramount. We do not want anyone to put their loved ones at risk,” they said, adding that this cancellation follows “one of the toughest decisions” when earlier in April they postponed their main event Glitch Festival 2020.

“Even at the time the situation was clear, it would not have been feasible nor safe to hold a mass event of that magnitude to attract thousands of tourists from across the world to Malta.”

The called on the rest to safeguard the industry’s future. Acting irresponsibly now could have a devastating impact on the industry and the rest of the economy, the organisers said.

Event organisers District have also announced that they will not host their scheduled event at Uno this weekend, following the “developments over the past week”.

Nenu Events, which were scheduled to host a club night at Gianpula's Penthouse club this weekend, have also called off their event, saying they will be monitoring the situation over the coming weeks.

Weekly club night Ziggy Saturdays and Sunday morning event Sunny Side Up have also been called off for the foreseeable future.

Micallef, who also serves as chairman of Labour media arm ONE, argued that "conservative forces" were out to try and derail the Abela government.

He did not elaborate on who those "conservative forces" were, saying that they would likely use "anti-Labour" media to frighten people.

"Of course we'll be prudent," he said. "But this government has a moral, sacrosanct obligation to continue leading Malta".