Quarantine, schools, shops and borders closed, gatherings banned, here are the main measures being taken in Europe to fight the spread of the novel coronavirus.

Italy's population of 60 million has to stay at home until April 3, but can go out to work, for health reasons or to buy food.

In Spain, four parts of the northeastern region of Catalonia have been quarantined, as have two communes in the Austrian region of Tyrol.

Austrians returning from Italy will be confined.

People returning from the main coronavirus hotspots must stay at home for two weeks in Croatia, Latvia, Russia and Slovakia.

In Norway, all people returning from abroad will be quarantined and some cities have banned people from disembarking from cruise ships, a measure also taken by Portugal and Spain.

In Luxembourg and Portugal visits to retirement homes are banned, while in Belgium they are either prohibited or strictly limited. They are restricted in Sweden.

In France visits are suspended in establishments housing elderly and dependent people.

In Italy only essential shops selling foodstuffs or healthcare items are allowed to open.

Austria has decided to close non-essential shops from Monday and to close cafes and restaurants at 3:00 pm. 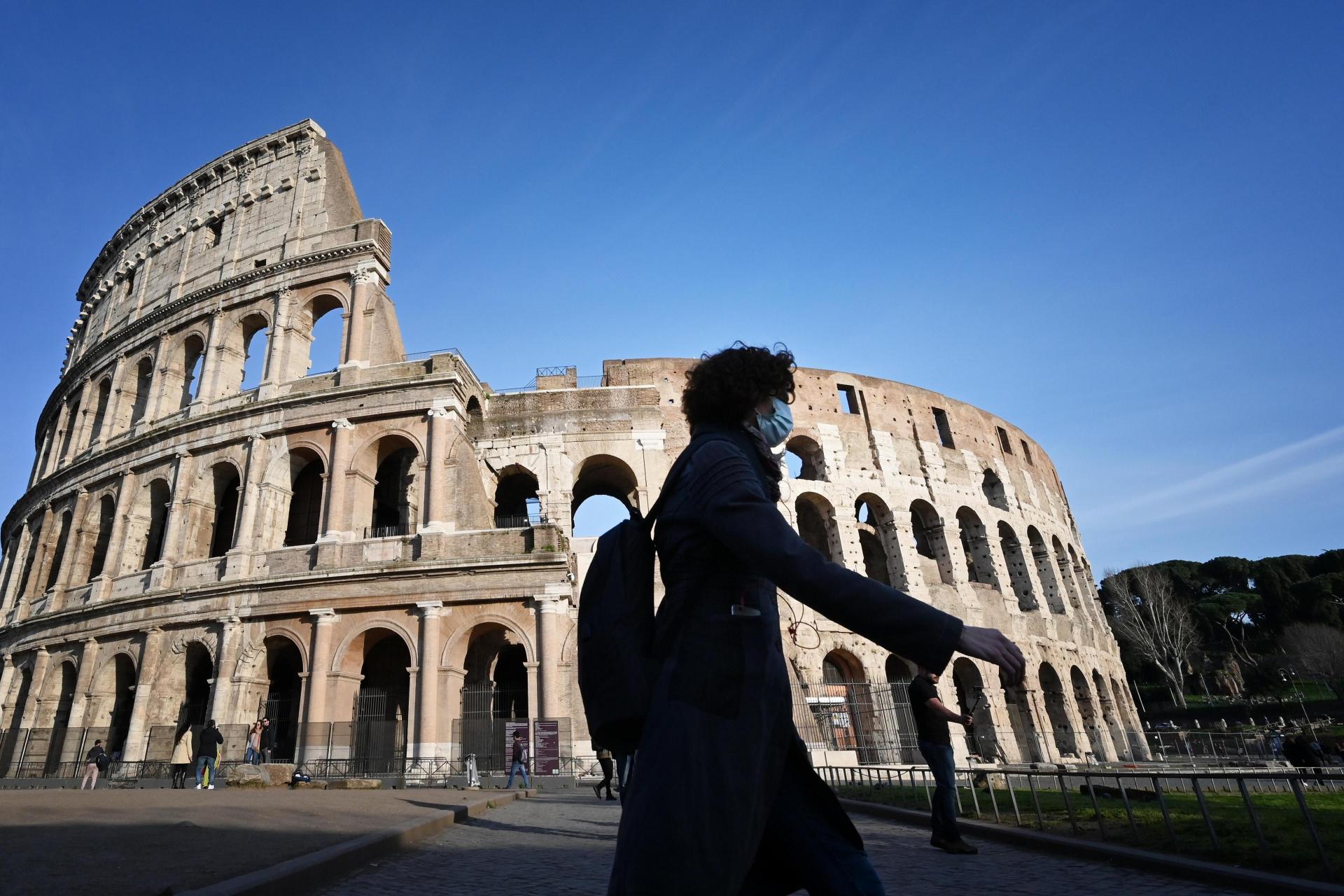 A masked woman walks past a deserted Colosseum in Rome. Photo: AFP

In the Czech Republic, restaurants must close between 8:00 pm and 6:00 am.

Madrid authorities have ordered bars and restaurants to close their outside areas.

The Czech Republic and Slovakia have announced the almost total closure of their borders to foreigners, with Slovakia making an exception for Poles.

Ukraine plans to close its borders to foreigners for at least two weeks.

Poland has imposed health checks at all its borders.

Slovenia has also set up health vetting measures at the border with Italy.

Germany has strengthened checks at the French border.

Pupils will also stay at home next week in Belgium, Croatia, France, Portugal, Spain and Switzerland, and in most German regions.

In Belgium, Cyprus and Italy all gatherings have been banned.

The Czech Republic has banned meetings of more than 30 people.

Denmark and France are to drop the threshold to 100 people.

Iceland, from midnight on Sunday, and the Netherlands and Switzerland have outlawed gatherings of more than 100 people as have Austria, Hungary and Romania for indoor meetings, with 500 for those outdoors.

Finland and Sweden have set the bar at 500 people.

Moscow has banned meetings of more than 5,000 people.

Rome's second airport, Ciampino, is to close from Friday evening, while Fiumicino, which handles international flights, is to close one of its three terminals from March 17.

In Slovakia, all international airports are closed.