Over three years ago, then Opposition leader Simon Busuttil declared that the Prime Minister’s chief of staff Keith Schembri set up a secret shell company half way across the world with corrupt intent.

Mr Schembri immediately sued, declaring that the truth would emerge in court.

Back when Dr Busuttil gave his speech during a March 2016 anti-corruption protest, there was no public knowledge of the secret company 17 Black and its connection to the power station project, a structure which made public scrutiny impossible.

Mr Schembri first took to the witness stand in the libel case on October 16, 2017, hours before journalist Daphne Caruana Galizia, the person who first teased knowledge about 17 Black, was killed in a car bomb.

During that sitting, Mr Schembri welcomed the chance to testify.

“This is the first time… I’ve been on the receiving end for two years and have been unable to say my side of the story,” Mr Schembri had told the court.

Cross-examination by Dr Busuttil’s lawyers was put off until a later date. 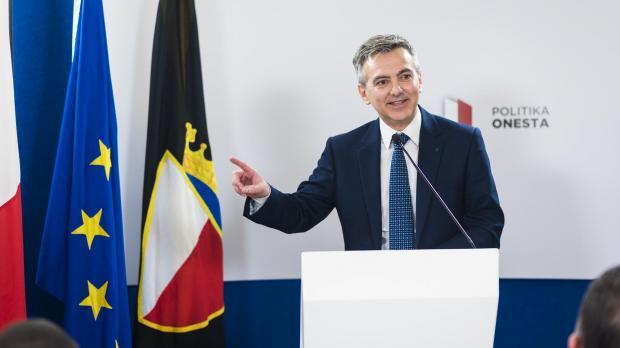 At that point, the link between Mr Schembri, 17 Black and plans to receive up to $2 million into the offshore structures he and Tourism Minister Konrad Mizzi set up were still safely hidden away on Nexia BT’s and Mossack Fonseca servers.

The truth about Mr Schembri’s intentions would only emerge six months later, after the Daphne Project dug up an e-mail sent by Nexia BT to Mossack Fonseca about his plans to receive hefty offshore deposits from 17 Black and another company called Macbridge.

Mr Schembri immediately confirmed knowledge of 17 Black and Macbridge in an April 2018 statement, claiming he had “draft business plans” with the two companies that never came to fruition.

I have been unable to say my side of the story

Just a month before these revelations, Mr Schembri failed to turn up for cross-examination in court.

It would be a full seven months until Times of Malta and Reuters were in a position to reveal in November 2018 that 17 Black is owned by Yorgen Fenech, the lead Maltese businessman in the power station project backed by the government.

The exposé presented fresh evidence to back Dr Busuttil’s corruption claims, just days before Mr Schembri was scheduled to take the witness stand to be cross-examined. Once again, Mr Schembri failed to turn up in court, with proceedings being put off till January.

On this occasion, Mr Schembri did turn up, only to demand a court decree exempting him from testifying about 17 Black.

The decree was supposed to be delivered in March but was further delayed by the promotion of Francesco Depasquale, who had for the past three years been presiding over the libel case.

Magistrate Victor Axiak took over the case, delivered a no-nonsense decree in July ordering Mr Schembri to turn up in court and face cross-examination about 17 Black.

Mr Schembri reluctantly took to the witness stand yesterday, after no fewer than four attempts on the day to once again avoid answering questions about 17 Black due to ongoing inquiries.

His reluctance to take to the stand and answer specific questions earned him a rebuke from Magistrate Axiak, who once again forced the Prime Minister’s chief of staff to answer questions put to him by Dr Busuttil’s lawyer Jason Azzopardi.

Faced with a demand to explain his connection to 17 Black, Mr Schembri stepped down from the witness stand and dropped the libel suit he filed three years ago to prove his innocence.

March 2016 – Simon Busuttil declares during an anti-corruption rally that Keith Schembri purposely set up a secret company in Panama to receive kickbacks.

April 2016 – Schembri sues the former Opposition leader for libel, insisting he is not corrupt and innocence will be proven in court.

October 2017 – The PM’s top aide takes to the witness stand for the first time.
Says he has been on the receiving end for two years and looks forward to telling
his side of the story.

March 2018 – Mr Schembri fails to turn up in court for cross-examination.

November 2018 – Times of Malta reveals 17 Black is owned by power station investor Yorgen Fenech. Mr Schembri fails to turn up in court for cross-examination in the libel case he filed against Dr Busuttil.

January 2019 – Mr Schembri asks the court to exempt him from testifying about 17 Black. Argues Dr Busuttil had no knowledge of 17 Black when he made his speech.