The war for Tripoli and the pandemic did not trigger an increase in migrant departures from Libya, as southern European states feared, but traffickers continued making money off migration by exploiting people in detention centres.

According to research by the Geneva-based NGO Global Initiative Against Transnational Organised Crime, despite the enormous upheaval and chaos caused by the war, the number of migrants leaving for Europe from Libya remained remarkably constant.

The research, published this week in a report called Conflict, Coping and COVID, maps human smuggling trends between 2019 and 2020, with a spotlight on Libya, Tunisia, Niger, Chad and Mali.

The absolute majority of asylum seekers that land in Malta leave from Libya, specifically from the eastern coast.

According to the report, the town of al-Khums, which is located on the coast east of Tripoli, directly south of Malta, is one of the most notorious smuggling hubs. It continued to be among the busiest departure points for migrants throughout most of 2020, taking boats to Europe during the entirety of the 14-month ‘war for Tripoli’.

Lead researcher Mark Micallef told Times of Malta that although the war caused disruption to migrant departures, as some routes became out of bounds because militias were engaged in conflict, there was no catastrophic increase or sudden drop.

Asylum seekers continue to be the ones bearing the brunt of the law enforcement, not smugglers

Migration towards the Mediterranean increased dramatically after the overthrow of Muammar Gaddafi and militias in the country got involved in human smuggling.

Back then, militias had started involving themselves in migration as it was a lucrative business.

They could control various parts of the coast and organise departures for asylum seekers.

But just as the involvement of militias was the primary driving force in the expansion of human smuggling, their retreat was the principal reason for its collapse after 2017.

“Militias vying for leadership transitioned into a law enforcement role as they tried securing national and international legitimacy.

“They knew that human trafficking could negatively impact their future, so they stopped organised departures to Europe,” said Micallef, a former Times of Malta news editor.

“When the war for Tripoli broke in 2019, the international community feared an exodus of asylum seekers as the conflict could create an opportunity for people smugglers to exploit people.

“But most militias in the northwest were invested in the war because it was more lucrative than human smuggling, and they also wanted to retain their status quo.” 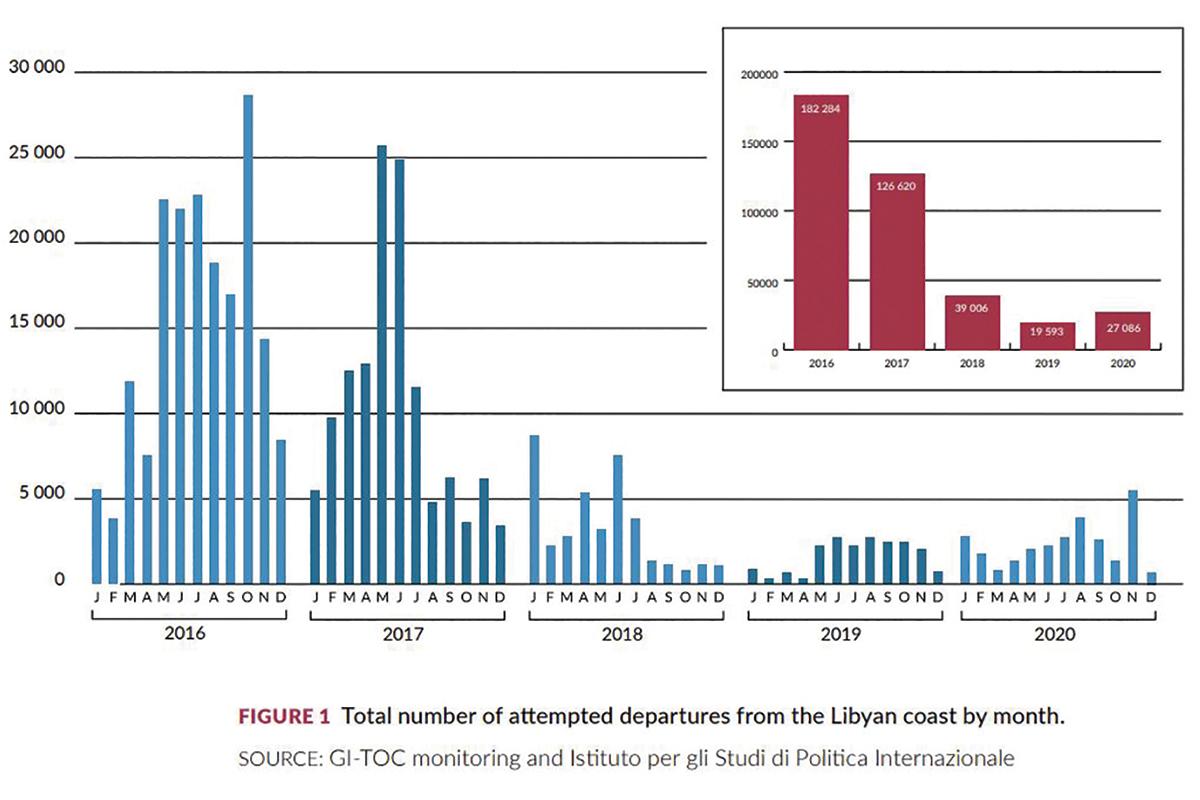 However, some have still maintained a foothold in human smuggling and trafficking in a more subtle manner: they turned their attention on detention centres. Problems with the ransoming of migrants and their extortion for money in exchange for freedom, or even selling migrants into indentured labour, have been chronic issues in Libya but they have intensified in recent years.

“The human smuggling industry has gone from monetisation of movement to monetisation of captivity,” Micallef said, adding that there were currently some 3,000 people in detention centres. There have been times when that number went up to 5,000 or more.

And although detaining people in centres might be touted by some as proof of local enforcement in the country’s fight against human trafficking, asylum seekers continue to be the ones bearing the brunt of the law enforcement, not smugglers.

There have been very few arrests of smugglers – asylum seekers are the ones who are rounded up and punished, Micallef added.