A century ago, when a pandemic wiped out five per cent of the world’s population, warnings to avoid spitting on the floor and allowing sunlight into one’s house were today’s equivalent of getting vaccinated and washing one’s hands. 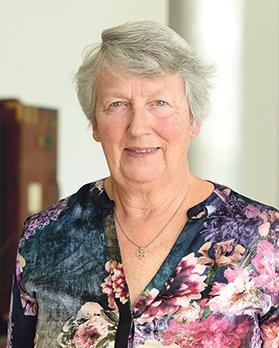 Just like any other country, Malta was not safe from the Spanish flu but a widespread awareness campaign and rigorous quarantine ensured the island suffered the smallest number of casualties.

Jane Orr, who lectures on the history of medicine, will on Thursday recount to an audience in an event hosted by Fondazzjoni Wirt Artna what the Maltese population and the government had done to keep the flu at bay.

The island registered the lowest death rate across all of Europe. Only eight per cent of the Maltese population were struck by the deadly and infectious bout of H1N1 strain flu between 1918 and 1919, compared to 23 per cent of the UK’s population.

In just four months – between August and December – there were 11,600 flu cases in Malta, with 551 eventually succumbing to the viral infection.

By the end of the influenza pandemic, Malta lost 0.3 per cent of its population to the flu, compared to Samoa’s 20 per cent, Italy’s 1.3 per cent and Great Britain’s 0.6 per cent.

Asked about today's relevance to a 100-year-old pandemic, Dr Orr noted that today’s H1N1 virus was the same doing the rounds then. However, a repeat with the severity of the Spanish flu was expected only every 300 years or so and, thus, learning how the world coped medically back then could help us today if such an outbreak occurred with such force, she said.

According to Dr Orr’s research, the chief government medical officer, Attilio Critien, had sent a leaflet in every household, warning people about complications and ways to ensure the pandemic did not spread.

Those going through an “attack” should use a handkerchief when coughing and sneezing, he advised, calling on people not to spit on the floor or in the street.

Sunlight was also a good shield against the flu because it dried and destroyed the virus. The leaflet asked people to stay away from work and crowded places and to allow as much air and light as possible into their living rooms.

Dr Critien had also deployed officers to places such as theatres to make sure they were not overcrowded, trams were disinfected daily, people were quarantined on Manoel Island and clothes of the deceased were burnt and barred from being pawned at shops.