A new mural which appeared at the university skatepark wants to make a statement of the way Malta has a tendency to sweep its problems under the carpet at the altar of greed.

The large mural, which is found at the entrance leading from university, is the work of the artist Twitch, who had previously painted the Joseph Muscat graffiti at the skatepark as well as various other murals around the island.

Portrayed under the carpet from the left to right is the death of the environment, Daphne Caruana Galizia's bombed car, Pilatus Bank and Panama Air, all being "conveniently slowly shoved away from the public eye", the artist said.

Entitled 'Under the Carpet', the mural showcases the "surreal situation in Malta which is run by vultures eager to scavenge as much cash as possible while all the serious issues seem to get conveniently swept under the carpet."

The graffiti was completed in a week during the Upper Crest Festival. 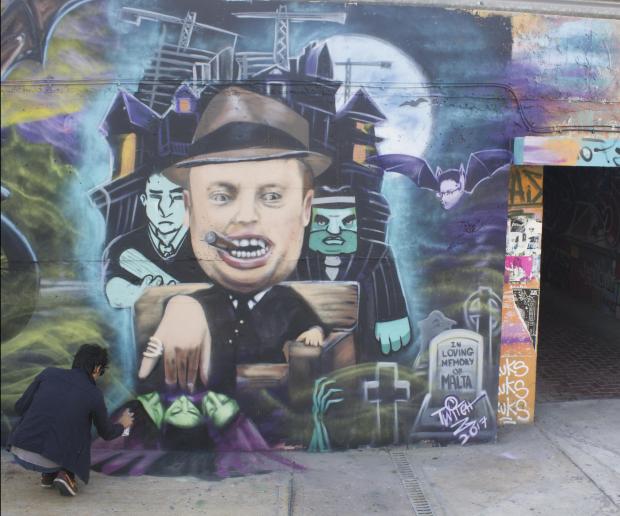 The artist was also behind the Joseph Muscat mural.