E-scooters are cheaper than taxis, less effort than a bike and more convenient than buses. But as the number of incidents on the road rises, there's a growing global backlash.

Many are calling for tighter regulations as reports of e-scooter related accidents  increase, leaving authorities grappling with the question of how to put the brakes on a trend that is rapidly wheeling out of control.

From London to Berlin concerns are growing. There have been more than 200 accidents in Vienna alone since the introduction of the e-scooter there last October. Last December Madrid announced that it was banning them after a 90-year-old pedestrian was killed by an electric scooter.

The use of electric scooters in public is permitted in many countries, such as Germany, France, Italy and Israel. As proposed new laws in Malta are published, here's how they would compare with other countries grappling with the issue around the world.

E-scooters have become a regular sight on Malta's roads, particularly in the urban Sliema area where they are an easy way to get from A to B without walking in the summer heat or getting stuck in a traffic jam. Taxi company Bolt has recently started to rent them for hire.

Under proposed new laws, announced on Monday and currently up for a 20-day public consultation, riders must be 18, hold a driving licence and be insured.

They will be banned from arterial roads, underpasses and tunnels (with fines of up to €500) but can be ridden in urban areas and cycle lanes.

All e-scooters will have to be registered and licensed with Transport Malta. The the maximum speed is 10km/h on promenades and pedestrian areas, and 20 km/h on roads.

Anyone riding at night will have to wear a high visibility vest and helmet use is not mandatory, though the authority is recommending them. 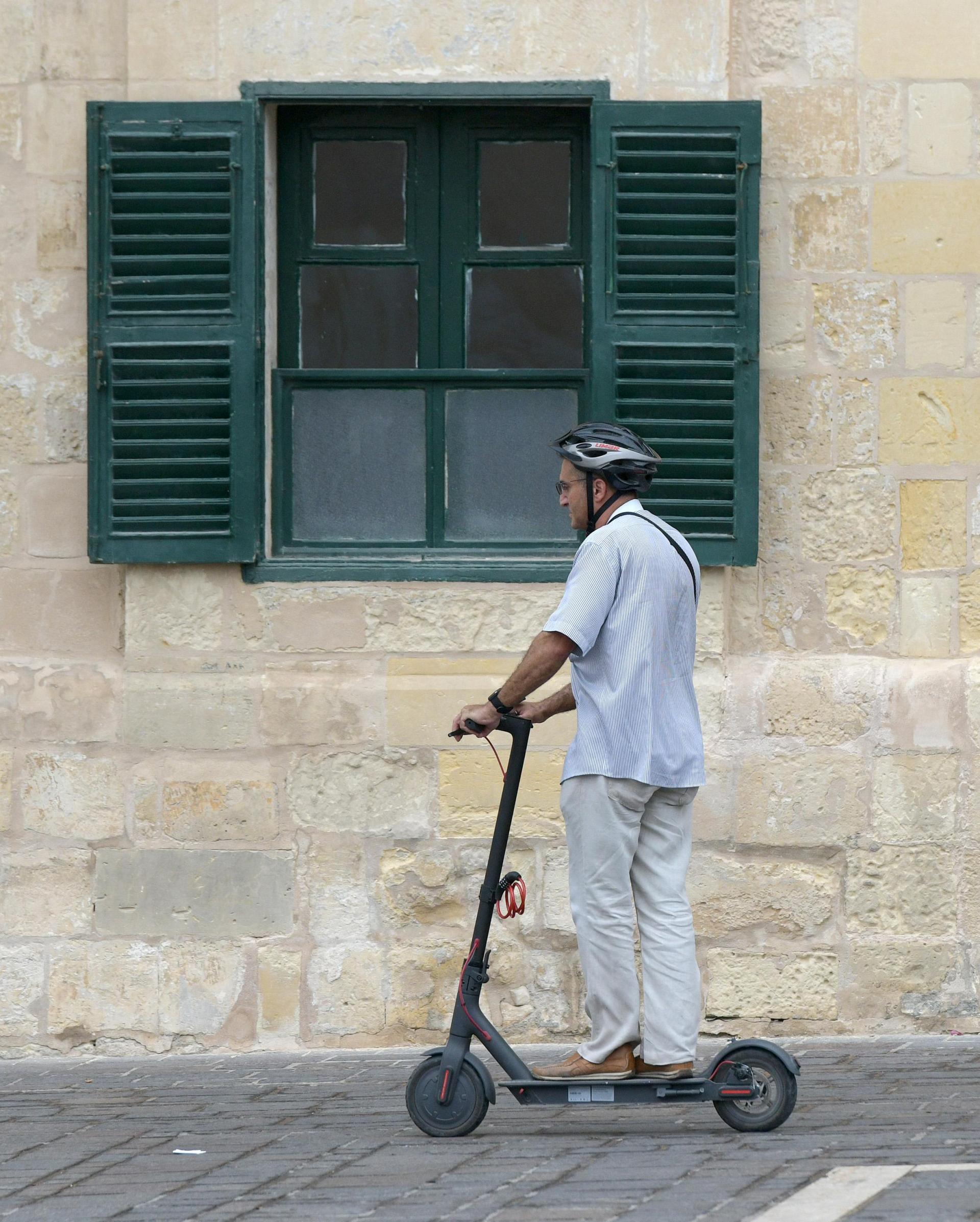 E-scooter users in Malta need to be over 18, hold a driving license and be insured. Photo: Matthew Mirabelli

Thousands of e-scooters are on the streets of Tel Aviv after commuters adopted them as a way to navigate the city's chronic traffic problems. Two companies, Lime and Bird, hire them out as a means of transport, with great success.

However, when the country saw an increase in injuries and fatalities, they brought in laws for personal use and, more recently, for companies hiring them out.

Riders must wear a helmet; be at least 16; and hold a driver's license or have passed a written test.

The municipality also announced that from August, scooter rental companies will be required to have appropriate docking facilities at specific locations around the city. The companies will be fined when scooters are left randomly on sidewalks, which pose a danger to pedestrians. 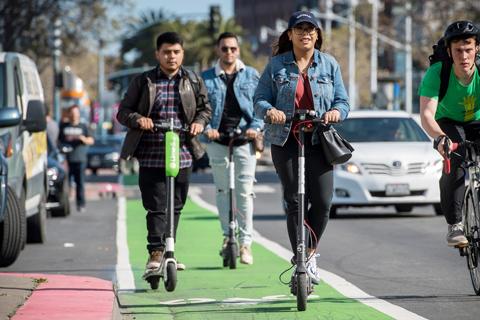 France is also bringing in new legislation for e-scooters, but unlike Malta, riders can be very young. Children as young as eight will be allowed to use them from September.

The e-scooters are banned from pavements and the speed limit on roads is 20 km/h with helmets mandatory for the under 12s.

In Lyon, the shared e-scooter operator Lime has newly introduced a GPS-based speed limiter where, within the city’s pedestrian zone, vehicles are restricted to 8 km/h.

Lights, reflectors, a horn and brakes are all mandatory on the e-scooters while users must wear a reflective vest in poor visibility conditions.

In the UK the 1835 Highways Act currently makes the use of e-scooters, segways and hoverboards illegal on both roads and pavements.

“Saying the legislation is failing to keep pace is perhaps an understatement,” Transport for London’s director of transport innovation, Michael Hurwitz, told The Guardian. “We are still talking about the 1835 Highways Act.”

The strict law classifies the scooters as motor vehicles that require drivers’ licenses and are subject to tax and insurance. According to an article on Bloomberg, in March, the UK government opened a major review of current mobility laws, including the Highway Act, during which the ban on e-scooters will be reconsidered.

The only place where it is currently possible to hire one in Britain is the Queen Elizabeth Olympic Park in east London. Opened for the 2012 Olympics, the park is effectively private land, and touts itself as the UK’s “sandbox” for micromobility and innovative transport. 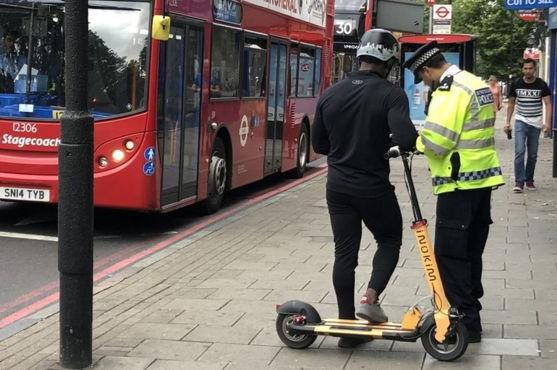 E-scooters being illegal in the UK

In July Italy’s transportation ministry set new rules for e-scooters, Segways, hoverboards and other electric forms of transport because of their popularity, particularly in Milan, Turin and the seaside city of Rimini.

The speed limit is higher than Malta's proposed limit on roads but lower in pedestrian areas.

E-scooters can be driven at a maximum speed of 30 kilometres per hour on roads; 20 km/h on bicycle lanes and 6km/h in pedestrian areas.

The use of a helmet is recommended.

However, under the new laws, cities must specify exactly where e-scooters can be ridden, making them technically illegal  on, for example, Milan's roads, which do not yet carry the signs. 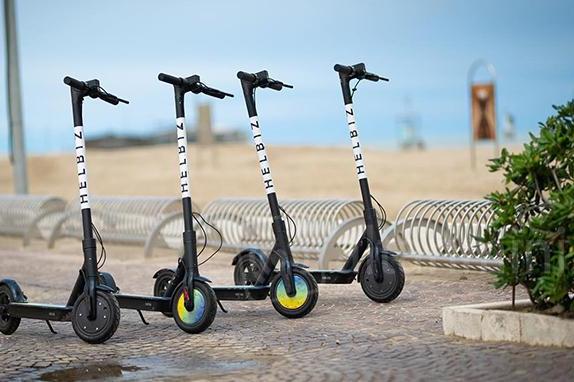 Bike-friendly Amsterdam has taken a no-tolerance approach to e-scooters. The Dutch capital has over 600 km of cycle paths, but with nearly half the population traveling by bicycle each day, some of those pathways have become dangerously crowded even before the arrival of e-scooters. In an attempt to ease the pressure, the Dutch government forced mopeds, which were previously allowed in bike paths, into the road with cars.

E-scooters, however, fall under the legislations drafted for Segways, that requires motorized vehicles to come equipped with air tires and double brakes, before they can be certified for public use in bike lanes. So far, no manufacturer has met the requirements so they are outlawed.

“I don’t think Amsterdam is very interested in changing the current situation,” says Maud de Vries, cofounder and managing director of BYCS, an Amsterdam-based organization that promotes cycling. “There’s not enough space for bikes as it is. And with their speed difference, the accidents, and the environmental impact, a lot of people just don’t see the advantages of them.” 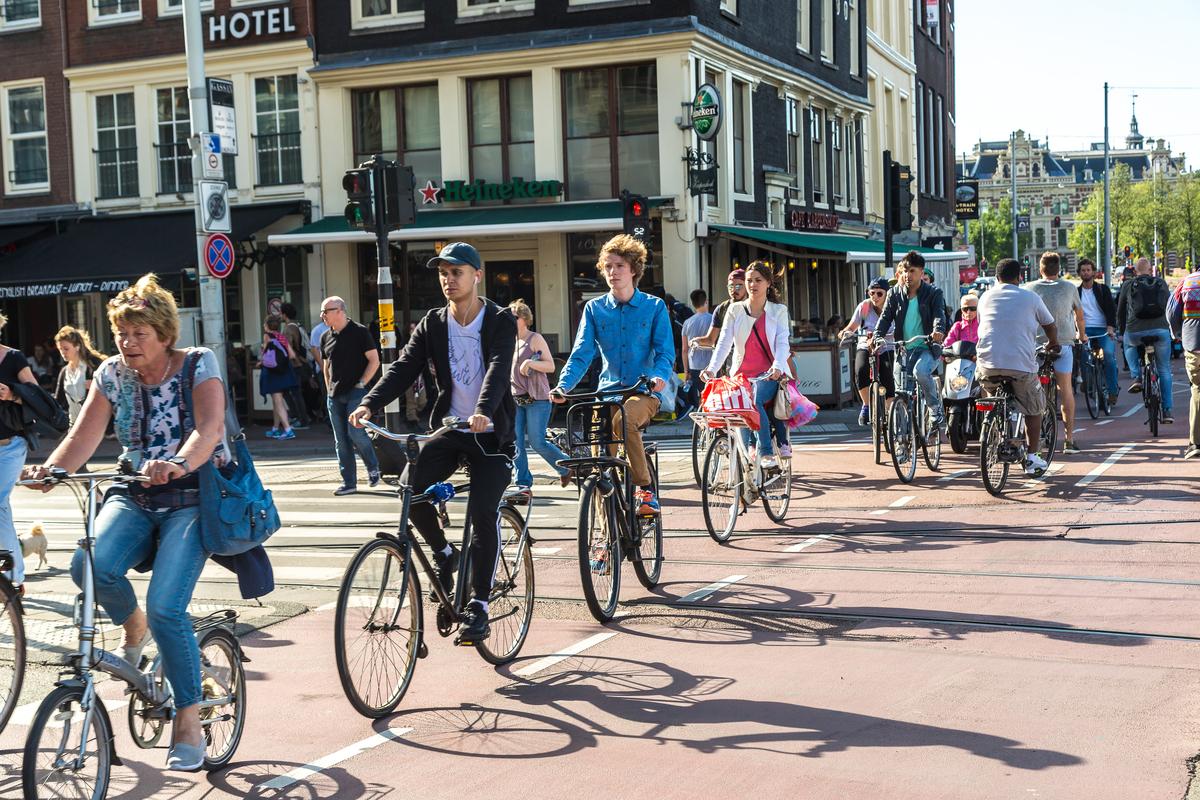 In The Netherlands, no currently-produced e-scooter meets the legal bar for use on Amsterdam's streets. Photo: Shutterstock