One of the best kept secrets of World War II is that the island was being run on the work done by women, according to research on female unsung heroes.

“Wartime history has been written by men and, 70 years on, it is about time to share the story of the emancipation of a whole generation of Maltese women – albeit for a brief period – as a result of the war,” Simon Cusens told this newspaper. 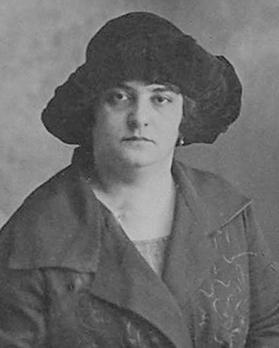 Irene Condachi, a doctor who single-handedly inoculated and examined at least 20,000 school­children under war conditions.

Mr Cusens will soon be publishing a book based on research he recently carried while reading for his Master’s degree, the first academic study into the role of women in WWII Malta.

He was speaking to the Times of Malta ahead of a talk in aid of charity organised by the Grand Commandery of the Castello on Friday.

Run by Mabel Strickland, the newspaper had a crucial role in uplifting the moral of people during the war, he said.

One of Mr Cusens’s favourite unsung heroes is Irene Condachi, who single-handedly inoculated and examined at least 20,000 schoolchildren under war conditions and without any means of transportation.

A woman of Maltese and Greek Orthodox descent who lived in Luzio Street, Sliema, Dr Condachi was one of the only two WWII female doctors that Mr Cusens knows of.

In 1941 and 1942, she hitched rides and walked from one government school to another to examine between 10,000 and 15,000 children a year. Dr Condachi used to prescribe a petroleum-based ointment for those with scabies and she is credited with eradicating the condition from government schools.

As the war progressed, she was joined by an ophthalmic doctor and a dentist and the team started the school medical service.

Mr Cusens believes that, because of her Orthodox background, Dr Condachi was not under the Church’s hold as much as fellow women were. In fact, women working outside of their home were frowned upon and considered taboo 70 years ago. But the looming war, which saw all men aged 16 and up conscripted for military service, led to a sudden shortage of public service and labour intensive workers.

From teachers to farmers, many men disappeared from the workforce and this led to a compromise between the Church and the government. The colonial government managed to persuade the Church to call on parishioners to join the passive defence services. At least 10,000 women came forward and enrolled as first aiders, air attack and anti-gas instructors, aid-detachment nurses and secretaries, among others.

One of these women was Mary Ellul, popularly known as ‘Mary the Man’, from Sliema. She was a woman with phenomenal strength, reputed for dealing with rowdy sailors by chucking them into the Sliema sea when she worked as a bouncer after the war.

During the war, the white-haired, tall and tanned air raid warden would rescue people from under the rubble and she is mostly remembered by those who survived the war for her rescue efforts following the attack on St Rita Street, in Sliema.

Mr Cusens, the grandson of an Englishman, Thomas Cusens, who served in the Royal Artillery during the war, will be speaking about more female unsung heroes on Friday at 7.30pm at the courtyard of Castello Lanzun, Sanctuary Street, Mensija, San Ġwann.

Organised by the Grand Commandery of the Castello, a jurisdiction of The Military and Hospitaller Order of Saint Lazarus of Jerusalem, and supported by Palazzo Prince d’Orange, the talk is open to the public.

Proceeds will go towards the Commandery’s GCC’s charity fund that focuses on assisting organisations working for lepers in India, Ethiopia and Uganda. One such organisation is Women in Need in India.

For more information about this charity visit http://grandcommanderymalta.org/charity-work .