Pensioners who cash their cheques at an HSBC branch will as of January be charged €5 if they do not have an account with the bank.

The €3.84 increase is a jump from the current rate of €1.16 and is one of several fee hikes, with most related to cashing foreign cheques.

“The new charge reflects the operational costs incurred,” an HSBC spokesperson told Times of Malta, but would not elaborate further.

HSBC already charges a €5 fee to non-customers for cashing other cheques, including those issued by HSBC itself.

Interest rates across several HSBC accounts (see table) are also being slashed. For example, an online savings account up to €25,000, has a current interest rate of 0.15%. From next year this will reduce to 0.00%.

Student accounts are also in the firing line. As it stands, a bank customer attending third-level education currently receives a 0.50% rate on their account balance, up to €5,000. But from January 6 this will go down to 0.25%.

"Negative interest costs on deposits are largely absorbed by the bank as HSBC Malta does not believe it is right to charge personal customers negative interest rates," the spokesperson said. 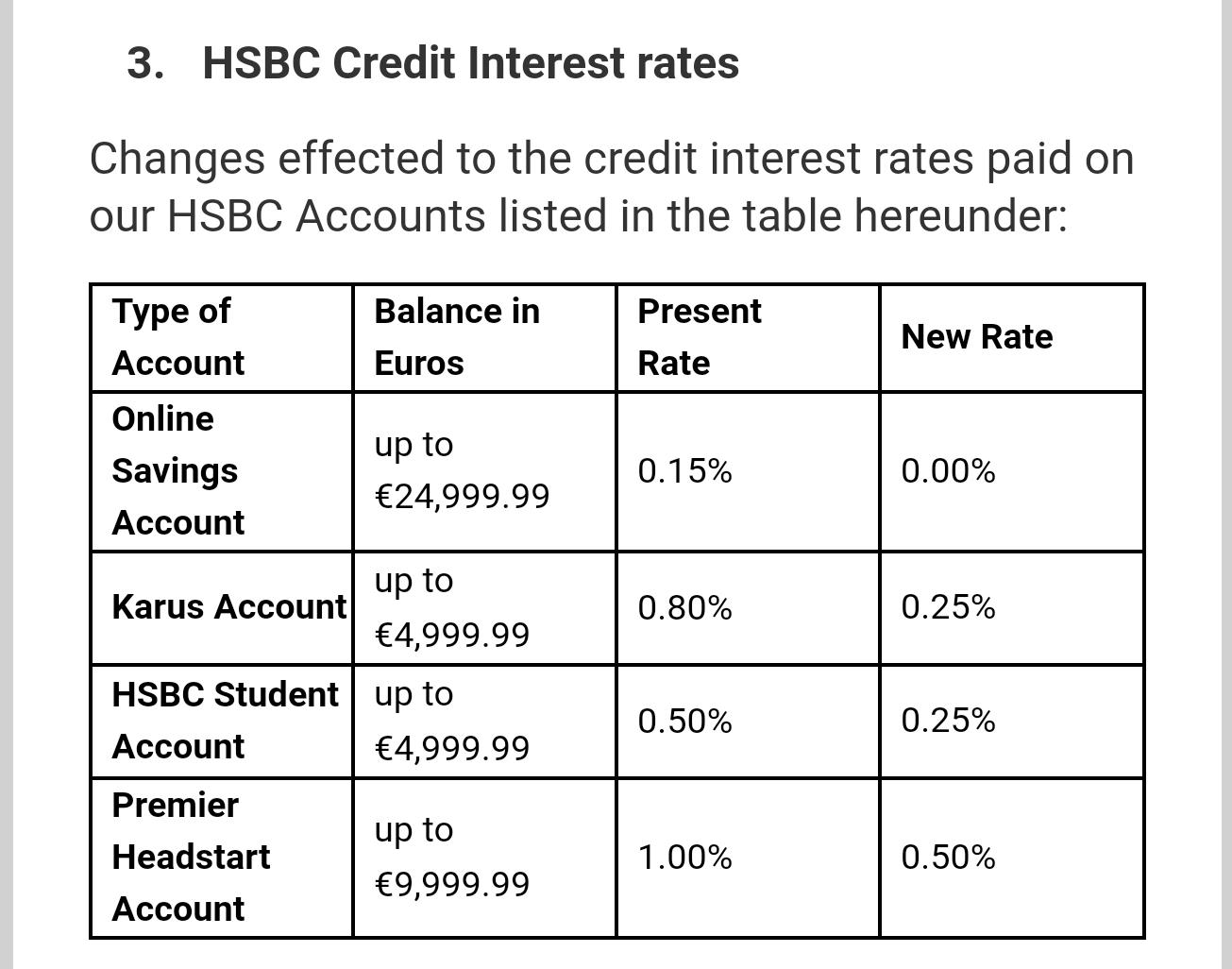 Interest rates have been slashed on some savings accounts

The University of Malta's Students’ Council (KSU) says it's concerned by the move. President William Farrugia told the Times of Malta: "The years spent studying are a financially precarious and sensitive time for students and any schemes which provide benefits or advantageous rates serve to encourage students with their studies. We are concerned by the bank’s decision to half the interest rate for student accounts and in the market interest rate in general, however we worry more about any measures which could increase financial burdens or expenses on students. The livelihood of students is already under a substantial burden with the increased cost of living in general, and limits on means available for students to have a suitable disposable income. We will continue following up on this matter through ongoing discussions with stakeholders and authorities on improving the financial situation of University students." 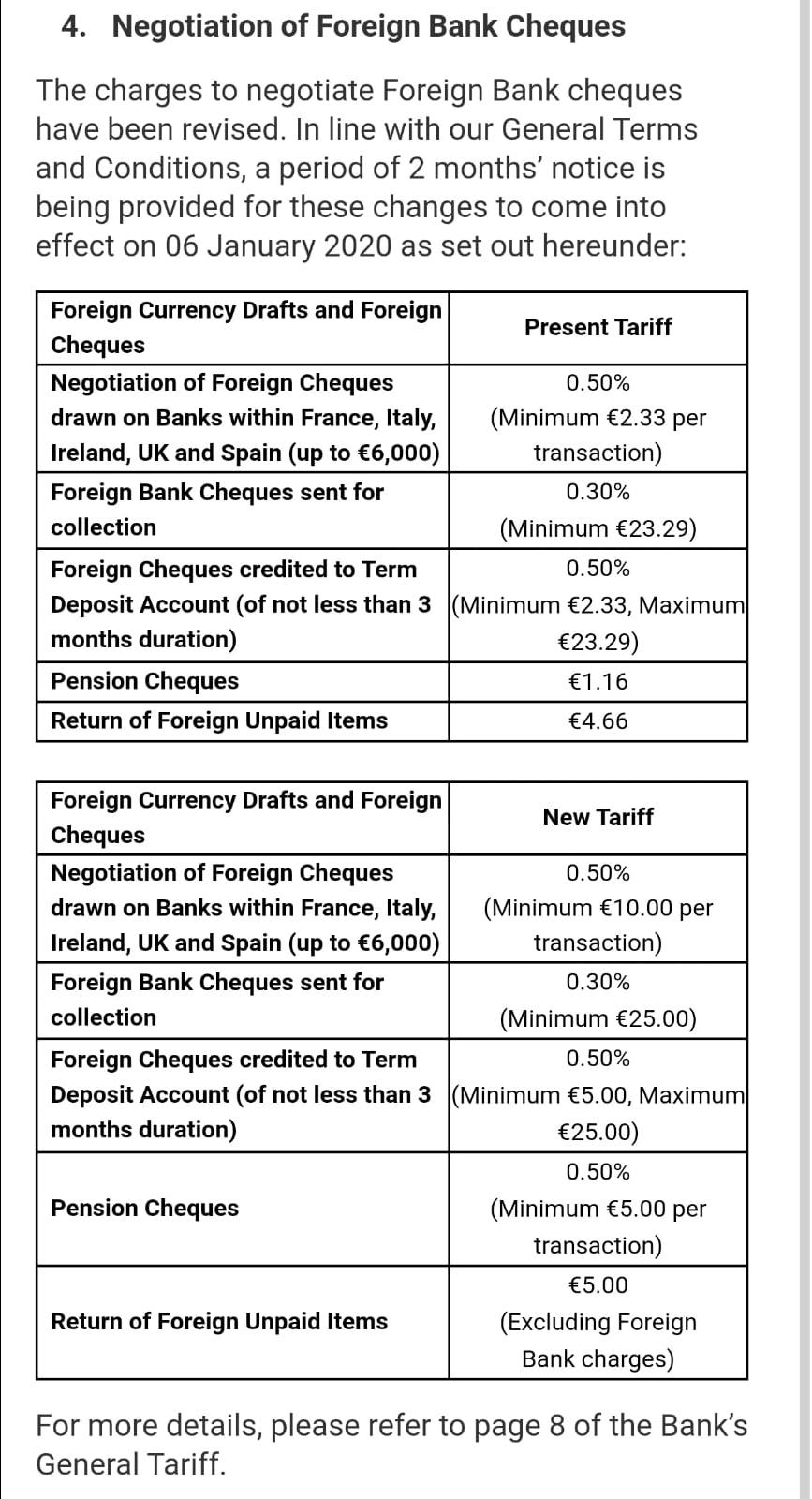 Maya Dimitrijevic, President of the 'Young Progressive Beings' - a group which represents the concerns of students and young people - also said she's disappointed by HSBC's decision.

"This is another example of how some members of society are being left behind. Cutting interest rates on student accounts means they can yield no interest. This is a concern amidst rising rent prices, high food costs and an ever-increasing cost of living. This is deterring young people from the possibility of independence. We feel that more must be done in order to safeguard the future livelihoods of Malta’s young generation."

Among the other announced changes, HSBC said it would modify some conditions related to its Premier and Advance insurance terms and conditions. Revised terms are available online.

The move comes just days after the international bank announced that its branches in Birżebbuġa, Cospicua, Fgura, Ħamrun, Marsascala, St Julian’s and St Paul’s Bay will close by the end of 2019.

HSBC says all of these recent adjustments are its attempts to future-proof the company.

“The strategic actions recently announced reflect HSBC Malta’s focus on digital services and modernisation of branches to align with customer banking patterns and to offer the highest level of customer experience.”

Correction October 22: The €5 fee for cashing pension cheques is applicable to all non-HSBC customers, not foreign cheques.