Banking giant HSBC is to close eight branches in Malta, it announced on Thursday.

The branches that will close by the end of the year are at Birżebbuġa, Cospicua, Fgura, Ħamrun, Marsascala, St Julian’s and St Paul's Bay.

Balzan branch will also close and be combined into a new 'flagship branch' in Qormi, the bank said in a statement.

The bank did not say how many staff would be affected but that it would be offering voluntary redundancy schemes.

HSBC Malta's CEO Andrew Beane said:"No employee is going to be asked to do anything they don’t want to."

In an announcement on the Malta Stock Exchange, the bank said it was part of a strategic plan to "focus on digital banking services" and "to modernise its branch network".

The bank said it would maintain a self-service ATM and deposit machines in any locality where a branch would close.

This would enable it to maximise the opportunities from the rapidly changing way customers are using banks, building on the investment it has undertaken in digital capabilities this year.

These would be complemented with the creation of a new flagship branch, the development of new wealth management centres, and more flexible access to a range of self-service solutions delivered through a more cost-effective operating model. 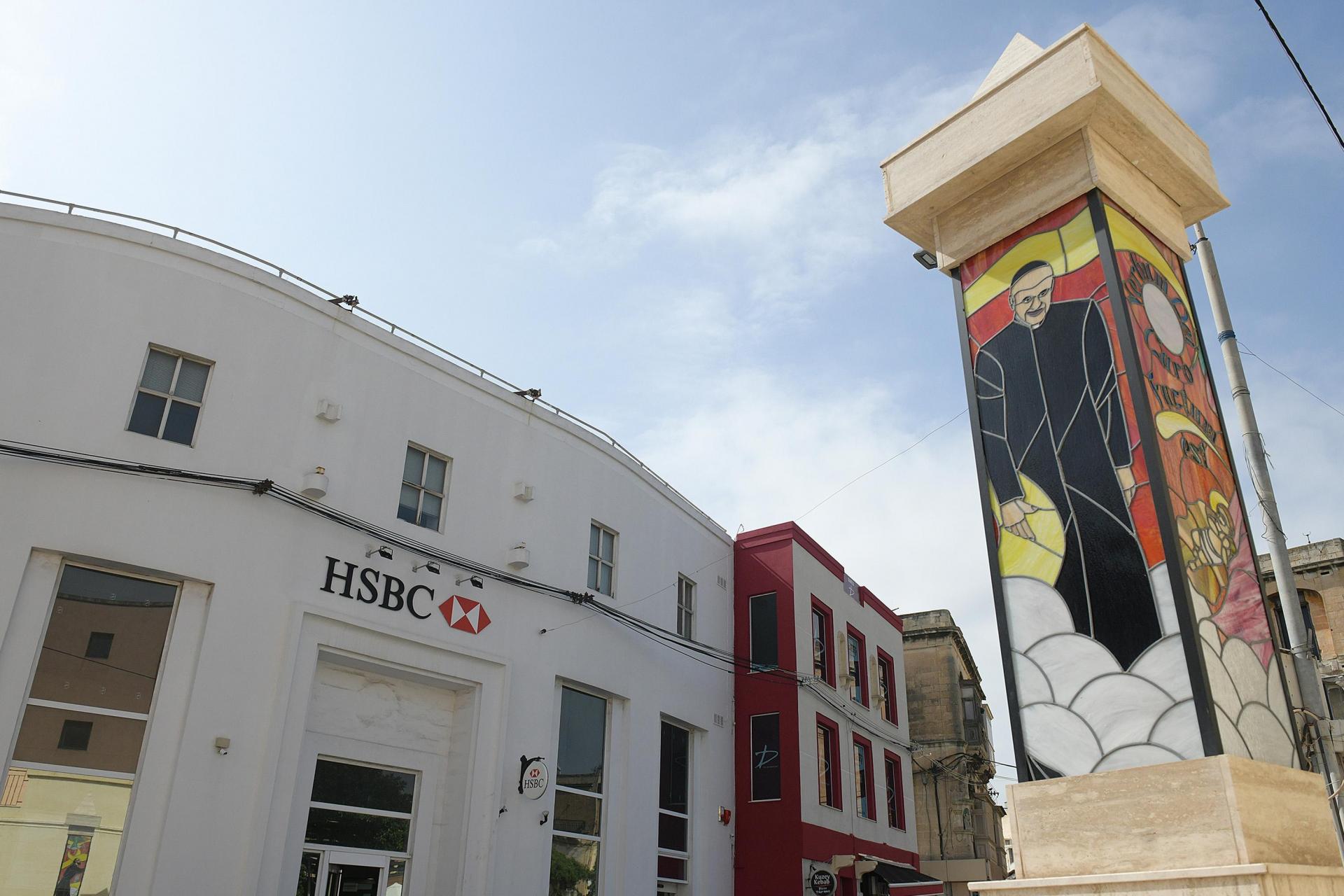 HSBC's Ħamrun branch is one of eight to close across the country. Photo: Matthew Mirabelli

These actions, the bank said, were aimed to help mitigate the long-term impact of negative interest rates on the bank’s profitability in Malta.

The changes to the stores would now include:

It said it would continue to operate full-service branches in Birkirkara, Gżira, Swieqi, Rabat, Żejtun and Żurrieq and invest in customer service centres in Mellieħa, Żabbar, Żebbuġ and San Ġwann.

Branch banking, the bank said, would continue to be a critical part to its service offering for the long term.

However, what branches did for their customers and how and when they did it was changing.

“The bank expects, subject to union agreement, a reduction in roles within the organisation on a voluntary basis," it said.

“The restructuring costs to deliver these changes would be booked in the 2019 financial results but as the programme was voluntary, the amount would depend on the number of applications.”

It said it would make a further company announcement in due course.

Parliamentary Secretary for Financial Services Silvio Schembri welcomed HSBC’s 'proactive' action to adapting to new trends within the digital scenario which complimented the government’s policies in the sector.

He said that the government took note of the changes and hoped the communities directly affected by the closure of branches would be consulted.

Mr Schembri hoped the process to open basic bank accounts would be hastened and simplified.

Something 'very wrong' in banking sector

The Nationalist Party said the banking sector in Malta was hitting the news for all the wrong reasons: branch closures, remote gaming account closures, suspension of licenses, closure of banks because of money laundering irregularities and loss of correspondent banking.

It said in a statement that something was clearly "very wrong" on the banking front.

His government had destroyed the sector's very foundations, it said.

However, former Labour leader Alfred Sant said it vindicated his party's opposition back in 1999 to HSBC's acquisition of Mid-Med bank for €191 million (Lm82 million).

"How right we were almost 20 years ago to contest the selling off of Mid-Med bank by the PN government for cheap to HSBC," he said.

"The latter has creamed the Malta market, small as it is, leaving the burden of financing new developments to BOV.

"Now HSBC cuts services (prepares to leave?) as part of its response to its low profitability worldwide!"