Hundreds of people on Sunday took part in the biggest protest so far in Malta against rules meant to control the spread of COVID-19.

They walked from the parliament building to the palace in Valletta, protesting over regulations that come into force on Monday requiring people to produce an updated vaccination certificate, including the booster shot, to enter most venues.

Similar protests against vaccination certificates have been held in many European capitals.

As they walked down Republic Street, many of those present  shouted “liberty”, and “no green pass”.

They carried signs saying “Is it really about health?”, “the vaccine is poison” and “my body is not state owned”.

They argued that rules such as those coming into force on Monday should not be mandatory, not least because they discriminated.

Most wore COVID masks and police were seen approaching those who didn't.

One of the protest’s organisers, Raymond Ambrogio, called on Prime Minister Robert Abela to repeal the measures.

“Prime Minister, you are the one who makes all the decisions,” he said.“If (Health Minister) Chris Fearne doesn’t like it, he can resign. These are the actions of a dictatorship.” The mention of Health Minister Chris Fearne’s names elicited loud booing from the people gathered. 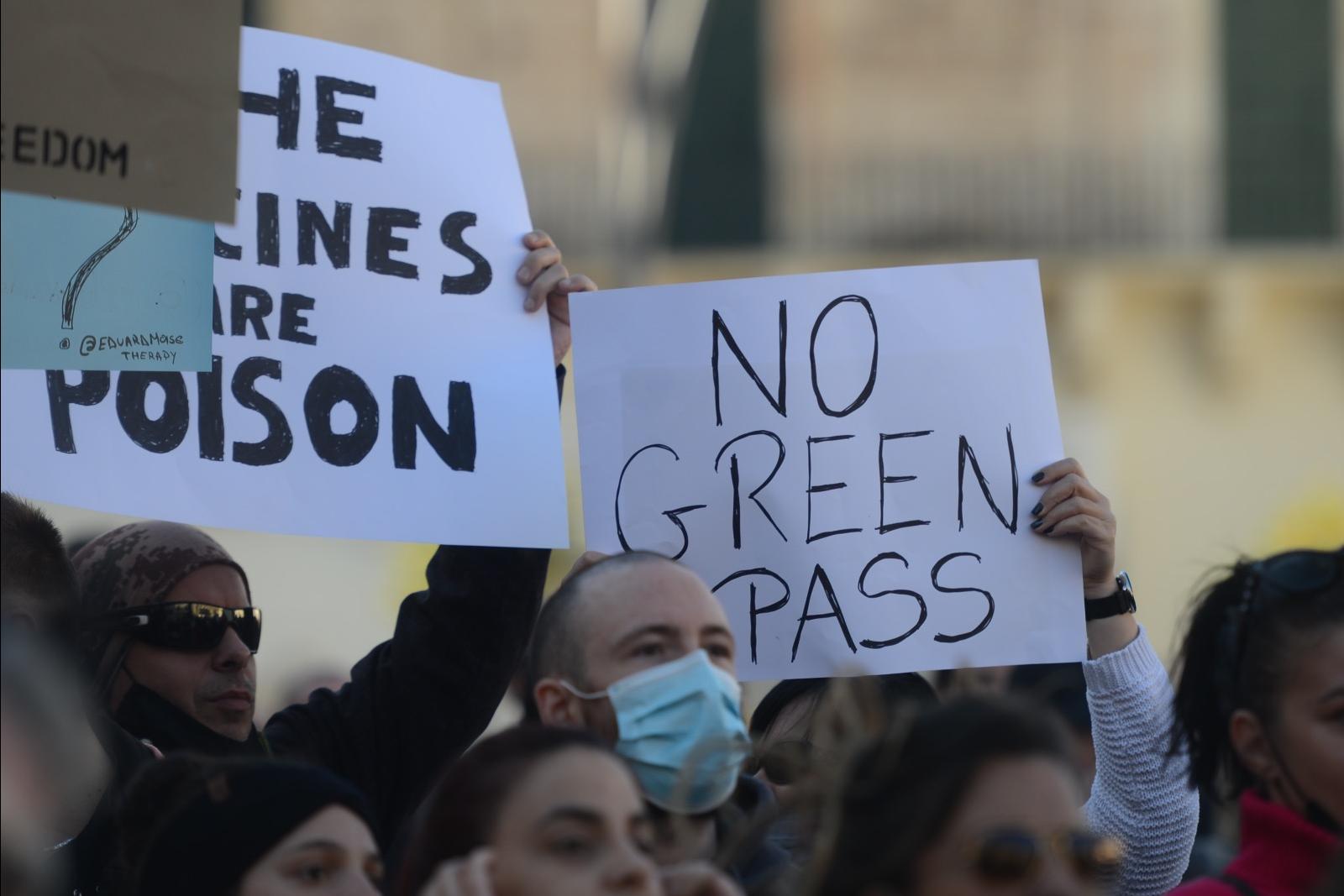 Partit Popolari leader Paul Salamone said that politicians should be ashamed for promoting vaccination and he claimed that vaccines were injuring people and leaving them disabled.

He criticized Opposition leader Bernard Grech as “two faced” for saying that the PN did not support the green pass while still encouraging people to get vaccinated. He also added that Archbishop Charles Scicluna would be “kicked out of heaven by God himself” for only allowing vaccinated people to attend mass in Church. There are no such rules for mass attendance.

Another speaker, Clint Calleja claimed that the green pass was a precursor to people being forced to get microchips, while Alex Dragu went so far as to compare vaccination programs to “genocide”.

The gathering also heard statements going so far as to draw comparisons to  Adolf Hitler because people were being divided like Hitler divided the Jews.

Some of those present even wore yellow paper stars as the Jews were forced to by the Nazis, saying it reinforced their point about people being discriminated against. 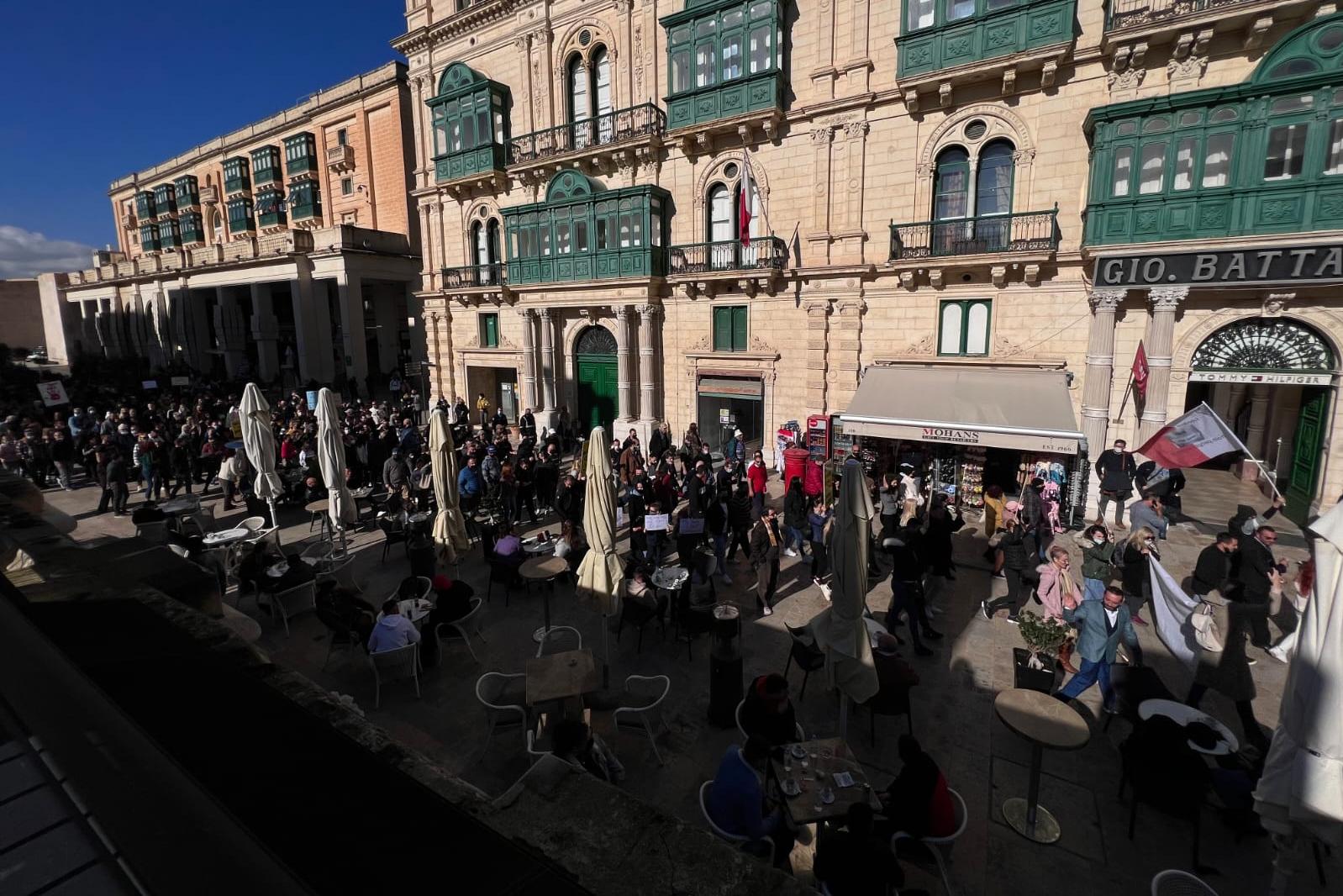 Fearne defended the new measures last week, pointing out that more than 70% of the population would have received the booster shot by Monday, and exceptions were being made for many of those who couldn't, such as those who tested positive recently.

The Nationalist Party last week came out against the rules, saying that they do not strike the right balance between public health and people’s freedoms, given that two-thirds of the adult population has already received a booster dose of the COVID-19 vaccine. 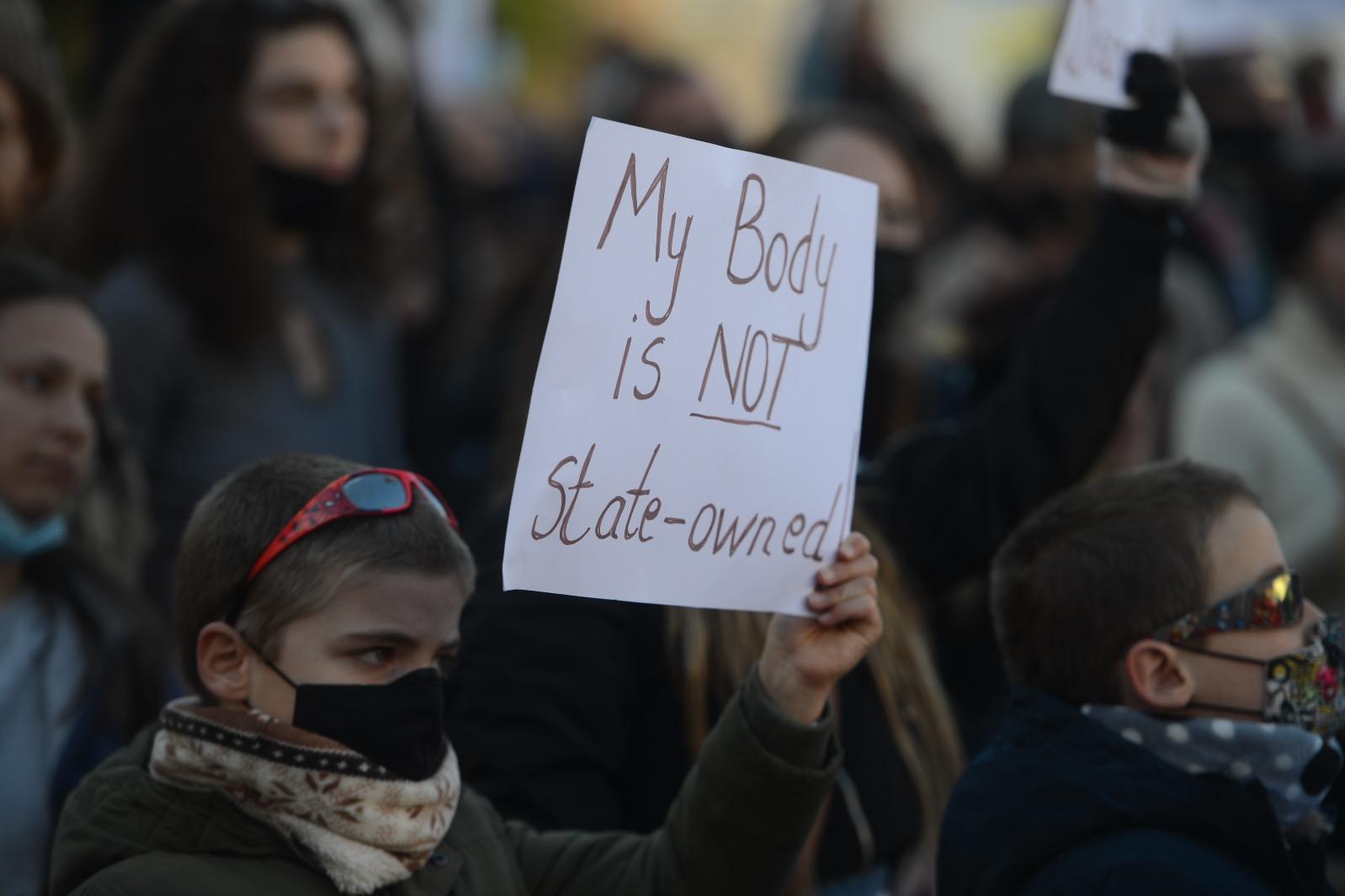