Updated 6.08pm - Shaun Demicoli, 37 of Birzebbuga was sentenced to three months imprisonment and had his shotgun confiscated this afternoon after he admitted to shooting and injuring a lapwing bird early this morning. He also admitted breaching bail conditions imposed in 2011 and last year and relapsing. His pending cases include a charge of attempted murder of a Tunisian man.

Wearing a bus driver's uniform, Mr Demicoli told the court that he did not know that that kind of bird could not be hunted in spring.

Mr Demicoli also had his hunter's licence suspended for three years and was fined €200 for breaching the bail conditions. The court recommended that he should not lose his job, which he was given only recently.

He said he would appeal and walked out of court - the sentence only comes into force once the appeal is decided. 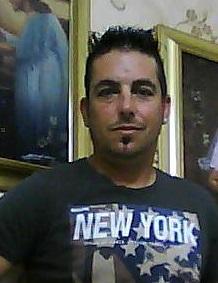 The bird, which was handed to the police, was shot between Birzebbuga and Hal Far even though, in terms of Spring hunting rules, only turtle dove and quail can be legally hunted, in limited numbers.

The FKNK hunters' federation said the offender was reported by other hunters. He is not one of its members.

It appealed to other associations to suspend him if he is their member, and said abuse will not be tolerated.

The incident followed another yesterday when Stefan Micallef, 43, of Naxxar, shot a protected cuckoo in Manikata. He was filmed by Birdlife volunteers hiding the bird under a bush after shooting it.

Mr Micallef told a court that he mistook the cuckoo for a Turtle dove, but was fined €2,500 and had his licence suspended for three and a half years. His shotgun and ammunition were confiscated. The sentence came with a stern warning from the court that protected species must not be shot.

Following the referendum, won by those in favour of the spring hunting season, the Prime Minister Muscat stressed on Sunday that illegal hunting would not be tolerated.

The incident yesterday was followed by a backlash on social media calling on Prime Minister Joseph Muscat to keep his word with #josephzommkellmtek and #closetheseason.

Earlier today, the Parliamentary Secretary for Animal Welfare, Roderick Galdes was asked to define what the prime minister meant when he said that the season would be closed if there was flagrant abuse.

He told the media there had to be major abuse such as happened last autumn when the season was closed.

Mr Galdes said the hunters appeared to be very careful and law enforcement was working, as evidence yesterday. The situation was calm, he said, and one should not try to give the impression that there was some kind of war in the countryside.

Kaccaturi San Ubertu (KSU) in a statement said it commended the immediate action taken by the authorities in apprehending and sentencing the persons responsible of shooting protected birds.

"Today’s incident, where a protected bird was shot, exemplifies ignorance on the part of the perpetrator being unaware that spring hunting is only practiced on turtle dove and quail. It also highlights an ambiguity in our gun licensing system where a person with a criminal record involving aggression of a police officer and a pending case of attempted murder is allowed a gun licence."

The association said Mr Demicoli is  not one of its members and could never be eligible for membership in view of his character.

"It is inconceivable that the perception of hunting is tarnished by those who should not be eligible for a gun licence and are totally ignorant of hunting laws. KSU call on the authorities to rescind gun and hunting licenses held by any such persons," the association said.