The Ħal Saflieni Hypogeum skulls, which have captured popular imagination since they were unearthed at the beginning of the past century, are on display at the National Museum of Archaeology in Valletta.

The display, called Alien Headaches? The Hypogeum Skulls Enigma is open from Thursday to Sunday between 10am and 4.30pm.

The skulls have long generated debate and interest due to the fact that Sir Temi Zammit described them as being “of the long-headed type” during excavations in the first decade of the 20th century.

On Monday the National Heritage Ministry said that people often ask to see the “elongated skulls” and several film crews have included them into narratives that feature extra-terrestrial creatures.

The Hypogeum skulls are usually kept in the reserve collection and have not been publicly exhibited since 1995. 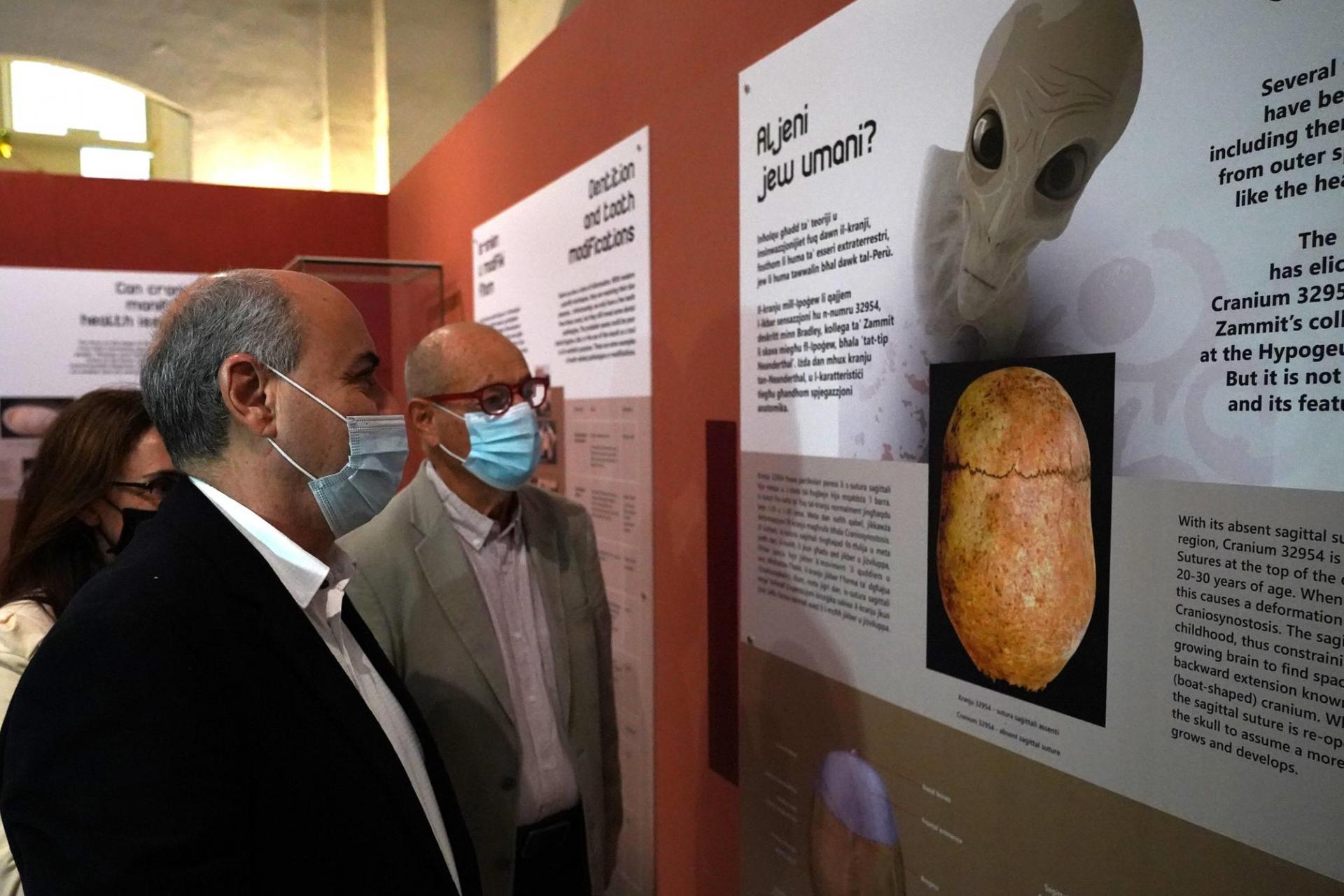 Heritage Malta members and Heritage Malta Children’s Passport holders can view the exhibition for free, while entrance is set at half price for accompanying adults.